The great thing about sports is that they are a perfect example of how humans are both the most advanced beings on the planet, while also still being a bunch of animals at heart. I mean if you actually think about it, professional sports are wild. It's an organized event where one group of humans engages in competition with another group of humans, where each group of humans then have larger groups of humans who cheer them on in said competition. What other creatures on the planet could organize an event like that? The answer is none of them. Out of every living species on this planet, humans are the only ones who could ever do something like that.

The event itself is a pinnacle of what we as humans can achieve. But while you're at the game, we're all just a bunch of big dumb stupid animals. We love the violence. We get easily excited by people throwing out free t-shirts like a dog getting excited when somebody throws a tennis ball. And most importantly--people love to see some boobs at the game. And my lord, what a set we all got to witness in Buffalo yesterday. 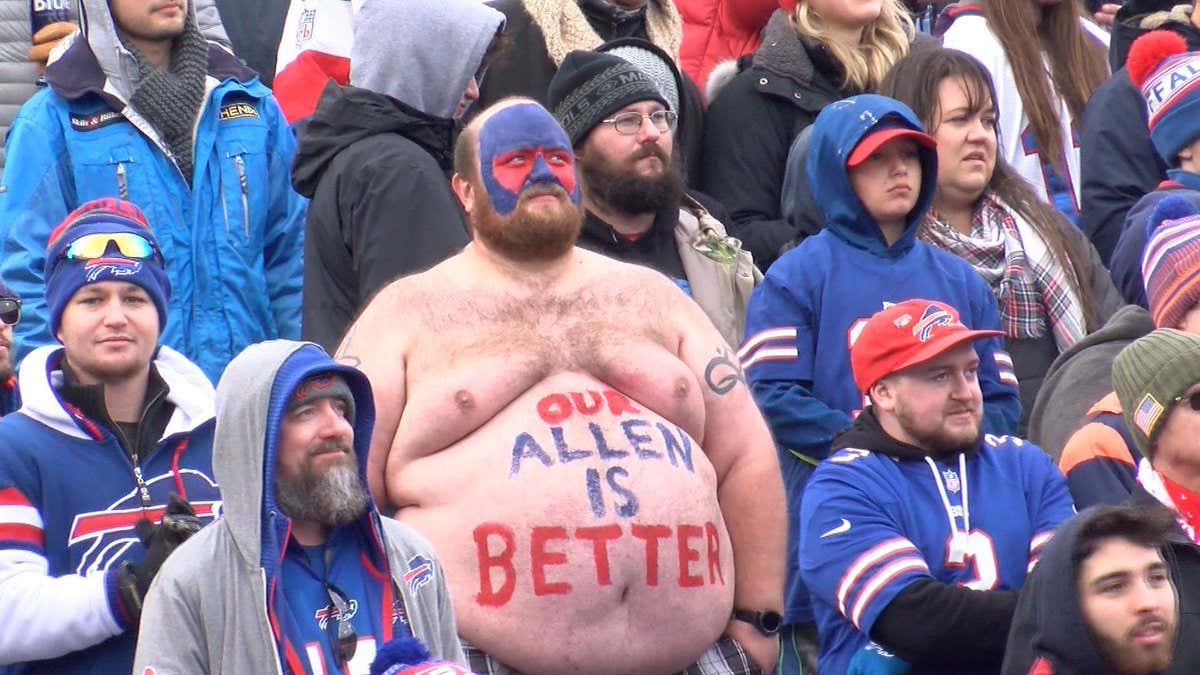 We like to act like we're all so advanced and everything but humans a thousand years ago would love to see these massive cannons and humans today love them as well. Not a damn thing has changed in all of time.

I'm just glad that the NFL is a little more body-positive than the MLB and won't be shaming this man for flaunting those melons for all to see. Guys like this need to be celebrated at games, not banned from them.