While the team was running out the clock, the Washington quarterback was taking a photo behind the bench, grabbing the cell phone of a fan to document the moment.

Washington kicked a field goal with 16 seconds left to go up 19-16, but Washington got the ball back with two seconds remaining on Moreau’s takeaway.

Haskins confirmed he thought the game was over, which is why he missed the final snap.

“I was so hype,” Haskins said, via JP Finlay of NBCSportsWashington.com.

You know how every so often “hot take” sports media culture likes to try and make a big deal out of a non-issue? (And by every so often I mean every single day). Well, this is one such non-issue. Dwayne Haskins missed the final kneel down of the game because he was taking a picture with a fan. Who. Give. A. Fuck? He thought the game, which was over, was over. The clock read 0:00. 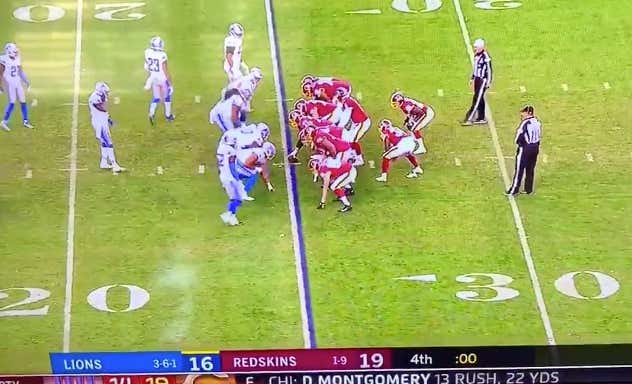 And he was celebrating the win with the fans. That’s the most important part to me. 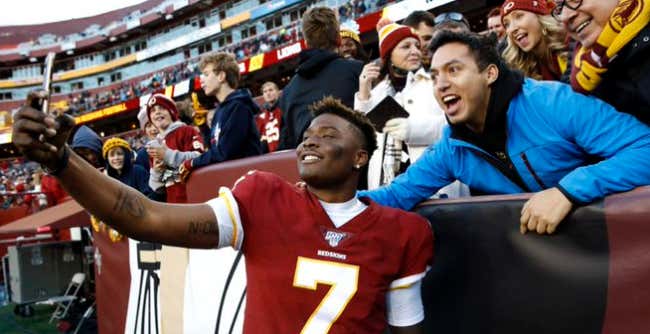 Haskins wasn’t the best yesterday- he missed wide open throws more times than he should have. But I also liked a lot of what we saw out of him- we saw him progress as the game went on, we saw him go through his reads and progressions to find his open man, and now he needs to lock down his mechanics and accuracy so he completes the throw. And that comes with time. The NFL game is still moving a million miles a minute for him, once it slows down, he can be the full package.

But anyone who wants to make a big deal out of #SelfieGate is a clown. There was no time left on the clock. He was fired up. He was emotional.

He’s not Josh Norman. That’s someone to be mad at. Haskins gives it his all, and yesterday got his first NFL win. That’s what we should be focussing on, not this petty nonsense.

Let’s talk about it on Twitch: