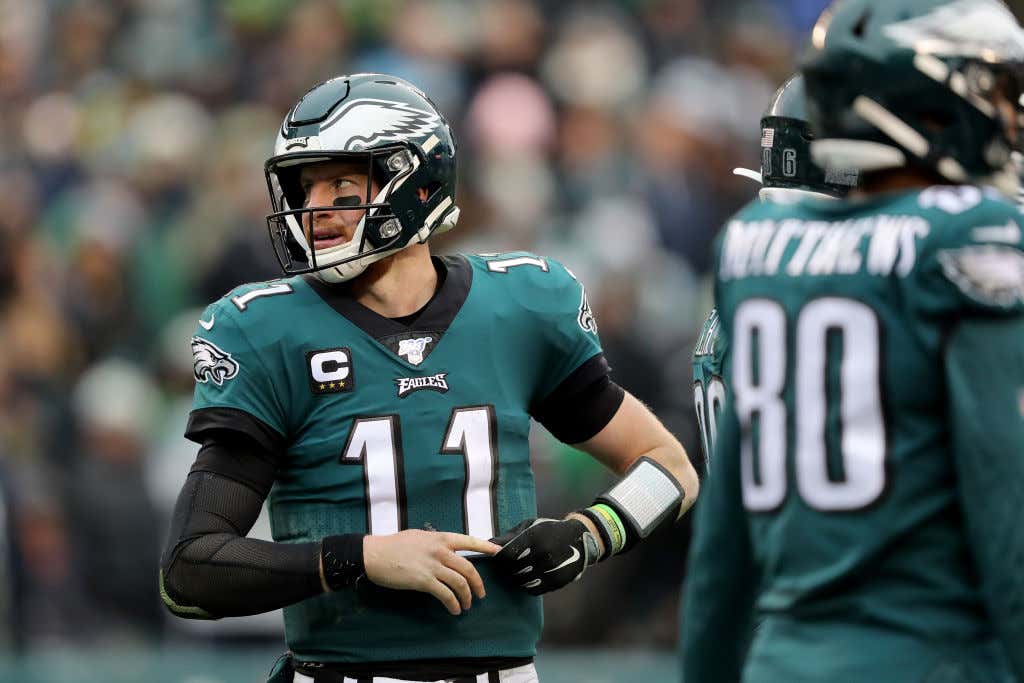 Before I even get started here, let me just get this one out of the way--there are no excuses for Carson Wentz's performance yesterday. Out of all the horrific performances the Eagles have put up so far this season, that way by far the worst of them. Carson was the problem yesterday, there's no doubt about that. But if you're an adult with a functioning brain and capable of having an actual discussion without just smashing a cheesesteak into your face while screaming about Nick Foles, then just hear me out.

Eagles fans are dealing with a lot of emotions this morning/season. They are angry, they are frustrated, they are disappointed. But the easiest emotion to allow to control you in life is fear. And that's where I think a lot of Eagles fans are right now.

It's basic natural instincts that tell you to run away from fear. It's encoded into our DNA for survival. Your instincts want you to be a gigantic bitch and a gigantic coward because that's what will keep you alive for the longest. That life will be awfully boring and incredibly unfulfilled, but at least you will be alive. But it's human nature to listen to fear and have fear be the main force navigating your life.

Right now Eagles fans are afraid that the Super Bowl 2 seasons ago was just a fluke. They are afraid that this organization is going to go back to providing this city with decades of disappointment. And they are afraid that maybe the team made the wrong decision in letting go of Foles and keeping Carson Wentz. Just as a real quick sidenote, let's check in on how things are going for a team that decided that Nick Foles is their guy moving forward. 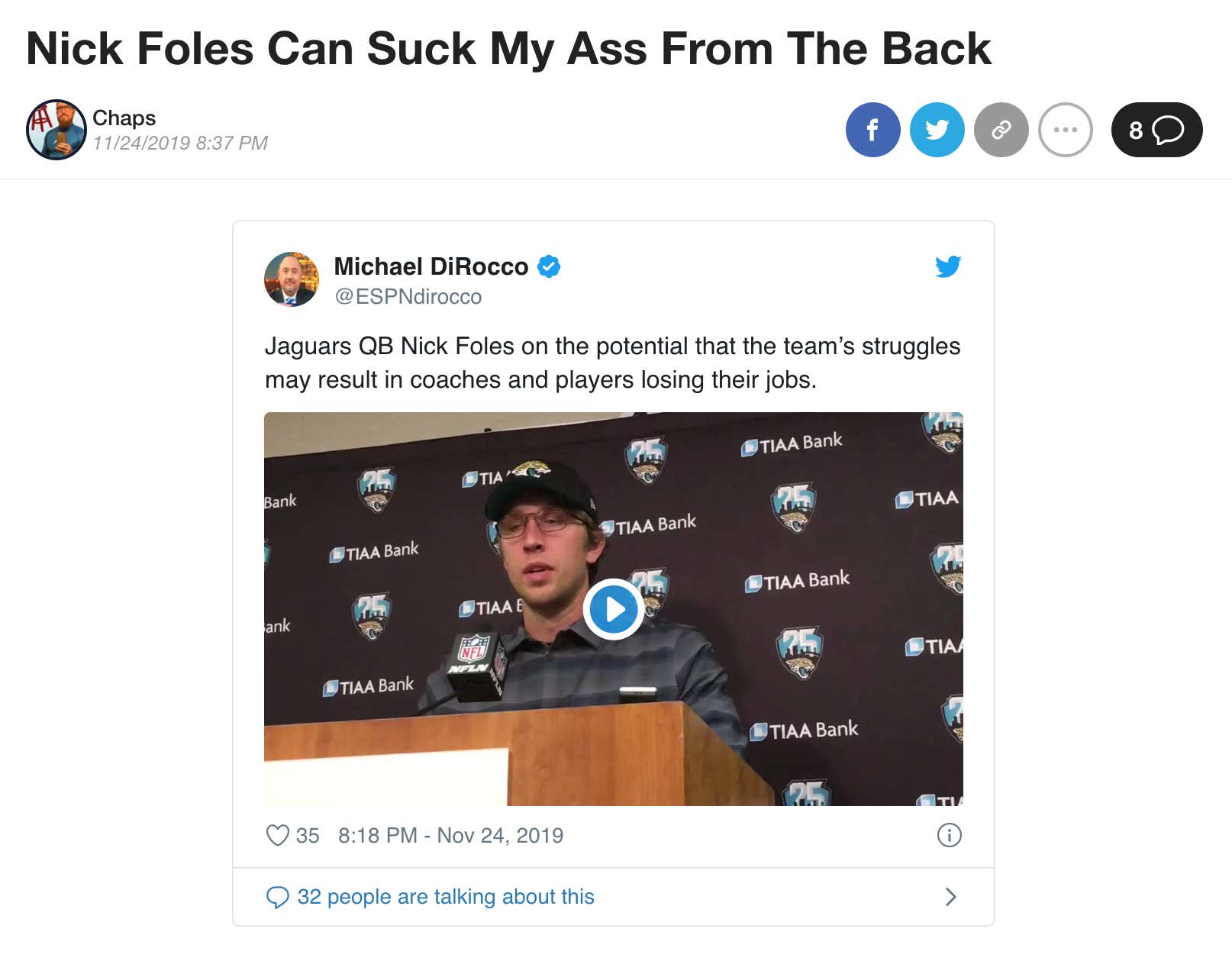 Seems to be going great! And I don't want to shit on Nick Foles. I really don't. I love that man so much and he will always be a legend here in Philly for winning the only Super Bowl this city has ever seen. But sometimes I do wish that the Eagles kept Nick Foles around one more year just so you guys could all see him go in the game and suck just as much ass as Carson sucked yesterday because he has nothing to work with in this offense. If the Eagles had Nick Foles right now, they are still a 5-6 team at best.

It's not the quarterback, it's the whole fucking team that sucks right now. But the issue is that Eagles fans are operating on a fear-based mentality. They are too afraid to see the big picture. They are too afraid to say to themselves, "well the thing is that the offense was totally predicated on a healthy DeSean Jackson being able to open the field up for EVERYBODY and then when DeSean only plays in one game, that fucks everything up because now there's no plan B. And then that puts more pressure on Alshon and Alshon wasn't healthy enough to overcome then pressure. And then that puts more pressure on Agholor and everybody knows that Agholor can't handle the pressure. And then Jordan Howard gets hurt. Then Lane Johnson gets hurt. The coaching staff has been in way over their head all season long. Mike Groh is useless at best. And yes, Carson Wentz looked fucking horrific yesterday but maybe there's a chance that he's not actually as bad as this offense has been making him look".

Here's the thing. Nick Foles is able to be magical at times. Carson Wentz is able to be great. You can't recreate magic. You can, however, recreate greatness. And that's why you need to stay with Carson Wentz. I think that maybe there's a chance that some of us (including myself here) thought that Carson Wentz had the ability to be magical and great at the same time. I don't know if that's the case. He's clearly not the guy who is going to be great no matter who you surround him with like we once thought. But he had a terrible fucking game yesterday. That doesn't mean that he can't be great next year and the year after that and the year after that. If you allow that horrific performance at Lincoln Financial Field to be the final straw and now you're out on Carson Wentz? That's fine. That's your decision. But just know that it makes you a coward who makes decisions based on fear.

Fuck this season, but Go Birds.