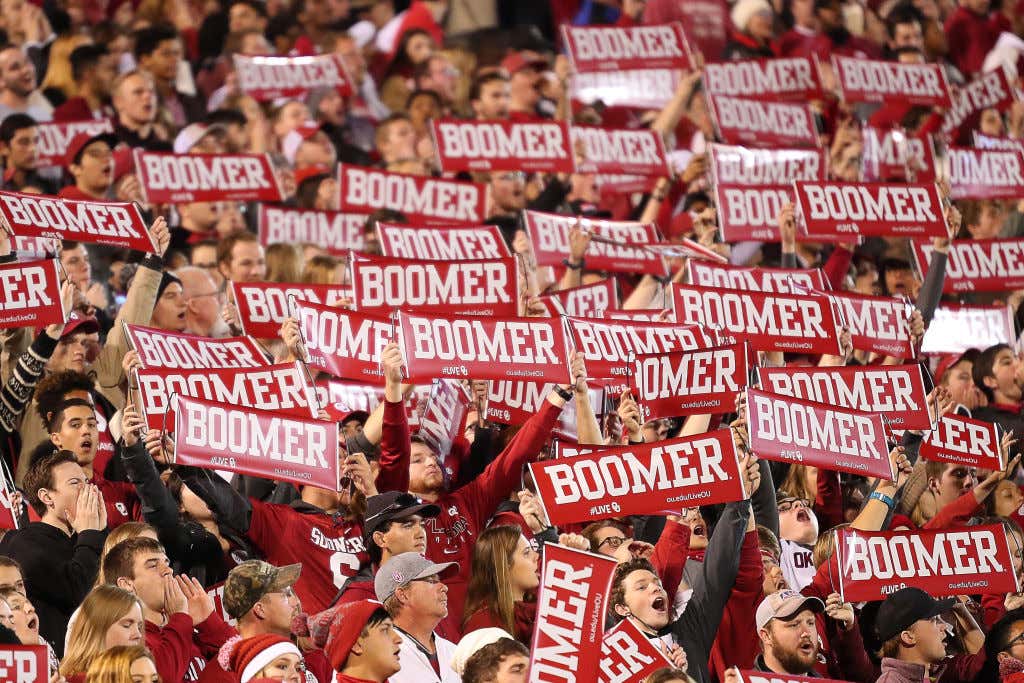 Earlier this fall, I was very concerned with Oklahoma bowing down to PETA:

The Sooner Schooner PETA curse hit Oklahoma immediately with a loss to Kansas State. A few weeks later, the Sooners were down 28-3 to Baylor and thanks to an act from God, the curse was reversed:

SOURCE-Student Government Association President Adran Gibbs, who authored the act mandating a name change for the group, said the words “boomer” and “sooner” are inherently offensive to the Native American community. Gibbs said the act was written to expand on the indigenous land acknowledgement passed earlier this semester.

-What happens to the Sooner Schooner?

-Is Oklahoma no longer known as the Sooners? If so, what's the new name?

-Does the band stop playing Boomer Sooner after every first down?

I'd be down if Boomer Sooner was sort of restricted. Every single college football season, Boomer Sooner is stuck in my head the entire season. It's a great fight song, but I don't need to be signing it as I eat every meal of the day.