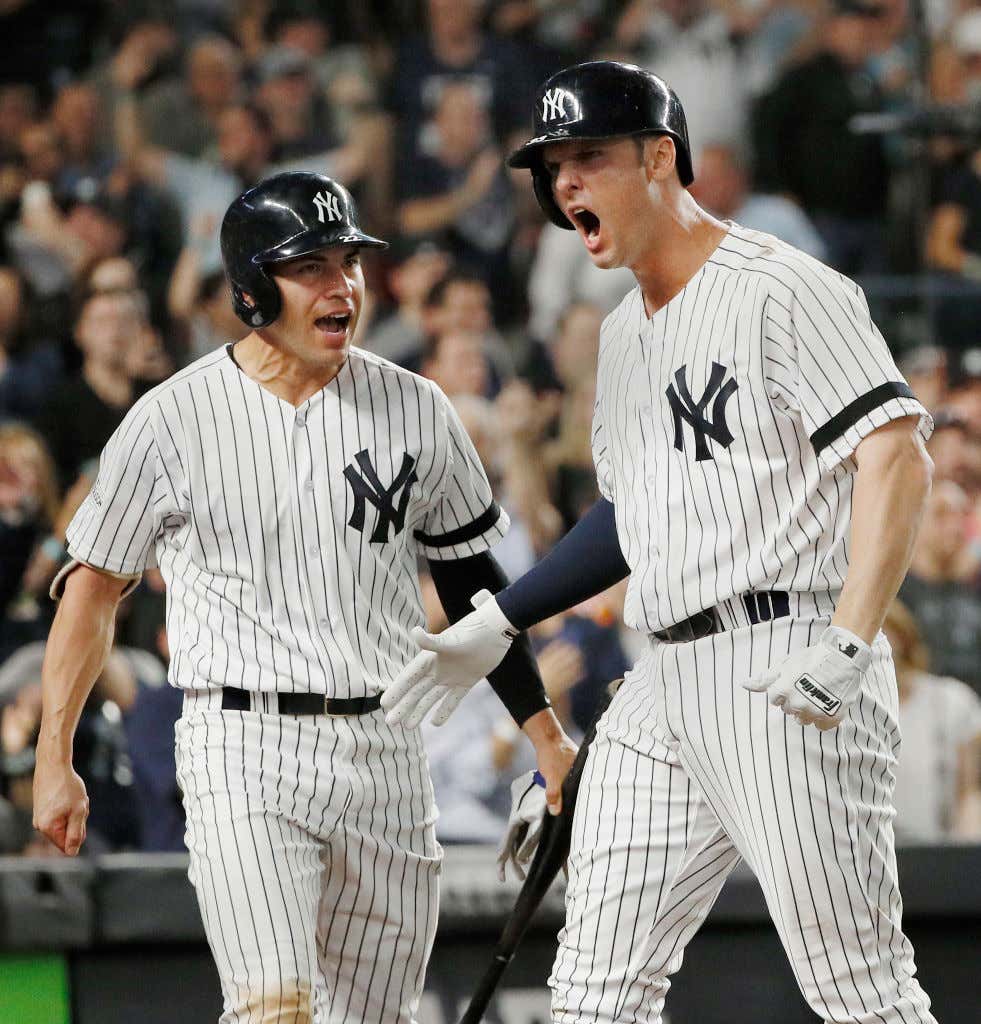 It's over. The Jacoby Ellsbury era in New York is over. Finally we can move on and stop pretending to act like he was a real person after 2017. The sighs from Brian Cashman after an Ellsbury injury question can stop. It's done. Jacoby Ellsbury has been released. The worst contract in sports history can be moved on from, finally.

Seven years. 153 million fucking dollars. 4 seasons. A .716 OPS. Just an absolute waste of a human being. All the guy cared about was money. Never had a winning bone in his entire skeletal system. If I saw him on the street I'd think about punching him in the face, but then his entire body would shatter into a million pieces and I'd be convicted of murder in the courts so that would probably not be a good idea. The guy just sucks. We'll probably find out in 10 years that he was a spy sent from Boston to infiltrate our organization and sabotage the New York Yankees. Goodbye and good riddance you pathetic excuse for a human being. I hate you.

As for Greg Bird. The day has finally come. DFA'd. The Greg Bird apologists have lost the long war that I've waged on them. There's a different feeling with Bird than Ellsbury, mostly because he didn't rob us clean and dry of over a hundred million dollars. The dude just couldn't stay on the field and when he did he was pretty terrible. 186 games: .211/.301/.257 32 homers and 98 RBIs. Every year he would turn into Barry Bonds down in Tampa for Spring Training and swallow up everyone's hope. By mid-April either his shoulder or his foot or whatever else it could be had broken down and he was lost for the year leaving us short handed at first base. This past spring he was a clear threat to Luke Voit at first and it took every ounce of 45's body to beat him and the apologists to claim the first base job. Bird would expectedly suffer a plantar fasciitis injury soon after and miss the whole season. He'll always have that homer off Miller in the '17 ALDS that changed the series. As horrible a career as it was for him in New York, you can't take that surreal moment away from him.

It's a true Christmas miracle to have Ellsbury and Bird gone forever on the same day. I wish nothing but terrible things towards Ellsbury. FUCK that guy. I do hope Bird man finds a home somewhere and turns out a decent career. Ellsbury has his money he's fine, but I hope Bird can secure an MLB contract and churn out some kind of baseball career with some decent health. There! That was a nice thing I said about the Bird Man! I deserve some sort of medal for that bravery and courage.