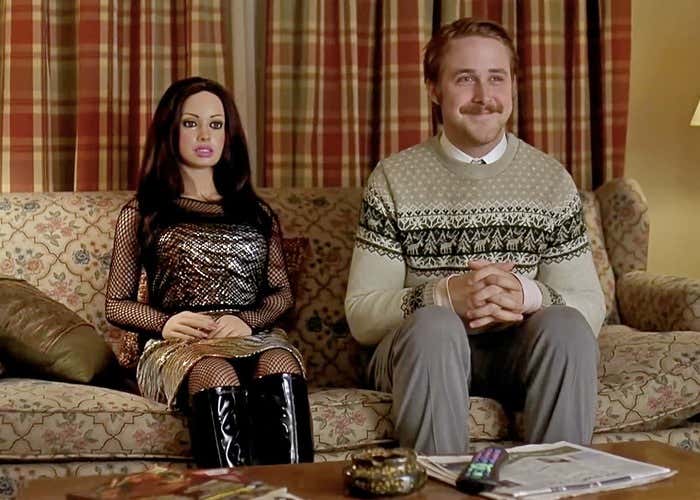 Sex dolls are nothing new. Guys have been "enjoying" their anatomically correct dolls for quite some time now and, frankly, I'm not here to judge. Would I be beyond creeped out if I walked into my date's bedroom and found Vivian laying on his bed? Sure - I wouldn't be able to get out there fast enough - but different strokes (lol) for different folks.

As far am I'm concerned: as long as you're not hurting another living being, what you do with your dick is none of my business.

Some software that's already available automates much of the process for creating the 3D likenesses of real people. Rendering a realistic human is a process which historically required the specialized technical knowledge of teams of artists in game and special effects studios. Those studios, traditionally, have to obtain the rights to use someone's likeness before rendering them, but many hobbyists seemingly make avatars of anyone, with or without their consent.

According to Vice, "hobbyists" are out there producing lookalikes of celebrities and exes, WITHOUT their consent, so that the losers on the other end can, well, you know exactly what they're doing.

"I use it to fulfill my sexual fantasies or replicate sexual encounters with my ex-girlfriends… Foto2vam has enabled me to literally feel like I'm there again, i.e. getting a handjob/footjob from my ex looking at me with a smile, or having another ex ride me on the floor in reverse cowgirl in front of a mirror…the possibilities are endless," the user said.

Still feel good about it?

If so, you're more giving of yourself than Mother Teresa (RIP). I suggest you capitalize on this generosity, cruise the Reddit page these weirdos frequent, and offer up pics of yourself for a small fee. Maybe start with a blurry pic to show them the goods and THEN charge for the whole package - which would include a variety of different poses to guarantee them the precision they're looking for.

Another user on the same thread said they also use Foto2Vam to render ex-girlfriends performing sexual acts. They wrote that some 3D models turn out better than others depending on how many quality photographs of the person they can work with.

"From now on, we need to make sure we ask girlfriends to pose a few different angles with a blank expression and flat lighting for a few photos and then import them into VaM," they said.

(Yes, I too was surprised these tech pervert nerds had girlfriends, plural. Shocking.)

But, maybe you're extremely self-aware and you find yourself wondering if your penis is just too small. "Would someone want to pay for THIS dick?" you ask yourself. Well first of all, it's not the size of the wave but the motion of the ocean, and secondly, no, probably not.

Don't fret though, enhancements are an entertaining part of the process.

"Oh, and I find it amusing to alter reality and give them boob implants, etc. ;)"

Ok, that I can't blame him for - boobs are fun.

This on the other hand…

"You can't stop it unless you just stay off grid and never go anywhere or show anywhere and nobody knows you even exist… It's our world and freedom, they can't stop us from jacking off, nobody can, they can merely choose extreme privacy." that user said.

So either people sequester themselves forever… or they should expect that someone is going to use their exact likeness to virtually fuck them? Hmm.

I find it rather interesting that the person who thinks that is the same person who refuses to reveal HIS identity and publicly support that right.

None of the users posting publicly about making real people replied to our request for comment, but some deleted their posts after we contacted them.

Mom must be so proud.