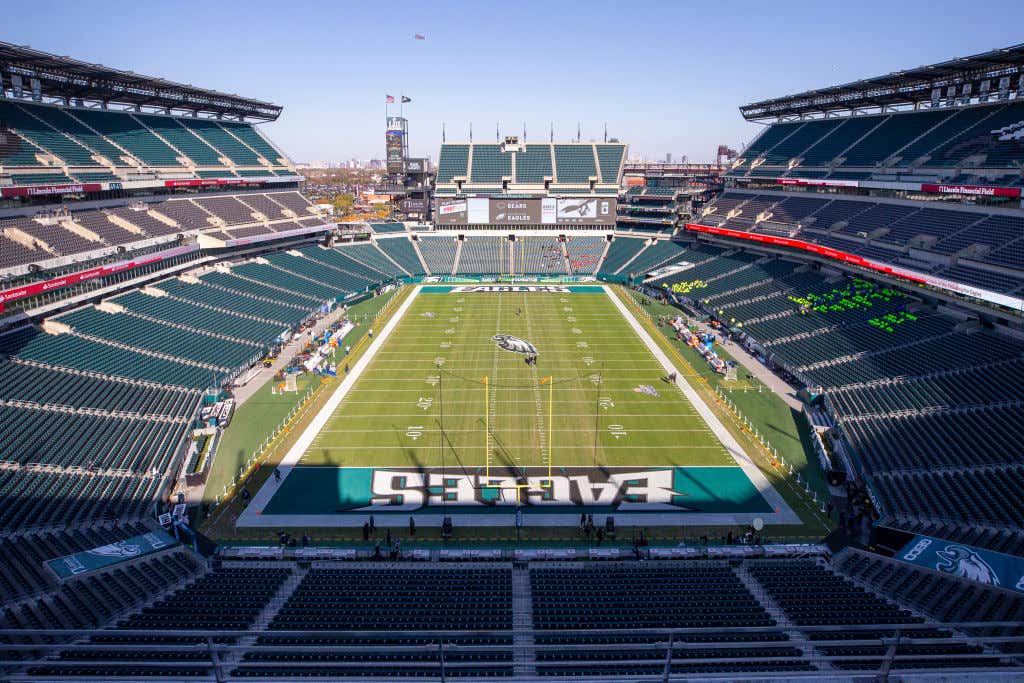 McManus - Following a shooting at a New Jersey high school football playoff game between Pleasantville and Camden Friday night that injured three and suspended play, the teams were in search of a neutral site to finish the game.

That's where the Philadelphia Eagles stepped in.

The Eagles have offered to host the game at Lincoln Financial Field Wednesday, opening their doors to two teams affected by the shooting.

Each high school will be provided a defined number of free passes for distribution to players' parents and family members. The game will be closed to the general public.

The Eagles are an impressively hatable team right now. This is a team that won its first Super Bowl in franchise history less than 2 full years ago and they've already forced the city to despise them again because the GM put together a shit team, the OC can't call plays to save his life, Doug Pederson can't game plan, every WR is either dead or sucks, and the team is just been a constant disappointment since February 4, 2018. (Constant disappointment is obviously relative. I mean at least we're not the Redskins or anything like that. But when you're predicted to be playing for a Super Bowl and then you're 5-5 through week 11, it's just as disappointing as the Redskins barely being able to tie their own shoes).

But for as infuriatingly frustrating as this team has been, this is a great move from the organization.

On Friday night there was a playoff game between Pleasantville and Camden. During the game, somebody in the crowd started to fire a gun. 3 people were hit and a 10-year-old is still in critical condition. So it's clearly a super shitty situation and nothing but the best wishes go out to that 10-year-old who is already tough as nails for pulling through this far. And then you also have to feel awful for the players. A high school football playoff game. For most of these kids, it's probably the most important game they've played in at this point in their life. And the game was suspended because some reckless scumbag fired into the crowd with reckless abandon. But now these kids get a once in a lifetime opportunity to play a game in an NFL stadium, even if it's just the final 17 minutes.

So for as frustrating as the Eagles have been this season, this is a great move. And yes, the selfish side of me is also hoping that this move brings plenty of good karma to the Birds so maybe the Football Gods hook them up with a win against Seattle on Sunday. But to host a game in the middle of the week when the Eagles are hosting the Seahawks in a huge game that was flexed from 8:20 to 1pm...well that's just a big time "somethings are bigger than sports" moment from the Eagles. Go Birds, and stop shooting each other.