I hit a four-team parlay a couple weeks back and felt like the Flamingo should’ve built a statue of me out front because a) parlays are generally a sucker’s bet so when you pop one you think you’re Ace Rothstein and b) Gambler’s Ego—the buzz you get from knowing you were right FOUR TIMES in one bet and you’re going to get money for it.

So I couldn’t imagine being Anjee from Oregon and hitting a frigging 10-team NHL parlay with the Oregon Lottery. The selections were a combo of money line picks, -1.5 puck lines, and +1.5 puck lines (“She had Jets PL, Flyers PL, Sabres ML, Chicago PL, Dall PL, NYR PL, Caps PL, Det PL, AZ ML, Min PL. Ridiculous”, wrote her son). The payout was a shade under 90/1 (+8957) which is ridiculously low for going 10-for-10 on the same wager but that’s what happens when the state plays bookie.

That still must have meant big bucks for Anj though, right? 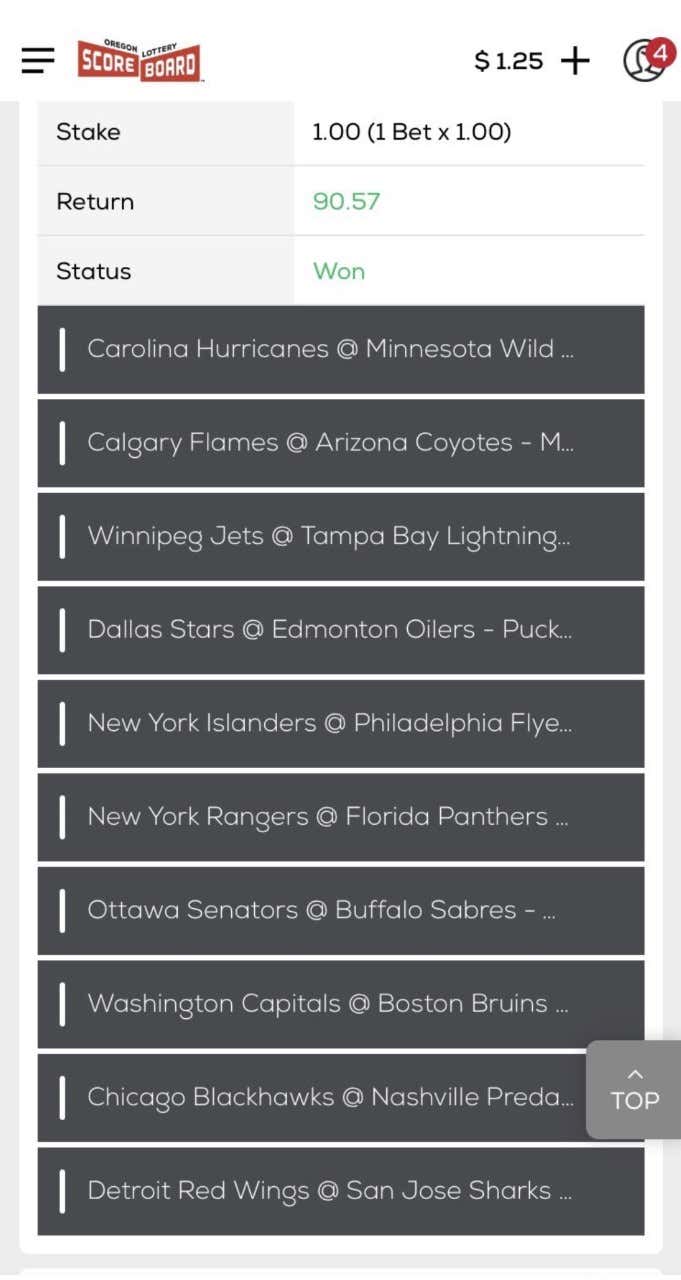 Not exactly. Still, it’s $89.57 more than she had. And as the king of shits and giggles plays (low risk/high reward), I’m not gonna get on a rookie gambler for having $1 down on a long-shot parlay that I can’t imagine she envisioned hitting and will instead praise her going 10 for 10. Oh, and that’s not all. 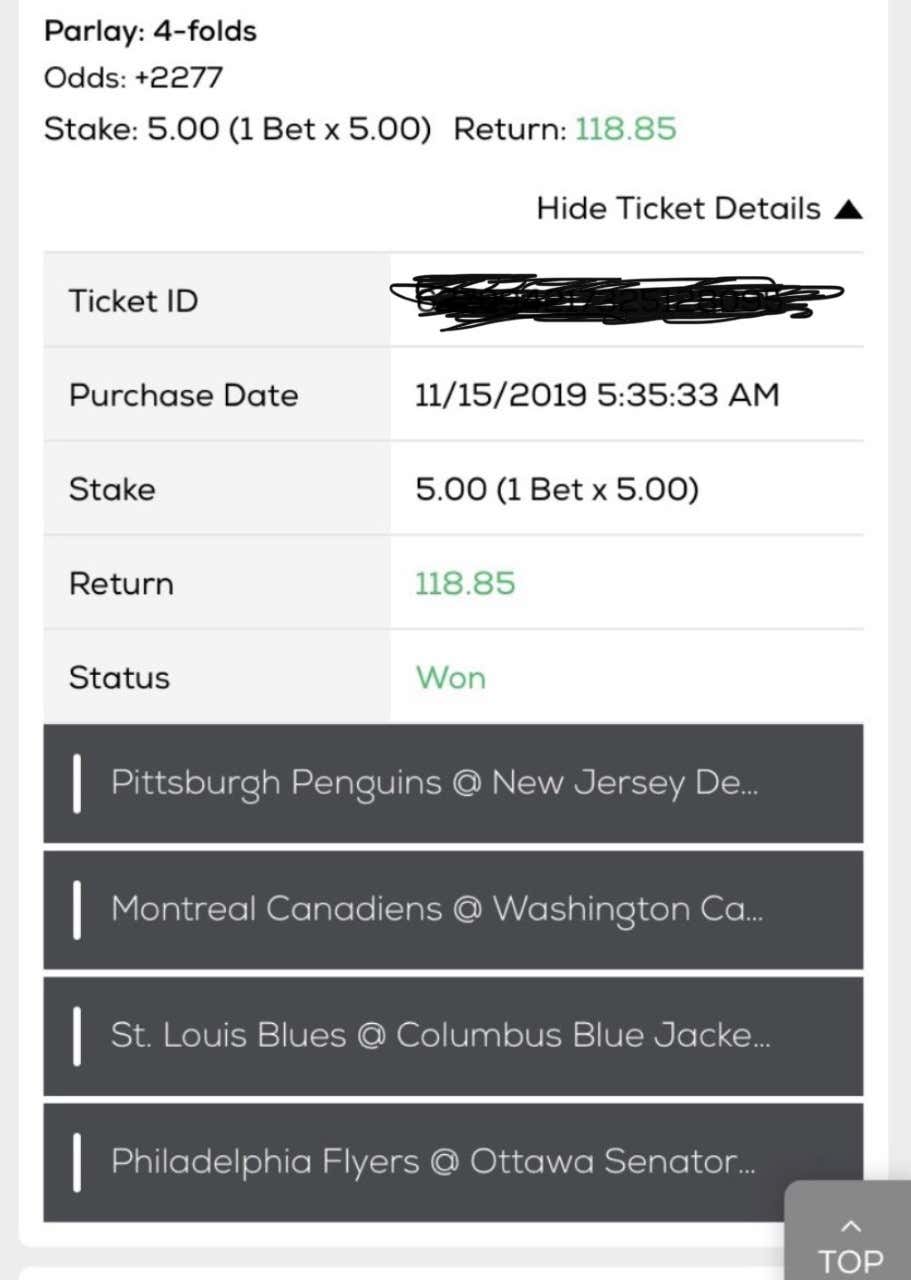 Damn, Anjee. That’s impressive. I’m sure she’ll sock it away somewhere for future use.

“Oregons sports gambling app just came out like a month ago…She’s never gambled on sports ever, and now she’s up at 3 am betting on fucking darts”.

Too bad Murls is already taken because they sound like a match made in heaven.

*—“Hockey Mom” in this case means Mom was the designated driver for Dad and Son when they went to Coyotes games together years ago before moving to Oregon. Shoutout Biz.

Good luck to all.