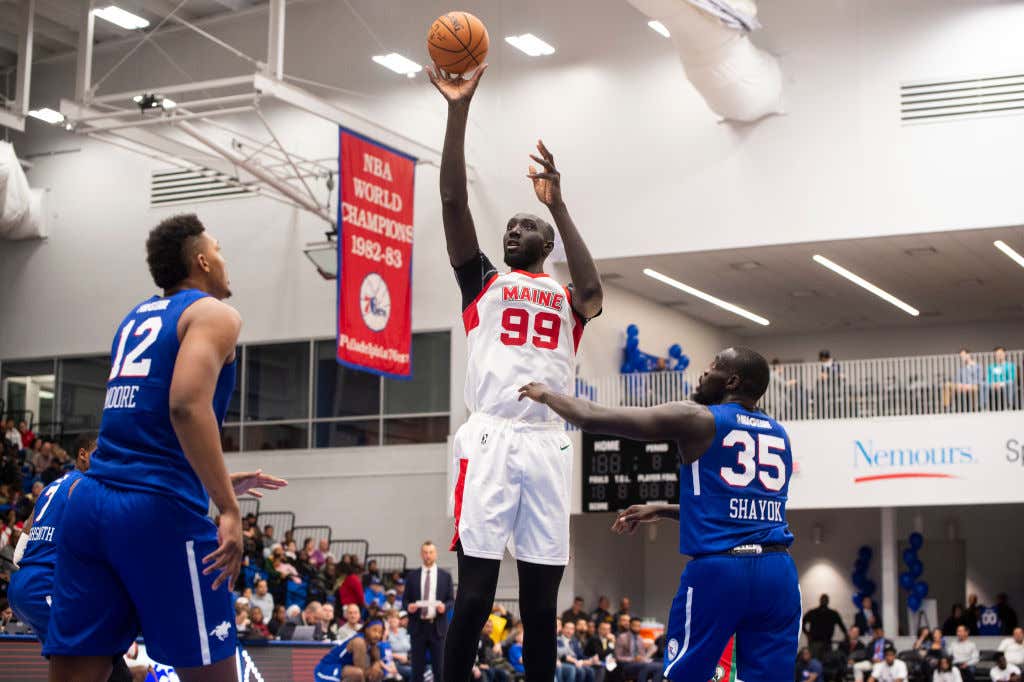 Quick little update for fellow Celts fans that may not have been keeping up with what's going on up in Maine. As we know the Red Claws are essentially a lighter version of the Summer Celtics who absolutely ruled, and it's a huge reason why you should make sure to catch as much of their games as possible. I can't remember ever really saying that about a Red Claws season before, but there is no denying this team is loaded with must watch talent, starting with our beloved Tacko.

When the Celts gave Tacko his Two Way deal, a huge part of that was getting him in their system and letting the team mold this extremely raw player into a certified monster. He showed flashes during Summer League and preseason and even had his moments in clean up duty so far this regular season. Now that he's in Maine, it's honestly been more of the same. Complete domination. Of course, you should obviously take G-League stats with a HUGE grain of salt, almost everyone can look good at this level. Hell, James Young (RIPIP) even tore it up in Maine. But it's hard to see the footage of Tacko looking like an unstoppable force and not get excited about his potential. See for yourself

The numbers are about what you could want from Tacko so far this G-League season:

Not only that, he leads the team with a 86.4 Drtg and is supporting a healthy +21.2 net rating. Opponents are shooting just 35% against Tacko and it's hard to not love what we're seeing so far. Given the fact that the frontcourt will always be an issue for the most part this season and guys like Timelord can't seem to stay healthy, I feel like Tacko's development is pretty important. It's pretty clear he's proven he can play at this level, and the sky is the limit because this will essentially be the worst Tacko ever is. it may be too early to say Ainge found himself a steal, but at the same time he's been way better than anyone ever expected.

It stinks guys like Romeo Langford sprained his ankle because he's the other huge question mark up in Maine. He's not going to get many minutes with the NBA squad so I'm really interested to see how he looks in real minutes. He's shown flashes especially defensively, but if he can't stop getting hurt that's certainly not ideal. Also not to be forgotten, you know who else is playing really well in Maine so far? Tremont Waters

I know the Celts don't exactly need point guard help, but he's another guy that has more than backed up what we saw from him over the Summer League/preseason.

I dunno about you but I was already excited about Tacko's potential in the limited sample we already saw. For him to continue to prove that he isn't just some giant stiff but he can actually play, well now my mind is going places it probably shouldn't.