Yesterday Christian McCaffrey became the first player in NFL history to rush for over 1,000 yards and have over 500 receiving yards in the first 10 games of the year. The guy is absolutely out of this world good. He's playing at an MVP level and there's no sign of him stopping. 23 years old and the world in the palm of his hands. As if that wasn't good enough, his girlfriend Olivia Culpo, one of the hottest women on the planet, decided to remind us who he gets to come home to after the game. 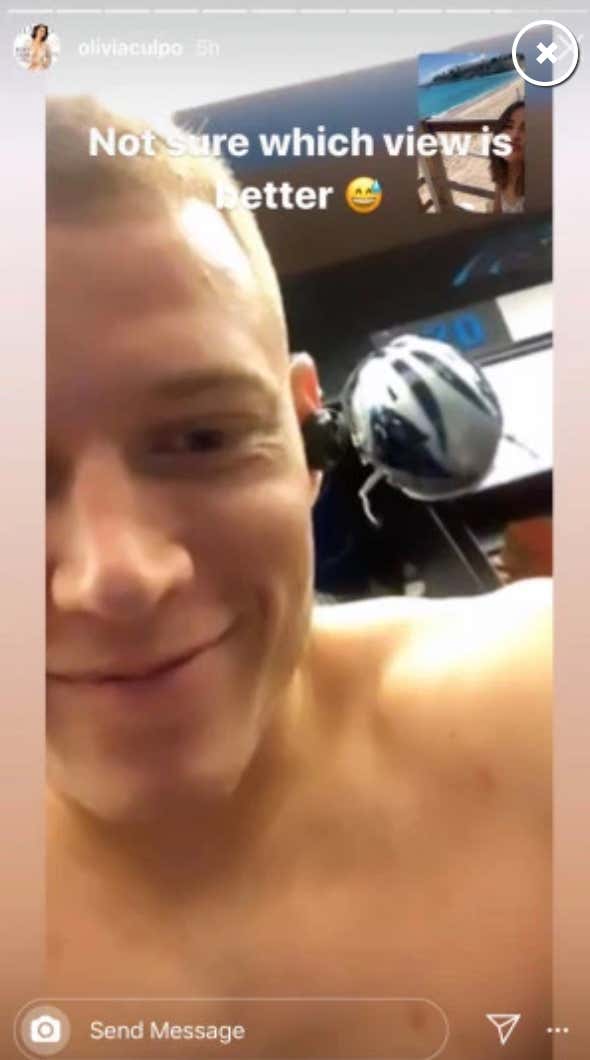 So what if the Panthers lost 29-3? It's not McCaffrey's fault that Kyle Allen threw four picks and gave the team zero chance to win the game. 191 total yards from CMC ain't too shabby, and an all universe girlfriend. Some people actually just have it all. You think he stresses about anything at any point in his life? I don't. What a life.