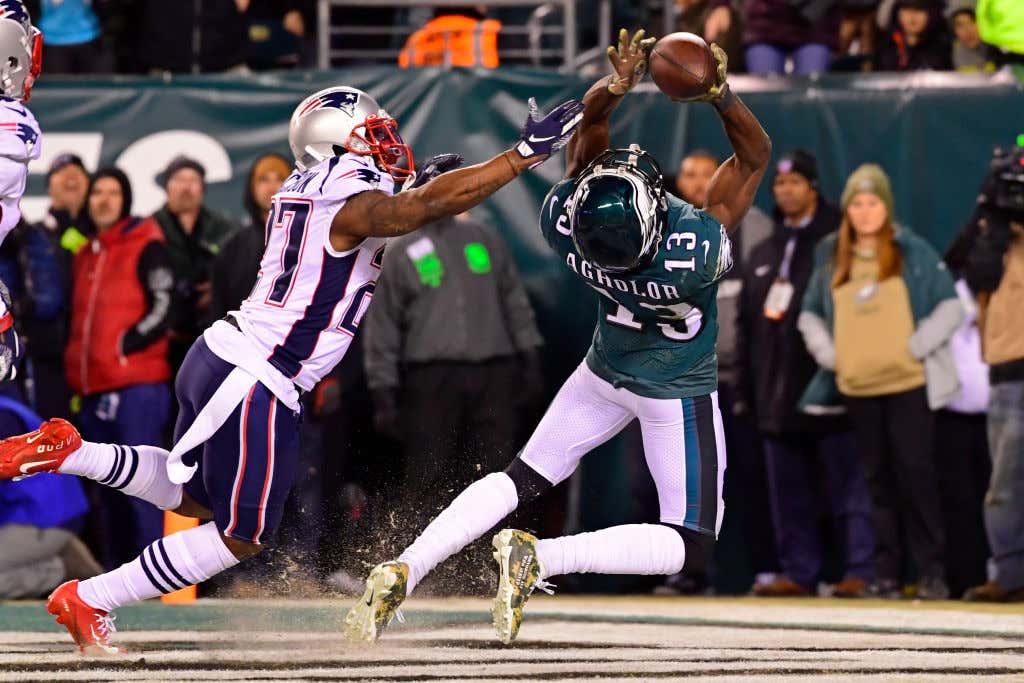 Every single week in the NFL, there is a ridiculous catch being made that stops everybody in their tracks and becomes something to talk about for the rest of that week. "Did you see that grab by so and so?", "holy shit, could you believe that snag from such and such?", etc. etc. Between the receiver gloves these guys are wearing today plus the fact that guys are just are more athletic than ever, it's the perfect combination for all of these highlights to be rolling in on a weekly basis.

Now for every incredible catch in the NFL, there needs to be a ball that isn't necessarily perfect. The quarterback needs to do his job to at least give his receiver a chance at making a play, but then a receiver who is getting paid millions of dollars to make absurd catches does his part as well. Just take this Michael Gallup reception for example.

Was it a perfect ball from Dak? Not at all. But he did his job by giving his receiver a chance at making a play here. Then the Lions cornerback did his job by making it incredibly difficult for Gallup to make said play. And then Michael Gallup goes out there and does what he is paid to do, which is to be a professional wide receiver in the National Football League who can make plays like this one.

Now let's go to that 4th down pass from Carson Wentz to Nelson Agholor at the end of yesterday's game.

Was it a perfect ball from Carson? Not at all. But he did his job by giving his receiver a chance to make a play here. Then the Patriots DB didn't even necessarily do his job by making it incredibly difficult for Agholor to make said play, but I guess it was decent coverage. And then Nelson Agholor goes out there and continues to steal millions from the Philadelphia Eagles because this man is absolutely trash and can't track a ball for shit and was already trying to come up with an excuse for why he didn't catch the ball before he even had a chance to drop it.

It's just so unbelievably frustrating to sit there all day and see catches like this happen throughout the league when you know damn well that there's not a single receiver on the Eagles roster who could even think about hauling in a grab like these.

And you know what? Maybe this isn't even a Nelson Agholor issue anymore. He's a lost cause. He sucks and he will forever and always continue to suck. But how about the fucking balls on Howie Roseman to just keep trotting this same piece of shit out there and trying to convince us that it's not a piece of shit?

I know that Carson Wentz wasn't perfect yesterday. I know that he left a few throws out there. But like I said earlier--behind every incredible catch highlight in the NFL is a throw that wasn't quite perfect but at least gave the playmakers around the quarterback a chance to make a play. The Eagles don't have any playmakers so I guess he just needs to be the only absolutely perfect quarterback in NFL history. Either that or Howie Roseman can do his job. Either or.