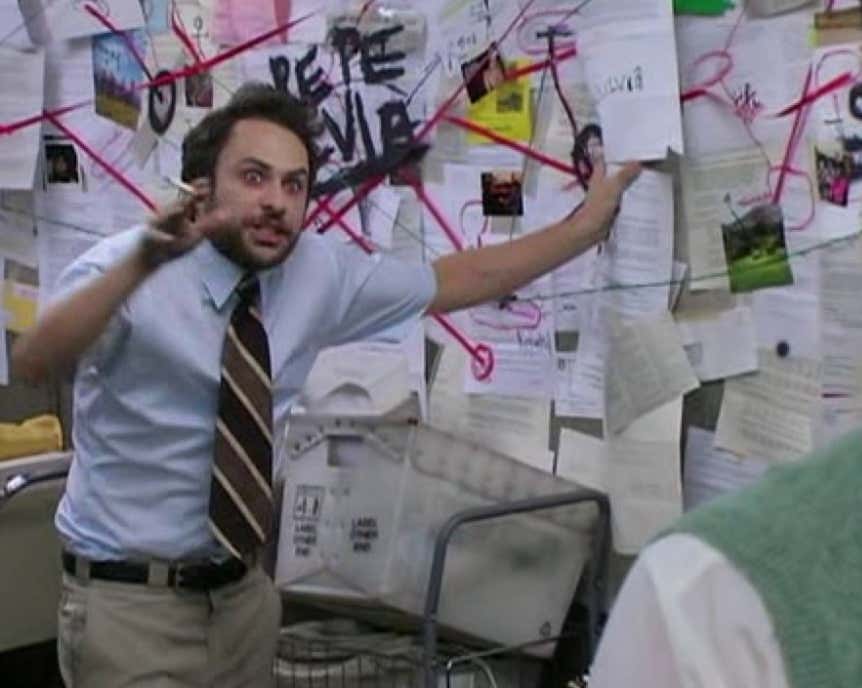 Hey all, welcome back to another edition of the "Astros are cheating scumbags who should be thrown in prison and have their 2017 World Series title removed." Unlike 99% of the things in this world, this story has not blown over in a day. In fact it just keeps getting better and better. Over the weekend it became known that an Astros executive asked scouts via email to help steal signs and suggested using cameras to do so.

“One thing in specific we are looking for is picking up signs coming out of the dugout,” the email’s sender wrote in a message from August of 2017. “What we are looking for is how much we can see, how we would log things, if we need cameras/binoculars, etc. So go to game, see what you can (or can’t) do and report back your findings.”

These guys were so arrogant in their cheating that they didn't care to even talk about it privately! Nope, just open email. You may wonder how stupid a professional organization can be, but let's not forget how they handled the whole Brandon Taubman situation. They are the dumbest of the dumb and it's finally all blowing up in their faces. They put this shit in WRITING. An "elaborate" scheme to know every single pitch that was coming to cheat their way to a World Series title. Yeah they asked for everyone's help with that the very same way they'd tell there's free pizza in the conference room. This could be a comedy TV show on Netflix without question. It doesn't feel real, except that's all it is.

The Houston Astros 2017 World Series DVD has visual evidence of the cheating monitor and how they covered it up! THE WORLD SERIES DVD! 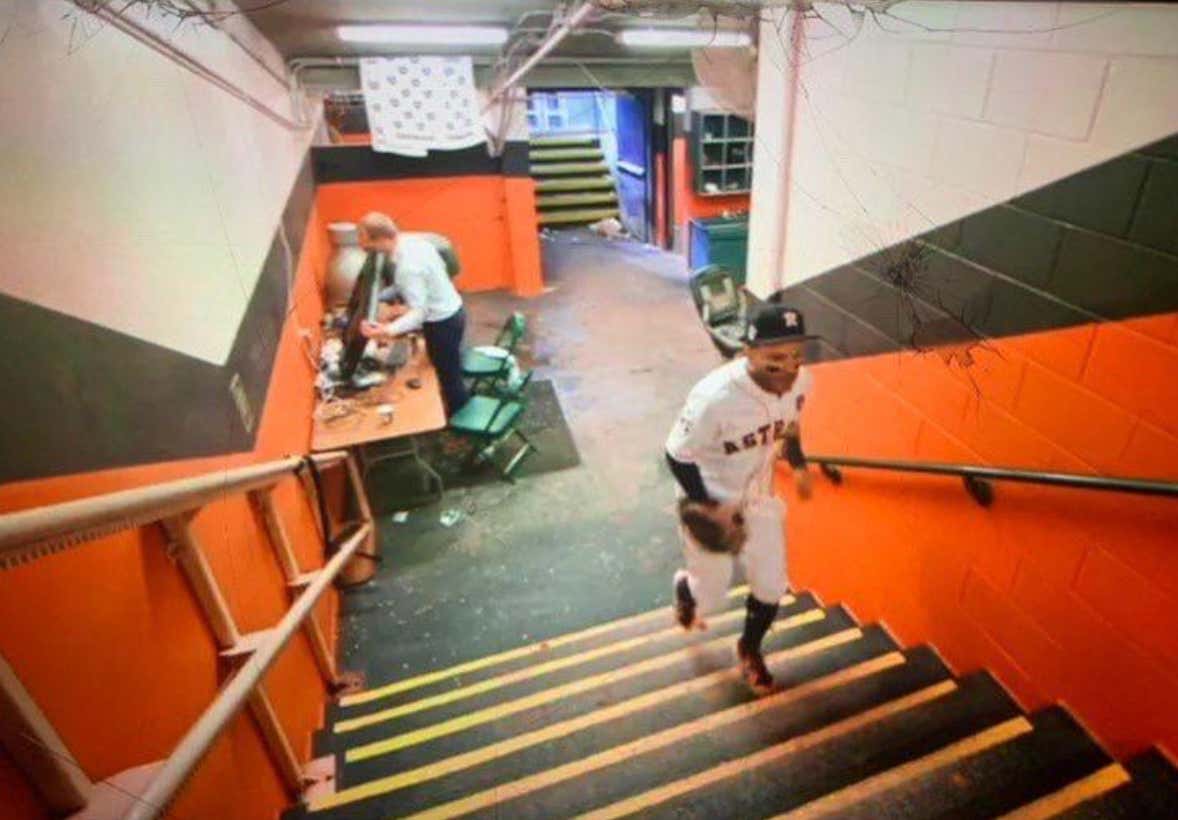 And who is that running by this monitor man? Oh the 2017 AL MVP Jose Altuve! But guys, he has the heart of a lion and despite being 3'4" is one of the best hitters in the game thanks to his incredible pitch recognition! Nah, that fuck face just knew what every single pitch was before it got to the plate. Hey dipshit, if DJ LeMahieu knew what pitch was coming every time he would have woken up Ted Williams from the freezer after doubling his .406 batting average to .812.

Back to the World Series DVD, I mean how could you possibly watch that back and not spot the monitor and whole set up for the massive cheating you were doing? That would be literally the one and only thing I'd look for. The towels hung up near the opening to cover up anyone from seeing. Nope, nothing. The visual here matches perfectly with the described in the original Athletic article that broke this story to the world.

"A feed from a camera in center field, fixed on the opposing catcher’s signs, was hooked up to a television monitor that was placed on a wall steps from the team’s home dugout at Minute Maid Park, in the tunnel that runs between the dugout and the clubhouse. Team employees and players would watch the screen during the game and try to decode signs — sitting opposite the screen on massage tables in a wide hallway."

What you saw in the picture above was a member of the organization breaking down the set up right as a game ended. It was Game 3 of the World Series in that clip. Here's what it looked like soon after the conclusion of games. Seems odd there would be such a mad dash to remove the monitor and equipment along with it if nothing was going on. Ladies and gentleman, we gottem. 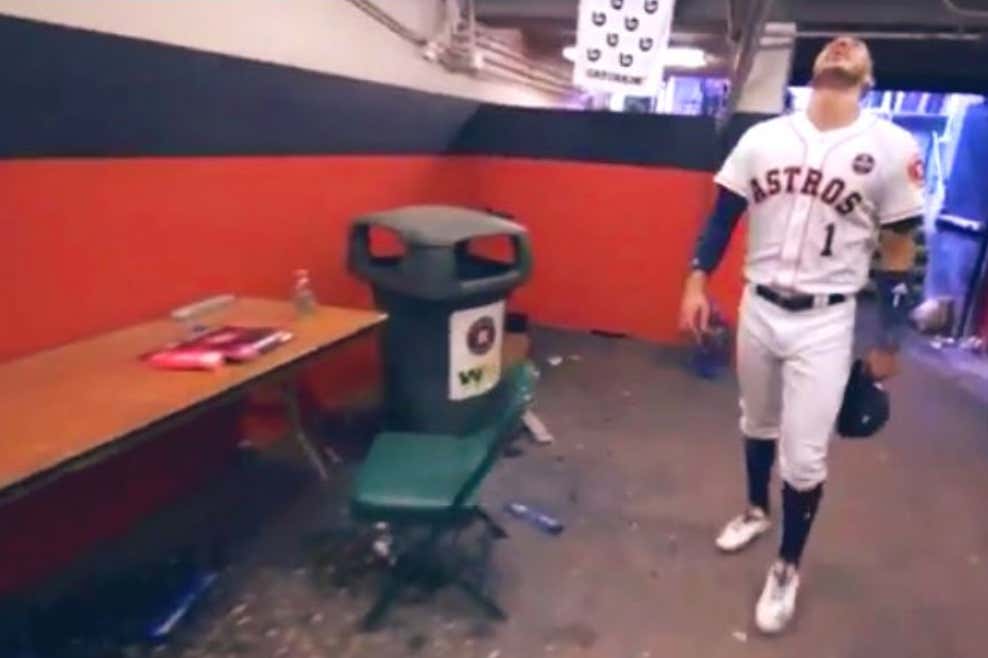 Just incredible. Every day it's something new and even better than the day before. Emails. The World Series DVD. These guys blatantly cheated and didn't give a fuck about it. They were as arrogant as humanly possible in the way they did it and just kept on going as if they were the most innocent people alive. Anytime they were questioned or accused they went right back at those people and laughed in their face. They dared someone to call their bluff. Well, it took some time but eventually the right people had enough of the bullshit. Now it's time to die.

A really interesting twist that's about to occur is the Brandon Taubman interview with Major League Baseball. The guy is obviously a horrible person, but he likely has a grudge towards the Astros after how things went down, and I'm willing to bet he knew pretty much everything going on. Could very well be a "If I'm going down, you're coming with me" situation. If the Astros were smart they'd have him killed before he talks. That guy can blow the lid off this thing real quick. You think this is the only way they cheated? No fucking chance. I want to know how they make every pitcher amazing. How did Justin Verlander, a guy whose career was over, all of a sudden transformed into a perennial Cy Young candidate overnight. I'm not buying what they're selling for a second. There's blood in the water. Send out the sharks. Burn this organization to the fucking ground with no survivors. At this point I really think it's hard to just leave them with the "slap on the wrist" penalty that we assumed would happen at first. This going to be big. I don't know what, but if this came from the top like it probably did, we might be inventing the baseball version of college football's death penalty. One can at least hope.

P.S. This article has aged pretty well in a month I'd say. I'll take your retraction piece any day now Brian. 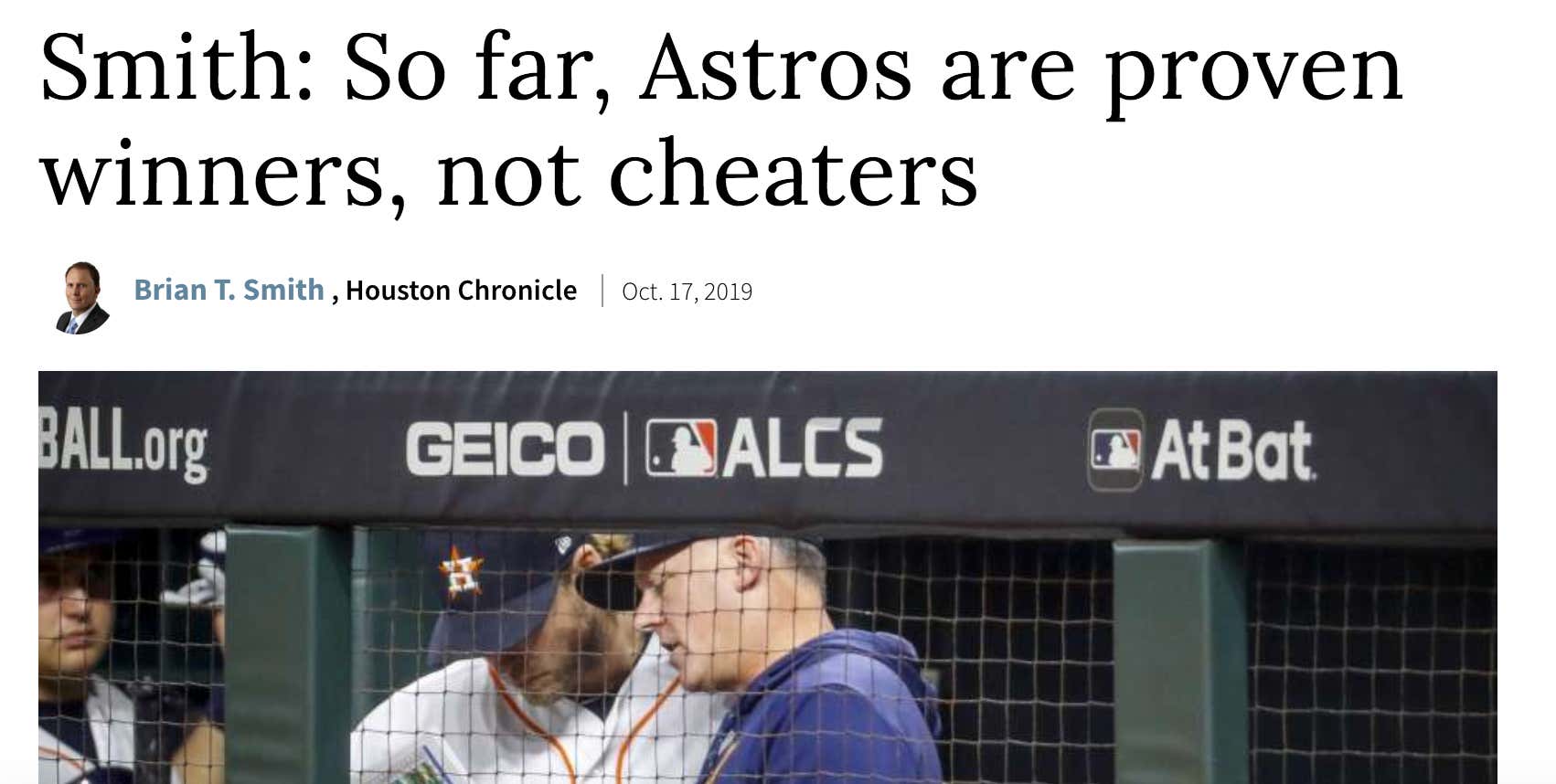