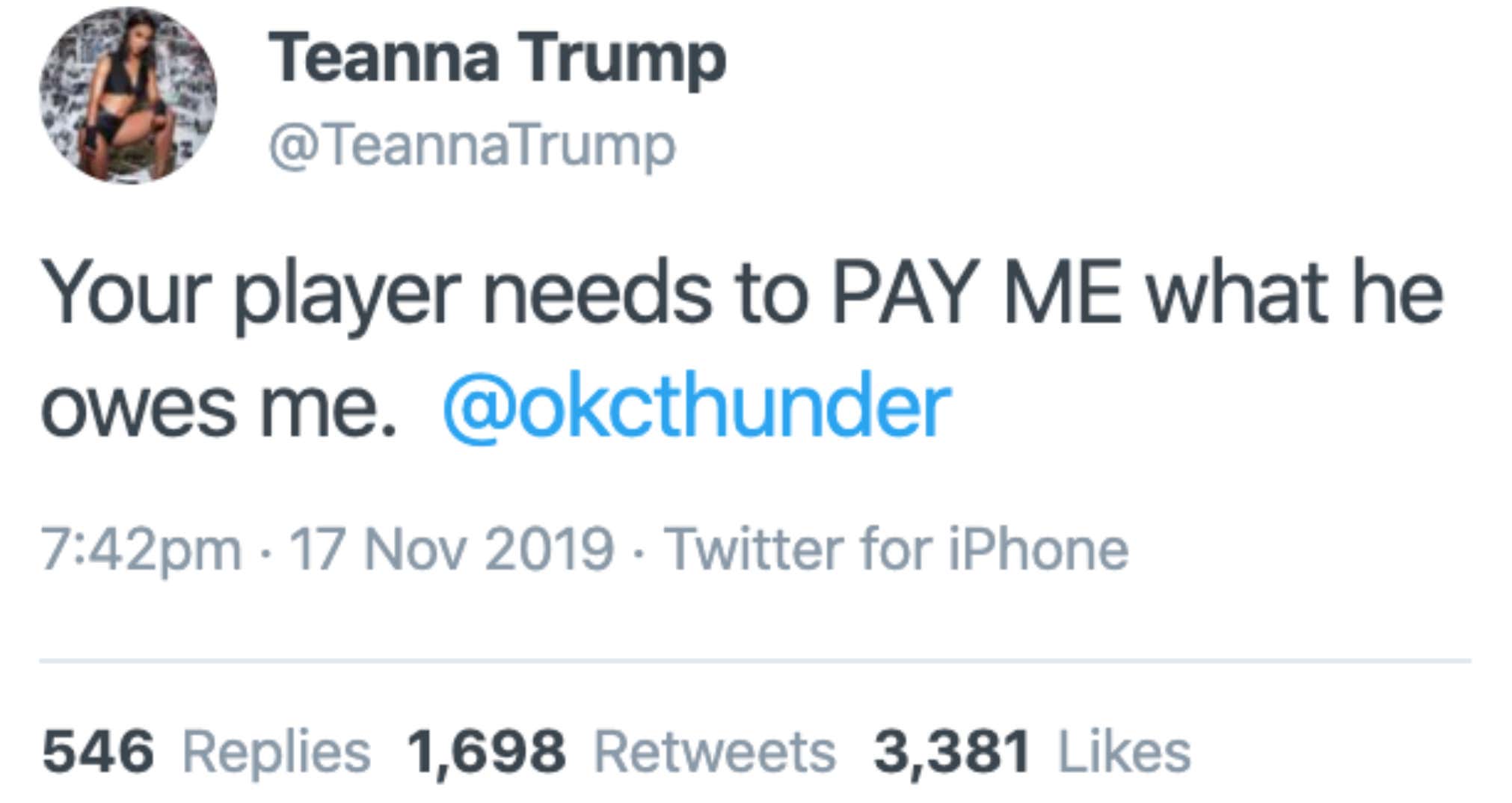 I'll be honest. I've never been more interested in the Thunder in the year of 2019 than I was last night when all this started to break. Who could it be? Was she going to name a player? Steven Adams is 100% the funniest answer here, right? All thoughts I had immediately as I sat in my recliner consistently searching 'teanna trump thunder' and getting some WILD results in Twitter.

A bit of something for everyone here. Talk about Sunday Scaries though if you're a Thunder player. I mean everyone in the world saw this tweet, she has 770,000 followers. Every person started quote tweeting it and making jokes or guessing who it could be. Shit, you know that's all that's being discussed in the locker room today.

I want to talk to the Thunder social media person right now though. Imagine going about your day, looking for some graphic about Shai Gilgeous-Alexander to put up on Twitter and then you get hit with that Teanna Trump tweet. You just gotta turn your phone off. You can't tweet until today.

PS: Don't and I repeat DO NOT click her Twitter unless you're not at work and you're alone. That pinned tweet is something. I'm warning you though. Be alone and don't be at work.

And of course here you go with some pictures on a Monday: