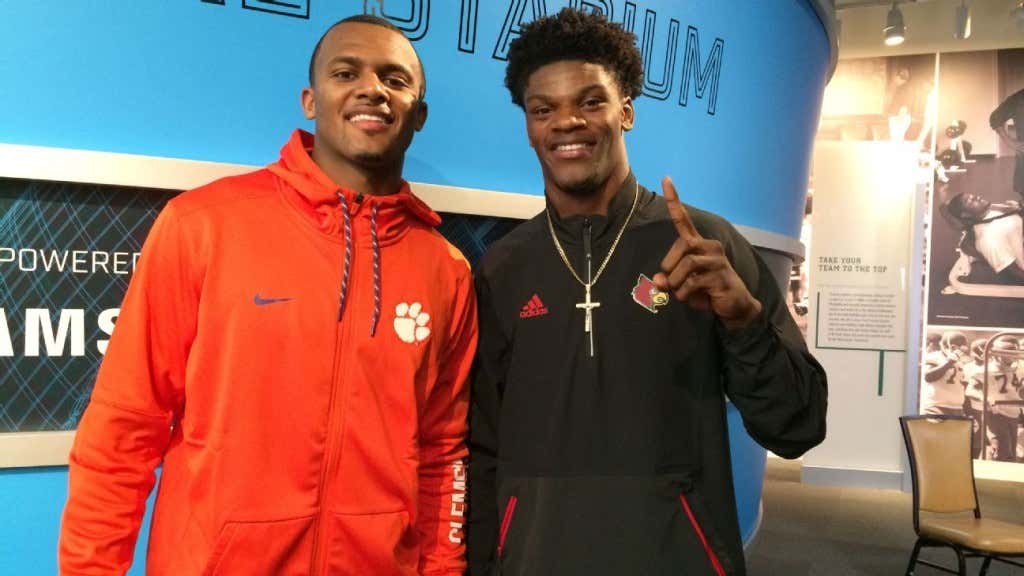 Better get used to this. Lamar, Deshaun, and Mahomes are the future of the NFL, and we’ve already been treated to two matchups between Mahomes and Lamar. Today brings us our first opportunity to see Lamar and Deshaun square off in the NFL, and the stakes are about as high as you could expect for a regular season tilt.

Win and you’ve got the inside track for a first round bye in the AFC. Lose and you’ve got yourself an uphill battle on that front and give the Steelers and Browns a little bit of life back in the AFC North race. It’s a tremendous opportunity to set the tone against a team you very well might see in January, and ensure that that game happens in your own barn as well.

The Texans obviously are a great team. Deshaun has done some special things in his 3 years in the league and has really elevated his game this year. Their defense has taken a hit since losing JJ Watt, but they remain formidable when it comes to stopping the run. They rank 3rd having only allowed 84.1 rushing yards per game. The Ravens are running the football at a historic rate, averaging over 200 yards per game. That hasn’t been done since the 70’s, so something has to give here. With that said, I think the key to this game will be Lamar’s ability to throw the football. He’s shown time and time again this season that he’s more than capable of doing so, and I think today will be no different. Lamar will sling it for 250 and 3 TD’s and lead another clock-killing drive in the 4th quarter.