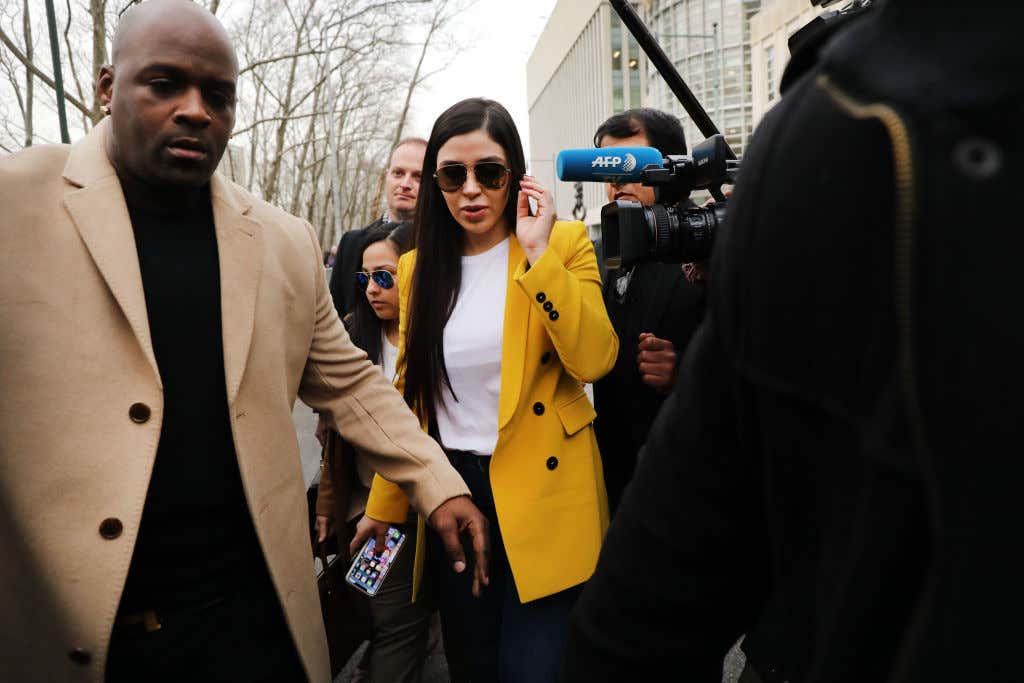 Decider- VH1 has found itself in hot water after casting El Chapo‘s wife, Emma Coronel Aispuro, on its reality show Cartel Crew. On Monday, the network announced that Aispuro will appear on next week’s episode of the show, which follows children of cartel members as they attempt to make a name for themselves outside the family business. Considering El Chapo’s long rap sheet — he is currently serving life in prison for trafficking drugs into the United States — his wife’s casting has been met with a strong reaction from viewers, including New York Times bestselling crime author Don Winslow. “This is really disgusting,” said Winslow, tagging VH1 in his tweet.

In a press release issued Monday, VH1 revealed that 30-year-old Aispuro, a former beauty queen, will appear in the November 18 episode of Cartel Crew Season 2. According to the network, the cartel leader’s wife will open up “about her life after El Chapo and her upcoming business venture.” In a preview clip of her episode, Aispuro summons cast member Michael Blanco, the son of “Cocaine Godmother” Griselda Blanco, to her yacht in hopes of recruiting him. “She goes, ‘We would like to meet with you about business,’” Blanco recalls of a conversation with Aispuro’s attorney.

I don’t understand, why are people mad about this? Are they mad that they have to wait until November 18th to watch the episode with El Chapo’s wife in it? That has to be it because that trailer was AWESOME. That show looks like delicious disgusting reality TV garbage already and then they went ahead mixed in a little El Chapo/drug cartel and they officially have my attention.

To be honest I’m just glad there’s El Chapo blog fodder out there again. Once upon a time (like 10 months ago) I couldn’t go more than a couple hours without blogging something about Chapo. The Chapster was an absolute GOLD MINE for a lowly internet blogger like myself. Every move he made was more outrageous than the next and people couldn’t get enough of it. Is he a horrible piece of shit who should be locked up for the rest of his life? Yeah of course but that doesn’t disqualify him from leading one of the most interesting lives ever. El Chapo is such an interesting character that the people around him, in this case, his wife, cause controversy simply for being a part of his life.

Think about how many movies and TV shows and documentaries have been made about Pablo Escobar, where’s the outrage there? No one’s life has been more glamorized than Escobar’s and he blew up a fucking plane. What I’m trying to say is that people continue to be mad online simply to feel something. I think a show with El Chapo’s wife will be fine (AND AWESOME). 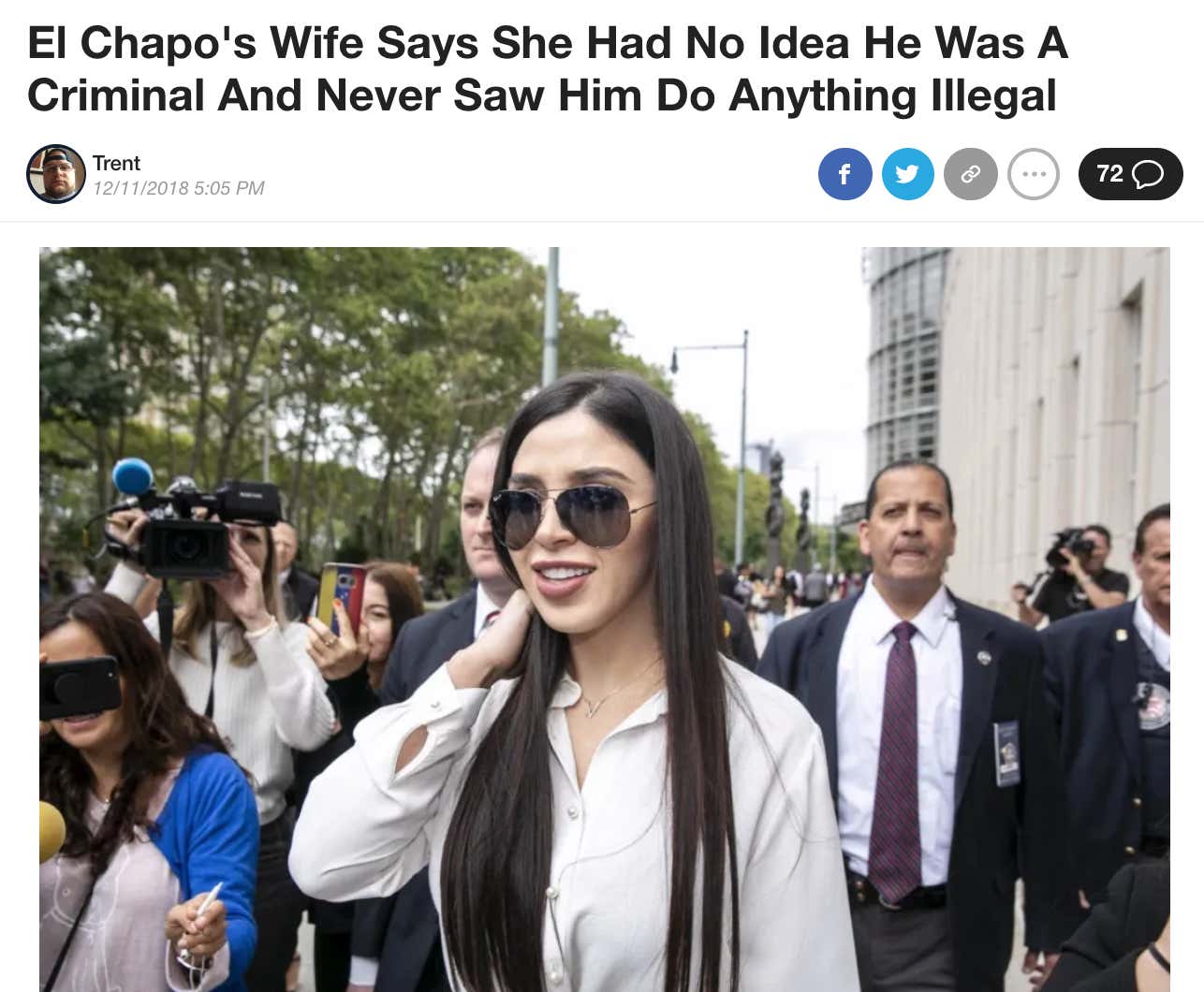