What happens when you combine a bunch of British bros, gym equipment, and some good ol’ fashion steroids?

Well, except for this guy, who likely just started his cycle and has enough self-awareness to know he’s not quite ready for their jelly. Some day soon, hopefully, but not today. 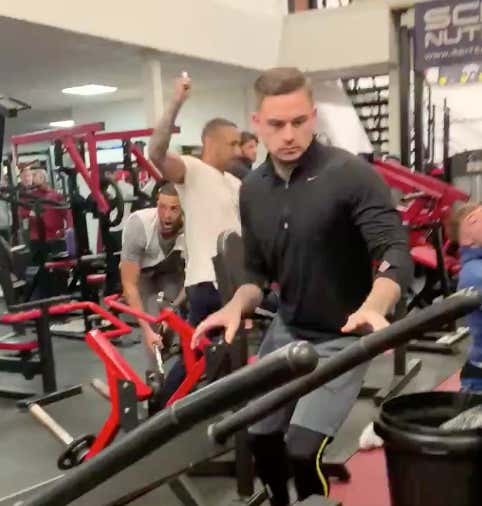 While at this point we have no information on why the fight broke out at Ab Salute Gym (I mean, with a name like that how could you expect people to NOT fight), we do know that the participants must be on that Barry Bonds-type juice because they were SWINGING. 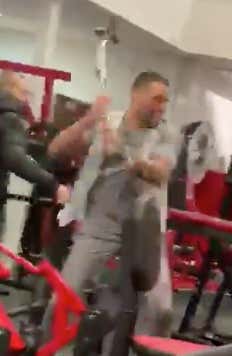 And in some instances, on that [insert a soccer player famous for his steroid use]-type juice. 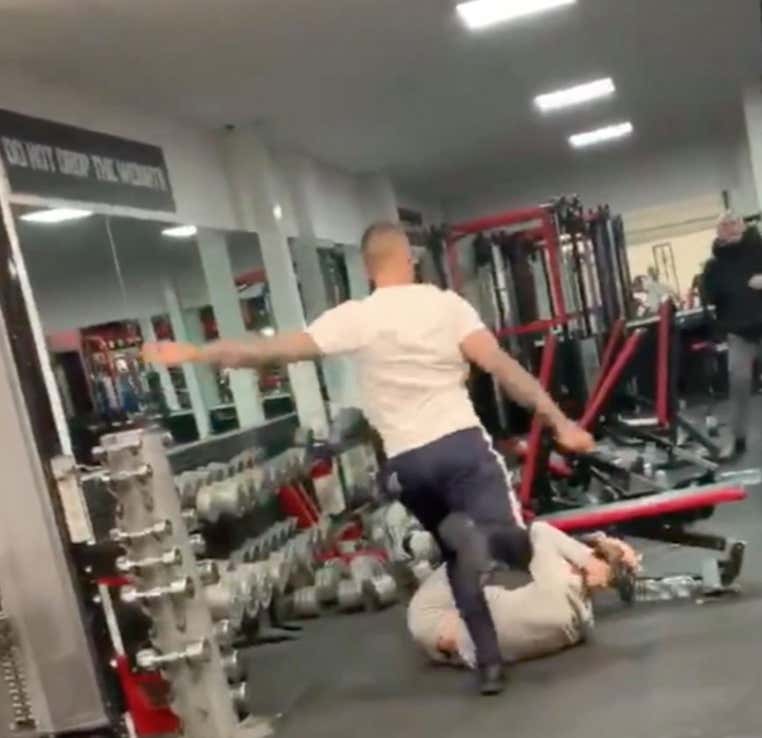 Whoever this man is, he deserves to be in jail. The victim is laying in fetal position on the floor while this lunatic is swinging a bar at his HEAD and kicking him! What if the dude wasn’t holding a weight over his head, effectively blocking his blows from landing? If that bar made contact with his head, well… we would be looking at a very different scene.

Fortunately that wasn’t the case and, somehow, the only injuries sustained during the brawl were bruises and cuts.

So don’t let the fear of getting beat to death keep you from heading to your local Ab Salute Gym, as – according to them via The Sun – this type of violence isn’t the norm.

“This was an isolated incident which has never happened in any of our five establishments in the ten years we have been open. We do not condone violence in any of our gyms and take this very seriously. The police are aware and appropriate action is being taken.

The individuals concerned have been banned from our gyms for life.”

Guess Bonds & co. will have to find a new place to rage.