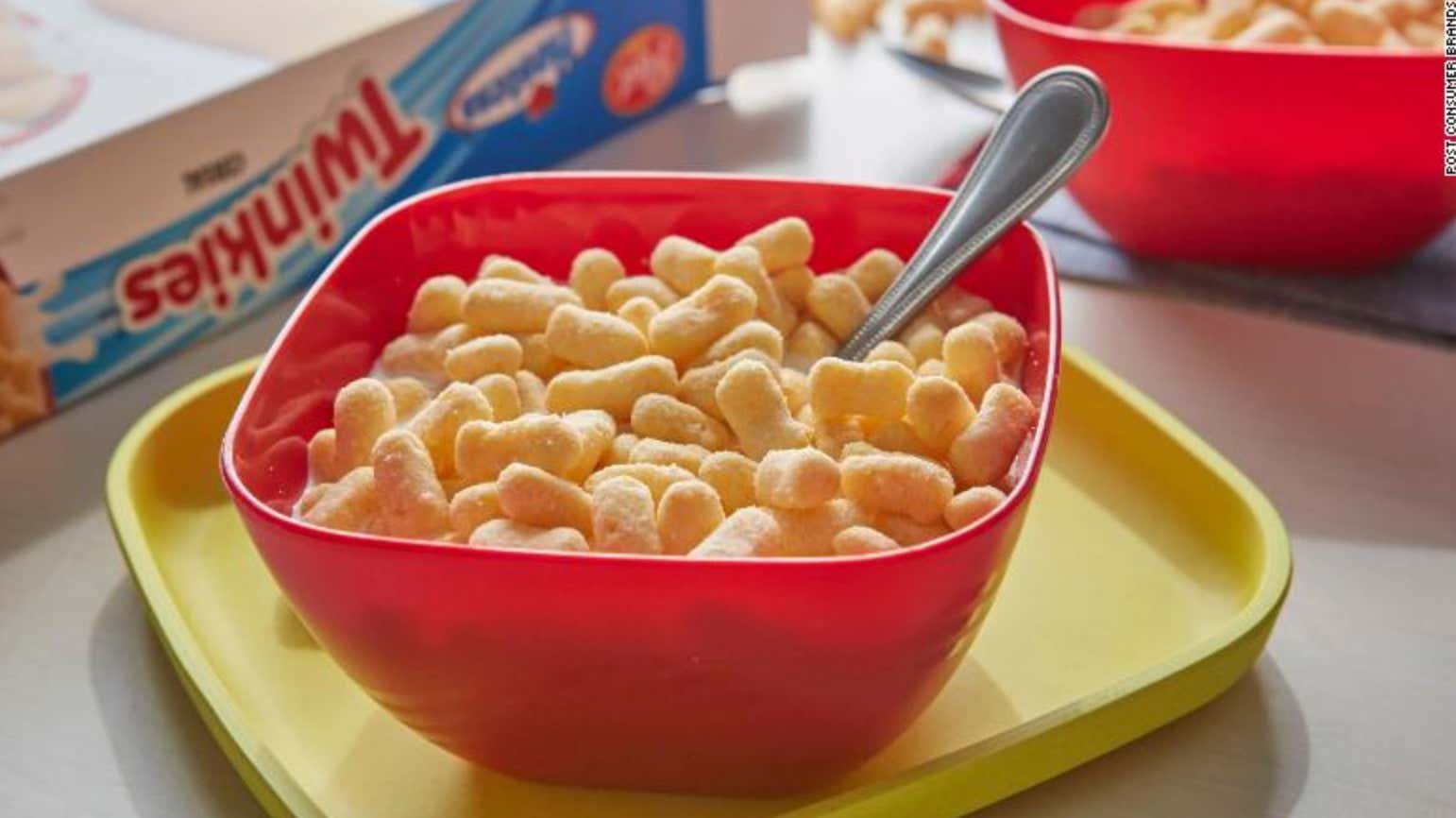 That CNN tweet legitimately made me laugh out loud. Something about them sincerely crafting a tweet about how just a few years ago the United States of America was ‘gripped’ by a Twinkies shortage. People forget that the US of A, and the whole entire world really, was going through a Twinkies shortage and we didn’t know if there was a sliver of light at the end of the tunnel. Think about it, there were potentially kids being born who wouldn’t even know what a Twinkie is. They’d look back at old pictures of people eating Twinkies the same way people look at paper maps and phone booths. It would’ve been a real shame.

But that’s no longer the case, we can all breathe a deep sign of relief. And the only reason I can laugh about it now is that the Twinkie recession is clearly over because they’re expanding their empire into the cereal world. Business is BOOMING and it will continue to boom because Twinkies cereal sounds fucking delicious. Do you like cereal? Do you like Twinkies? Do you want an excuse to eat a Twinkies-based meal before 9am? Boom, Twinkies cereal. Giving the people what they want even if they didn’t realize they wanted it.

Twinkies went from being an endangered treat to exploding into different markets. We’re only getting Twinkies cereal right now but the sky is the limit when it comes to where the Twinkies empire wants to go next. Twinkies hot dog buns? Twinkies merch? Twinkies dog toys? The world is their oyster. If I’m the people running Twinkies, CBD Twinkies is the next move. No brainer. Gotta get involved in the CBD movement before that cannabis bubble bursts. Cash in now before it’s too late.