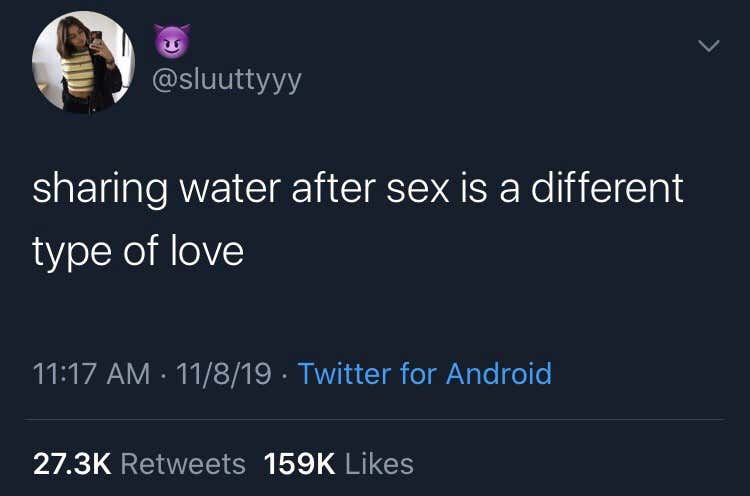 As a former sex haver, I can confidently say that nothing in the world compares to the bond between two partners who both have a natural preference for unique things like water and surviving. With the sheer numbers on that monstrously viral tweet, I realize I'm beating a dead horse at this point, but it honestly can't be stressed enough. The transcendent love that stems from a mutual interest in unconventional activities like "being hydrated" and "staying alive" is far more powerful than cliché “relationship goals” like having a mutual interest in music or a mutual interest in each other. As a tried-and-true non virgin, I can firmly attest to how pleasurable and satisfying it is to take that first gulp after one of you finishes (cums), looking her in the eyes, and watching as your newly-formed soulmate romantically follows suit and takes a swig from that exact same water bottle or bathroom sink. Sure, the eye contact, orgasm, and financial loss may not have necessarily been reciprocated, but on that unforgettable night, we both shared that water. And we enjoyed every fluid ounce of it. 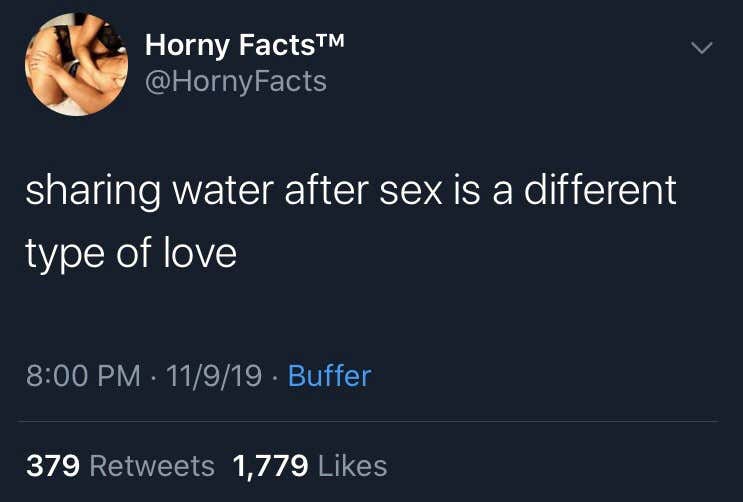 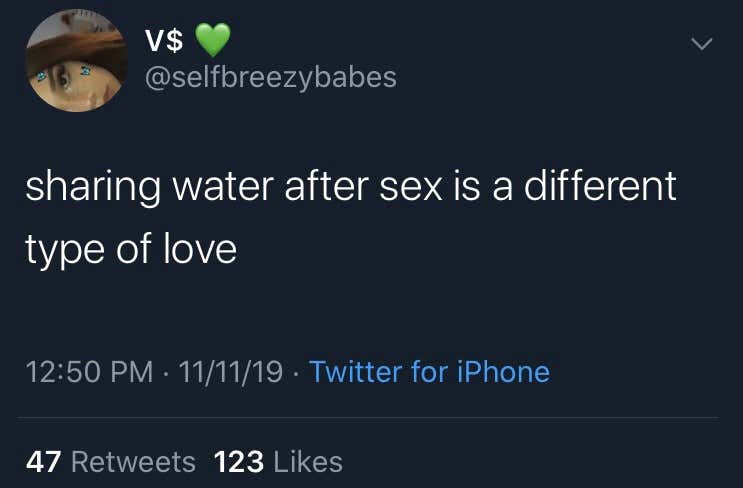 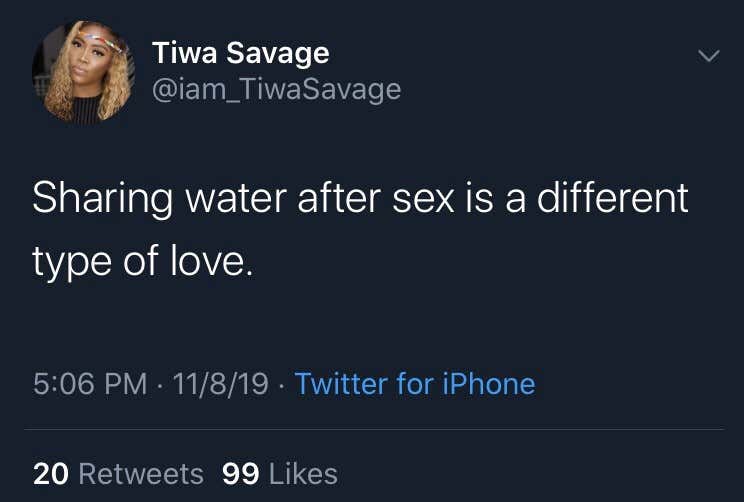 Hotel room at the Cosmopolitan: $300

The non-complimentary bottle of Fiji water in the fridge: $6.99

The burning love between two souls who experienced the simultaneous desire to have their thirsts quenched: $30 per Valtrex refill, but other than that…Priceless.