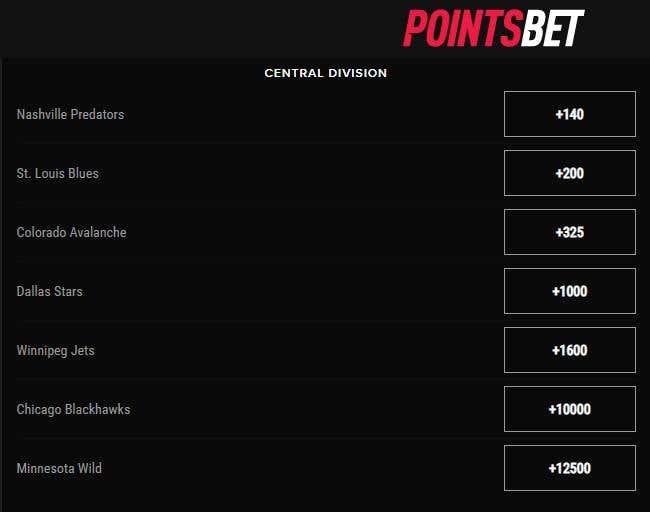 I love PointsBet. They’re a great sponsor. They’ve sponsored a segment on Redline Radio all football season long so I feel bad doing this, but come April I am going to be a 10,000aire because that is how back the Blackhawks are. Last night was the most fun I have had watching the Blackhawks since Panarin left. In Vegas, absolute track meet, come from behind, MONSTER road win. And…people aren’t paying attention. The Blackhawks have been playing great for a week. The team is rolling and Vegas and PointsBet are asleep at the wheel. I mean the Blackhawks were +200 on the moneyline last night. How is that possible? How is it possible that a team with two Vezina goalies and Hart Trophy contender are +10000 to win the division? HOW? It’s because people don’t respect them yet. They think it’s the same old Hawks. They think it’s just a little hot streak…it’s not. It’s real. It is safe to believe. Beyond that…it’s wise to believe.

I detailed out the High-Danger chances breakdown against Toronto. Gave up a ton of shots, made Lehner’s life “easy” with only 4 quality chances. Last night, against a team with legitimate Stanley Cup aspirations in one of the toughest buildings in the league the Blackhawks did it again

Essentially even in high danger chances. The Golden Knights, at home with the advantage of the crowd and last change only had one more high danger chance 5 on 5 than the Hawks. When you have Crawford/Lehner in net and Kane, Debrincat, Strome, and Toews going the other way that is a ratio you can live with or even strive for. That is a winning formula. This is what we envisioned in the summer. The defense improves a bit with having an absolute ROCK in the back end like Calvin de Haan, the special teams get a little bit better, and the top guys carry the Hawks to playoffs. It’s happening right before our eyes and you better fucking buy into this team right now because the West Side going to be fun and we might all end up rich.

The Blues are rolling right now, but eventually not having Tarasenko is going to catch up to them. The Avs are banged up. The Preds haven’t really hit their stride yet. The Jets and Stars suck. The Wild are garbage. There’s an opportunity here for the Blackhawks. I am not saying it’s likely. I am not guaranteeing anything. I am saying that it’s possible and a value bet at +10000 to take the Hawks because there’s nobody in the NHL, and that has been proven over the last week, that is head and shoulders better than the Hawks when they play this style. Join Or Fucking Die

1) Murphy comes back on Saturday which means that Boqvist is getting sent back to Rockford. That is a shame because he is probably one of the Blackhawks best 6 defensemen right now. Or at least right there in that conversation. I like watching him play. He’s getting better in his own end. Gaps are good. We haven’t noticed him too much in the last little bit and that’s a good thing considering the offense hasn’t been there for him. I’d love to keep him up and get him more comfortable at this level because he could be an asset come spring time.

2) I am pretty close to being out on Nylander. One or two tantalizing passes per game isn’t worth the dog shit effort along the boards in key moments when the puck has to get out or the bonehead plays like a drop pass at his own blue line when you’re trying to protect a lead in the 3rd period. He needs to be better or he needs to be gone. With Caggiula in concussion protocol maybe this is a time to call up Dylan Sikura and give him another crack. Let him play with Saad and Toews and see how that line looks because we have run the Nylander experiment a few times. Sikura might not have the ceiling of Nylander but you’re going to get a more responsible game and you shouldn’t sacrifice that much offense either.

3) Kirby Dach had a few bumpy moments last night, but he buried his chance when it mattered most. I don’t love having him in the NHL if he’s in a 4th line role. Give him a shot with Kubalik and Shaw or Sikura. Let him play with more skilled guys so he can benefit from holding on to the puck and trying to make plays.