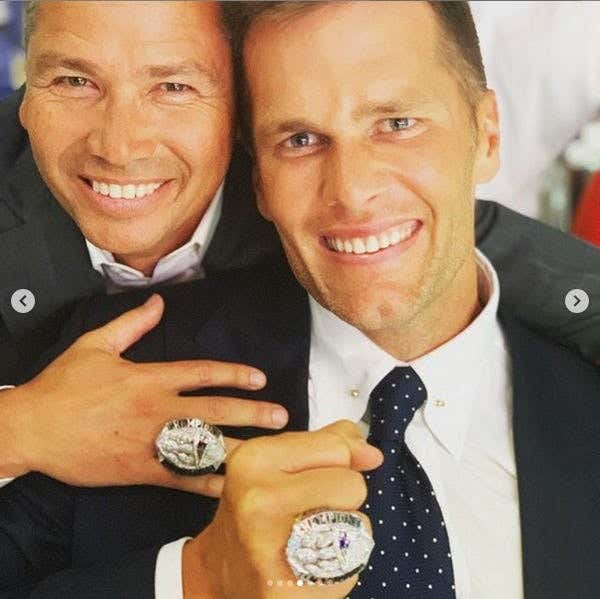 What a way to start the day.

As I heard the news that Tom Brady's trainer/business partner/life coach/guru/soul mate is confirming that Brady feels like he's got maybe five more years in him, my thoughts immediately turned to the rest of America. To how this is going to go over in the places where all their hopes and dreams for a successful future have been riding on Tom Brady's decline. The one that to them seems to be inevitable, yet somehow never seems to arrive.

How long has the end of Brady's career been the plan in places like Pittsburgh, Kansas City, Houston and the entire AFC East? How long have they been pinning their hopes on Father Time finally lifting him up and tossing him out of the wrestling ring? Has it been 10 years? Maybe more? I distinctly remember the nation bathing in his blood when Bernard Pollard ripped his ACL in the first quarter of the first game of the season. And that was 2008, 11 years ago. They said he'd never be the same. Then they used his record-shattering 2007 season as a comparison to prove statistically that the ravages of time were catching up to him. And the talk in 2014 that "It's been a decade since he won anything" and how he "hasn't been the same since Spygate" was not that long ago.

Lately they felt like they were finally getting there. Like mountain climbers who keep thinking they're getting to the top, only to scramble up to the top of the rock wall only to realize it was a false peak. Followed by another. Then another. And this morning's news from Alex Guerrero just parted the clouds and showed the world that they've barely made it to base camp on the foothills of Brady's career Everest.

So yeah, I can't help but wonder how this will go over in other NFL markets. What it's like to have so much hope that your days are only two or three years away, only to have that target date pushed back yet again. To feel so desperately that you're right, yet to fail nonetheless. It's frightening, turns the legs to jelly. I ask you to what end? Dread it. Run from it. Destiny arrives all the same. And now it's here. Or should I say, Tom Brady is.

In other news, we can confirm yet again that the Pliability War, if it ever existed, is long since over and there is peace in our time.

And that shocking, world-shattering news that Guerrero sold his house was a Royale Nothingburger, with Cheese.

Enjoy your day, other 44 states. You got two years added to your sentence in Hell.