THIS is the reason why I don’t ski back country. It’s not because I don’t have skis, it’s not because I’m poor and live Manhattan, it’s because if I skied off the side of a cliff, I’d be dead. We’d all be dead. The only reason this guy survived is because I’m assuming he made some sort of deal with the devil. That’s who he thanked when he popped up. That or because the pow was so cumulonimbus that it broke his fall. Regardless, his face says it all. 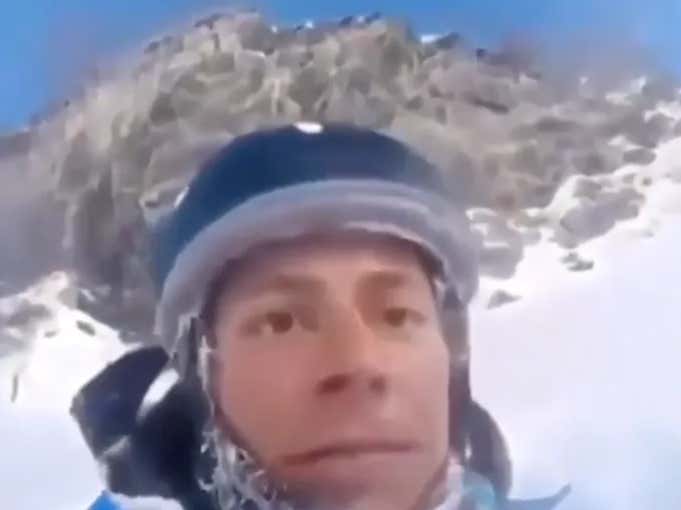 Have a great goddamn day.