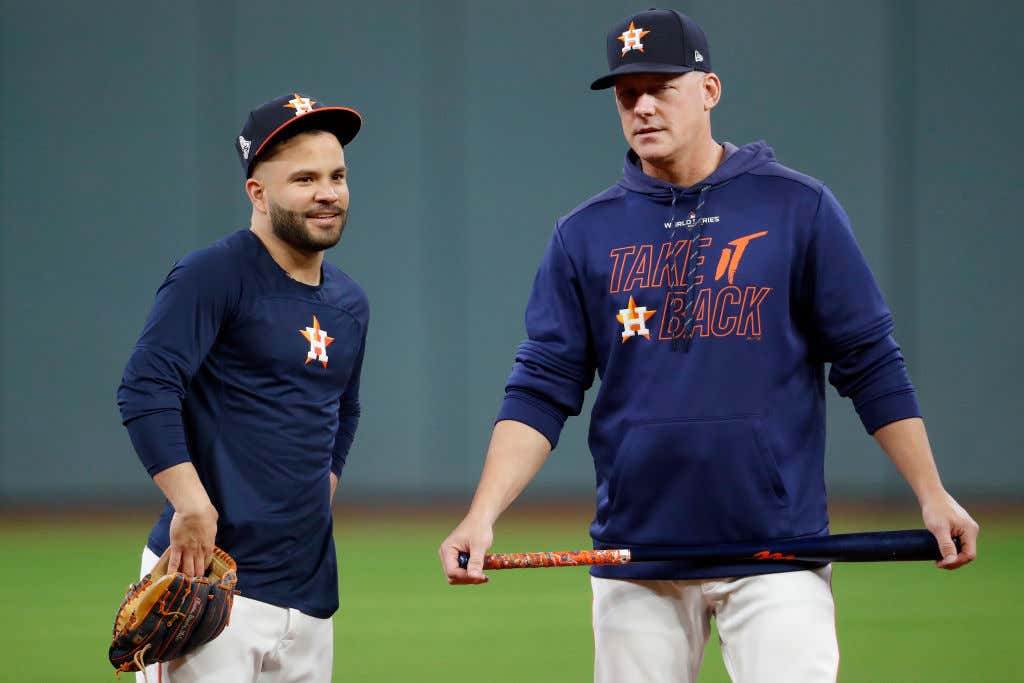 It's the morning after Ken Rosenthal dropped his bomb on the baseball world and more and more evidence is coming out about how the Houston Astros cheated their way to a World Series title. White Sox Dave wrote a good blog trying to figure out who started it all and you can read that here. Carrabis chimed in this morning with a bunch of words that basically translates to "I'm friends with Alex Bregman and this isn't that big of a deal even though he was heavily in on it" in the least shocking thing of all time. This is a wild story that is far from over.

Now to the more evidence coming out. This Twitter account @Sports_Talker1 went back and found the Astros splits for the 2017 postseason. The one where it was implied they stopped cheating before. Yeah no fucking shot. The numbers are laugh out loud funny.

You might need to actually take away their title. I want this organization burned to the ground.