We're coming down the home stretch of the fantasy football season and things are starting to take shape. Some teams are jockeying for playoff position while others are fighting to avoid the dubious distinction of last place.

Let's take a look at how everything shook out in Week 10. 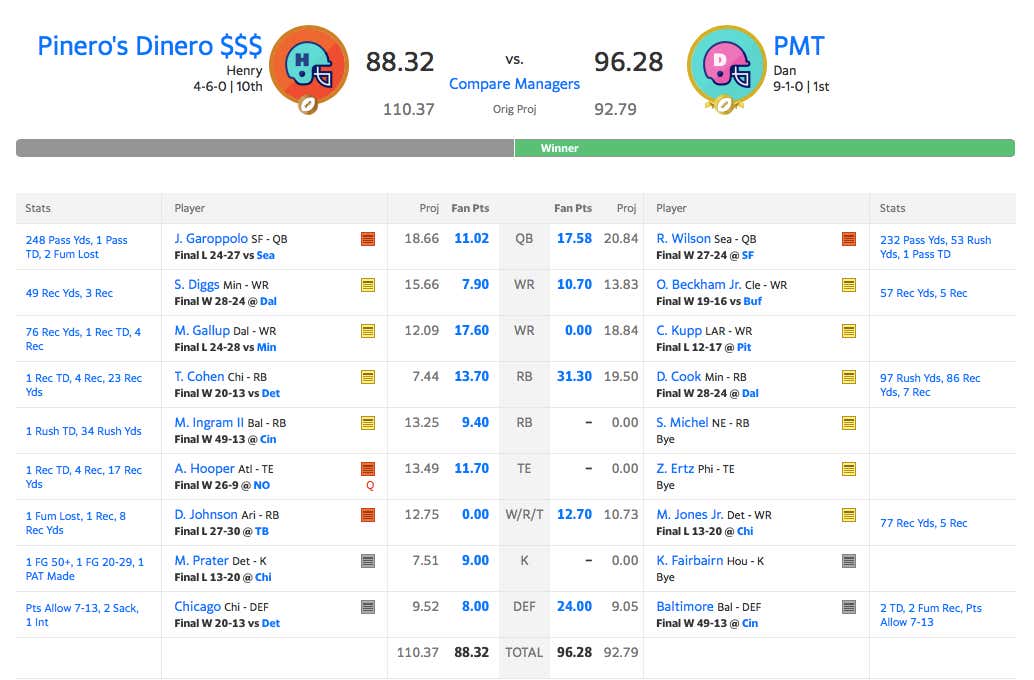 Oh no. No no no, not like this. I honestly hate this for my friend Henry.

PMT left in its three players on a bye week and even added another goose egg from Cooper Kupp for good measure and still won. I have no idea how this keeps happening, but they've won nine in a row. 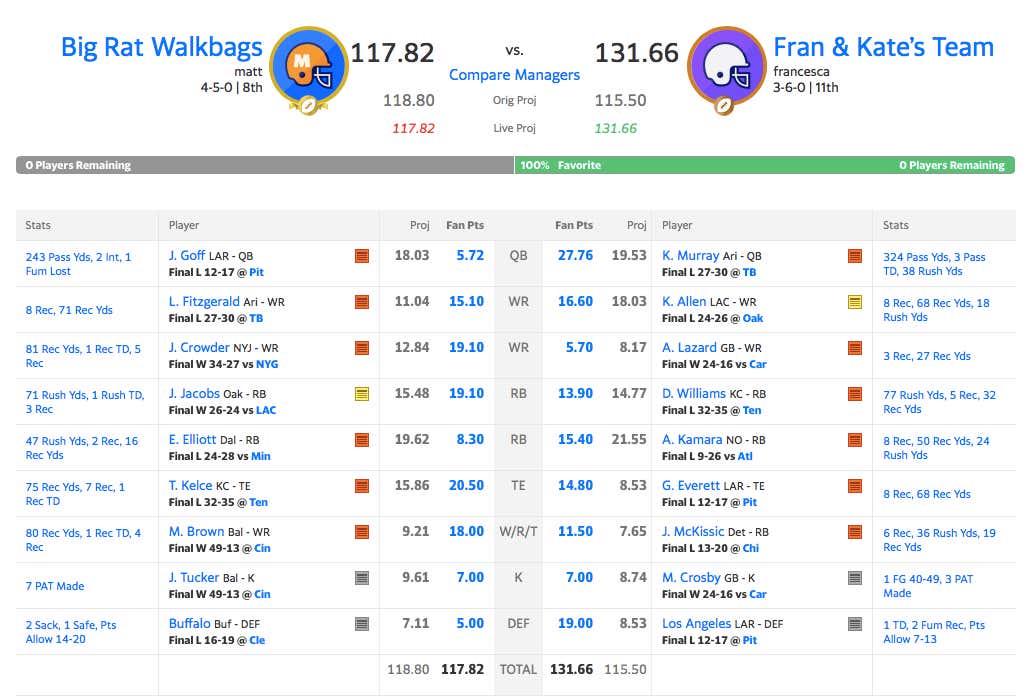 Fresh off an appearance on last week's episode, Fran and her teammate Kate picked up a massive win over the Walkbags to stay a game clear of last place and pull closer to the middle of the pack. Kyler Murray's big day coupled with a resurgent performance from Keenan Allen led the Frate Train to the big victory. 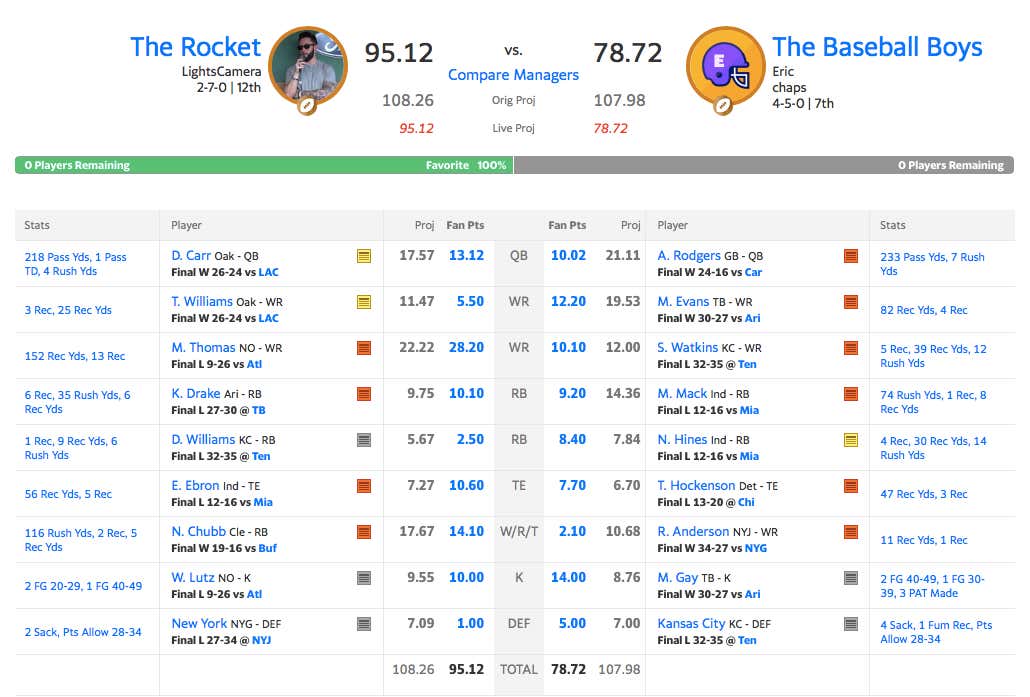 With Fran and Kate's win, LCB needed this game in the worst way to avoid all but wrapping up last place. But Michael Thomas and Nick Chubb stepped up to keep Jeff and KenJac within striking distance -- not of the playoffs or anything relevant, but at least of not having to do a 7 p.m.--7 a.m. radio shift. 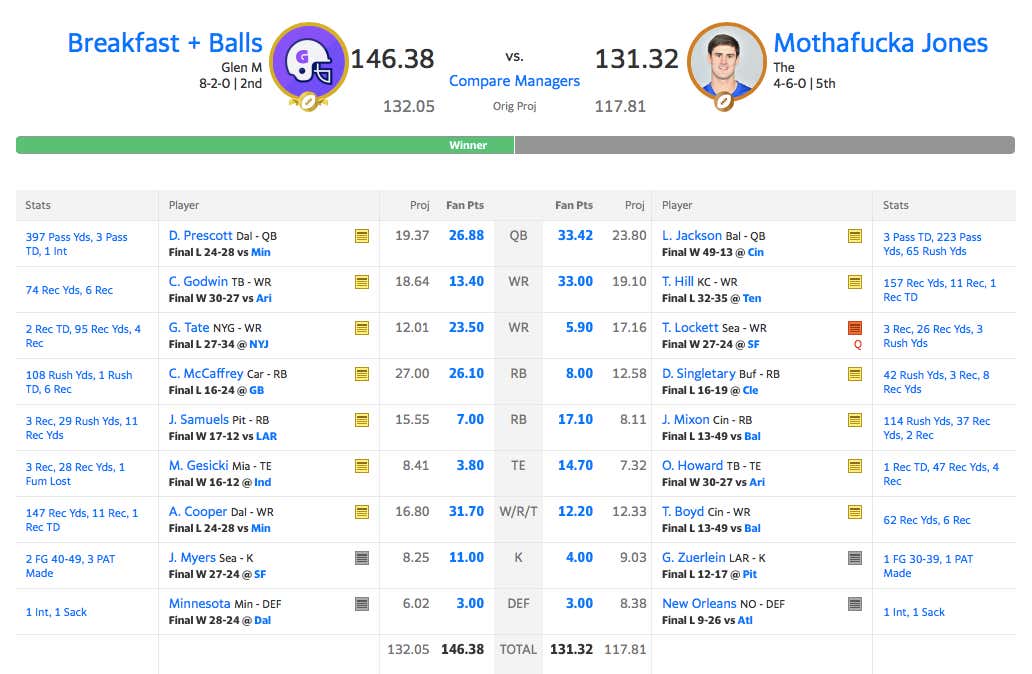 Even with PMT having won its last nine games, I think if most league members were honest, they'd say Glenny Balls and his wagon of a squad are the most formidable opponents heading into the playoffs. Big Glen did it again with 146 points, still winning comfortably over Clem, who had a great performance -- sometimes it's just your day. 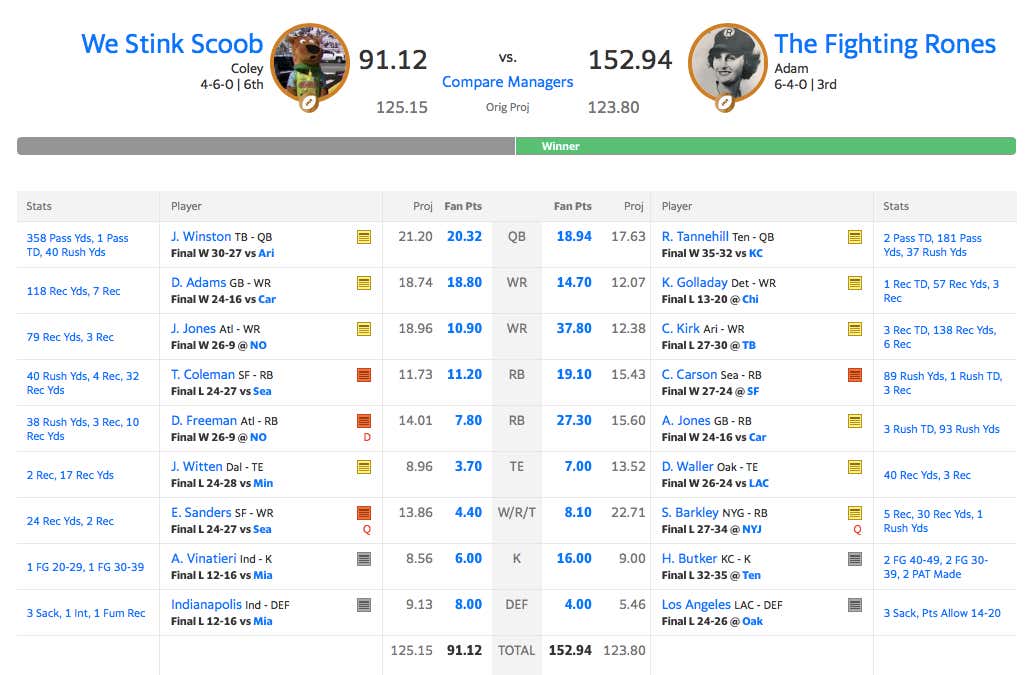 Don't look now, but Rone has a freight train rolling down the tracks at just the right time. Christian Kirk obviously led the way this week with 38 points, but Ryan Tannehill has been a great addition so far and Aaron Jones and Chris Carson is a formidable fantasy backfield. 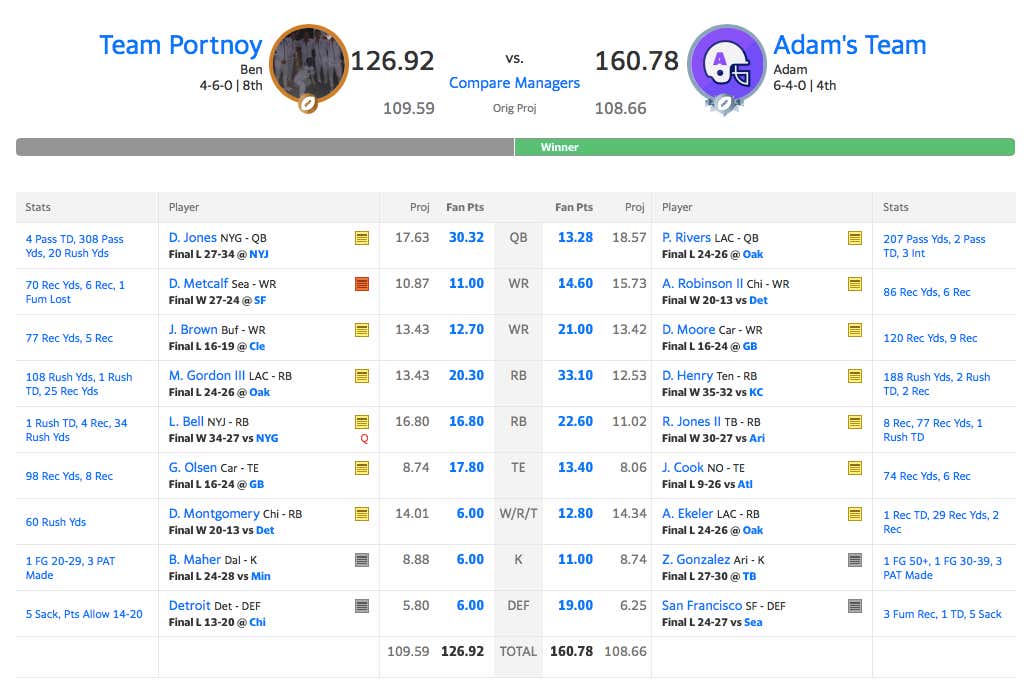 This may have been the highest-scoring week of the season, with several teams losing even with 100-point performances. Team Portnoy put up 127 points, but it was not enough to take down Smitty, who is quietly lurking in the shadows, waiting to strike come playoff time.

Team of the Week: Smitty

Suckbag of the Week: Hank 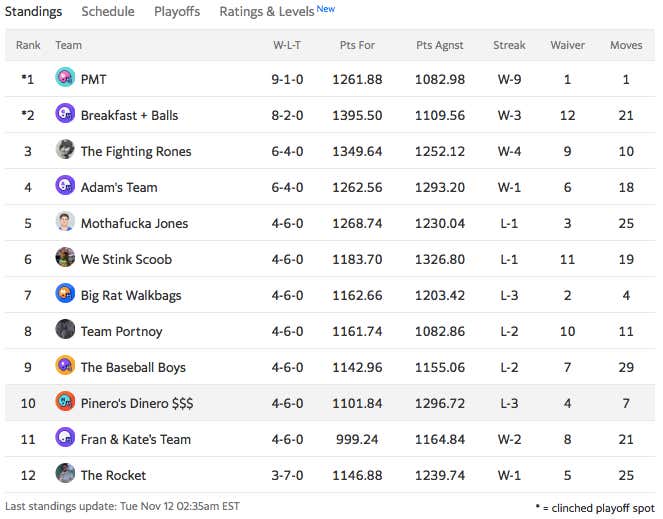