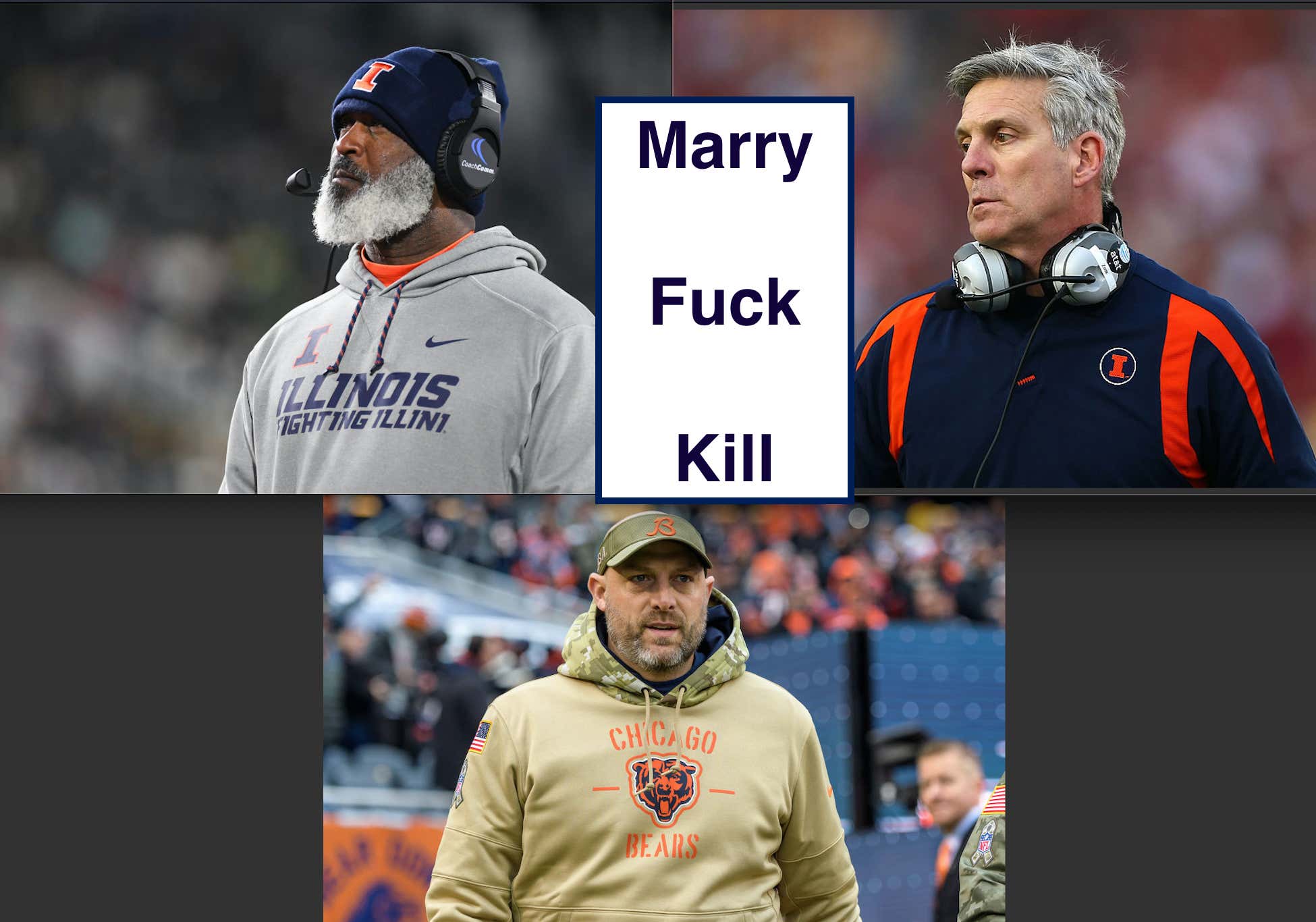 I understand this took a left turn when I included Ron Zook but really I just want to talk about Lovie and Nagy. So for purposes of this argument lets assume that we'd all fuck Ron Zook. 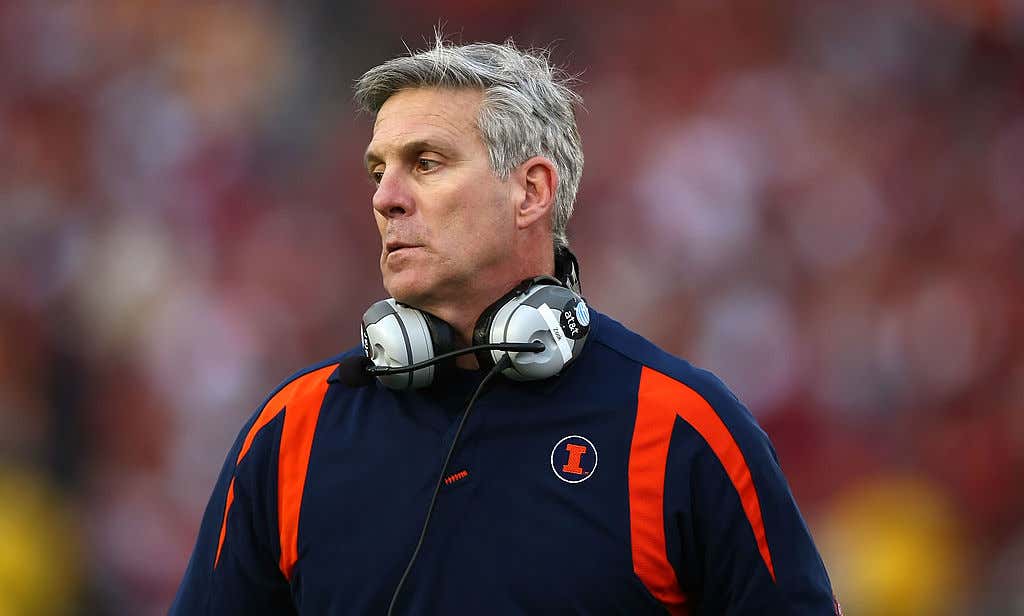 Which leaves us with Lovie Smith and Matty Nagy. One gets killed, the other married to us miserable slobs for life.

Let me also interrupt this very important blog with an equally important message: I don't mean as the head coach of the Bears. I'm talking MFK purely from the standpoint of "You Own A Football Team - Any Football Team - Who Would You Rather Have Coach it"

I admit there's some recency bias. The Illini look like a goddamn snack rn: 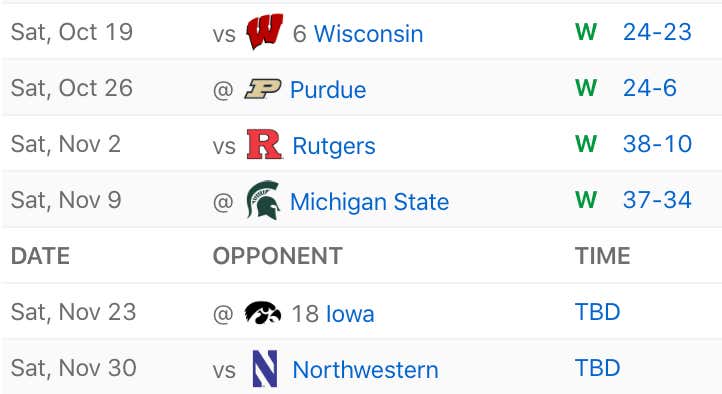 And you can really look no further than the bearded man.

There's a ton of other factors but realistically you don't need to look at any of them. It's Lovie #1 and then everything else #2 although also credit to AD Josh Whitman. People forget Lovie had a pitstop in Tampa where he got raw dawged right out of the NFL because Jameis Winston fucking STINKS and apparently Lovie Smith isn't the kind of leader you build around. Or something like that. Who fucking knows or cares. All that matters is Whitman was there to scoop him up and we've ben off to the races ever since.

So from this standpoint it's pretty hard to kill Lovie.

But if I'm fucking Ron Zook (given), do I really want to be with two Illinois Football coaches? Or should I change it up and go to Nagy's Youthful energy?

The case for Nagy is obviously pretty simple: stock is low for the reigning NFL Coach Of The Year. As a big Business guy (not Big Bussiness, fyi) I'm smart enough to diversify the proverbial playbook. That's how you get rich.

But if I marry Nagy then I need to remember two sets of rules for college and pro. One foot in, two feet out. Challenge this but not that. And the other argument against marrying Nagy is that the Bears have a losing record. Even if they are on a big 1 Game W streak. I don't want to be seen as desperate, but again - the value is low and I'm naturally just a very desperate guy.

Ultimately I think I have to kill Nagy but that's just because I'd be stupid not to marry Lovie Smith.

The Illini are back, we're going to a bowl, and everybody gets to fuck Ron Zook in my hypothetical.

We call that a Win-Win-Win

AKA THE THREE IN ONE

PS - it sucks I have to do this but sensitivities are running high in this city rn. Particularly around the Bears. Ipso facto I regrettably have to admit, explicitly, that I do not actually want to kill Matt Nagy. He is, instead, just the punchline to a joke about how the Fighting Illini are back and how everyone else is fucked in the process. Especially Ron Zook.