“I just got bit by a snake!”…”Crazy bitch!” Good times. I don’t know why this made me so happy, but it did. I don’t even have anything against lil Pump, I just think he’s a goober. I mean look at how fucking stupid this kid looks. 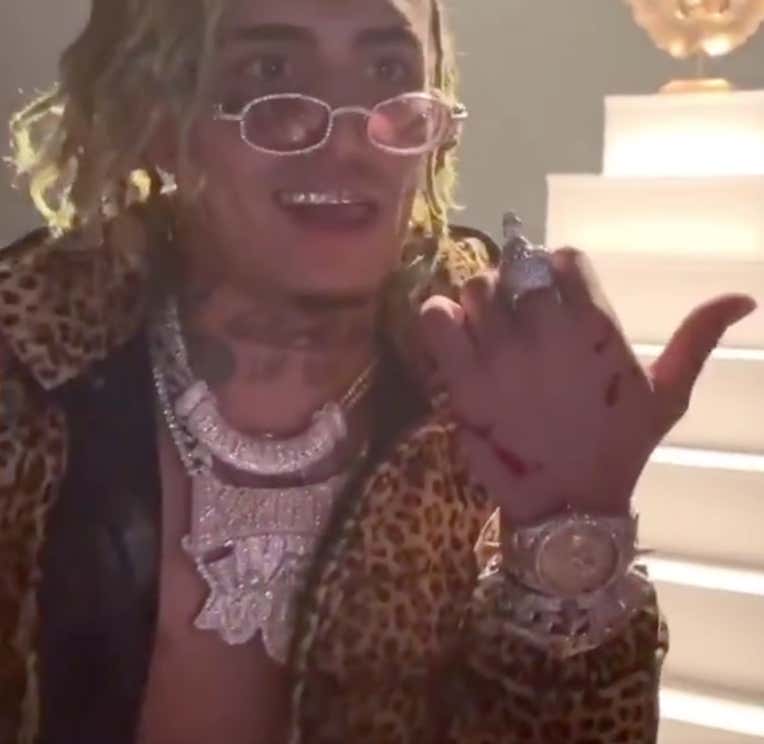 Nineteen-years-old covered in tattoos and his jewelry weighs more than him. He’s essentially a younger version of Riff Raff. I have to imagine his age was the main reason he got bit in the first place. Poor guy has no historical reference. If you recall, the last major musical performance involving a snake was during the 2001 VMA’s.

Pump was only one at the time. If he had see that performance he would’ve known how to properly handle the serpentine. Oh well. Best of luck in recovery, Lil!