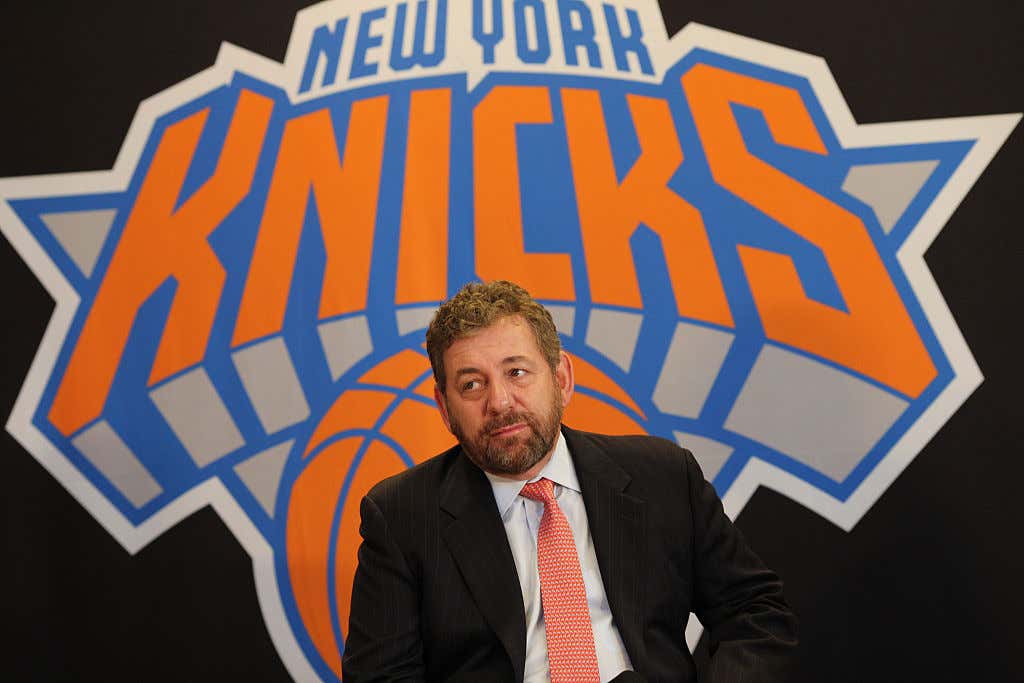 (NY Post) - Porzingis probably didn’t know it, but after his rookie season, Jackson sought trade offers for the No. 4-overall pick of 2015, according to a source. His rookie year was promising (14.3 points, 7.3 rebounds and 1.9 blocks per game) except for a few minor injuries. Jackson looked at the big picture, though. The Zen Master was afraid durability could be a long-term issue. He was uncertain Porzingis would become a viable No. 1 option — a franchise player to build a team around.

Jackson noticed players much shorter than Porzingis — but more muscular — had success defending him in post-ups. Porzingis’ balance on his shot also was a concern.

Jackson theorized he might be able to get back two All-Stars and another future piece for Porzingis because of the New York hype machine. But Jackson never pulled the trigger. But after Porzingis blew off his exit meeting, Jackson was at it again, soliciting offers before the 2017 draft.

The Celtics offered a trove of assets, including Jaylen Brown, in a scenario under which the Knicks could move up and select future Bulls forward Lauri Markkanen, but again Jackson held back. Some in the league believe Jackson didn’t make the trade on orders from owner James Dolan. Who would’ve thought then it would turn into one of Jackson’s and Dolan’s worst miscalculations?

“Phil didn’t like the brother,’’ said Charley Rosen, a Jackson confidant. “He thought he was too inexperienced.’’

With Porzingis finally facing his old team for the first time tonight as the Mavs play the Knicks, I couldn't help but notice this little nugget in a story that talked all about how Porzingis' Knick tenure went down. I have to say, James Dolan you my friend are one beautiful bastard. Smartest owner in the league if you ask me. It's been a few years so let's rehash things a little bit. Porzingis came into the league and had a hell of a rookie season

Then in Year 2 he was even better, putting any doubt to rest that he could be a franchise guy. Enter Danny Ainge. He had taken Jaylen Brown that summer of 2016 and he was a guy who didn't have a major role his rookie season playing just 17 minutes a night, but was certainly a high ceiling player. This was also a time where the Celts had a billion picks which most likely would have had to go to NYK in exchange for Porzingis. You have to think this would have been Jaylen Brown AND the pick that eventually turned into Jayson Tatum and who knows maybe even the MEM pick too. I mean Porzingis is a unicorn talent and you knew Phil was going to try and get everything he possibly could at that time. Even if they weren't going to target Tatum, there's no chance he falls to wherever the Celts may have ended up after that Knicks trade (let's just say it was the Knicks 8th pick). Remember, that summer they traded for Kyrie so chances are they knew at the draft that was a possibility which means they would have most likely passed on Donovan Mitchell. If we can assume that the top of the lottery stayed the same, here's who would have been left

Let me ask you, would you rather have Jaylen Brown/Jayson Tatum or Porzingis and any of those other dudes? After seeing how Tatum and Brown have developed I'm thinking any Celtics fan would prefer that duo. In the end, what a disaster of a situation for the Knicks considering they ended up trading Porzingis for cap space which ultimately they couldn't use to land stars because nobody wants to play for that dickhead Dolan. Had they just accepted the deal they would have had a ton of picks in addition to Jaylen/Baby Dirk which are two legit young building blocks. They could have taken all those picks and flipped them for additional talent if they wanted. When you consider what their actual return was for Porzingis compared to what Ainge was supposedly offering that would infuriate me as a Knicks fan even if they are used to this shit by now.

So from the bottom of my heart I want to say thank you to James Dolan. I hope you are the owner of the Knicks for the rest of my life. You helped set up the Celtics future for the next 10+ years by being a fucking moron. Knowing this makes performances like these all the more sweet

because if Phil was allowed to make the basketball decisions they may never have happened.

I also can't help but laugh because this is another report of Ainge trying to cash in his chips in a trade that ultimately fell apart. NOBODY almost pulls off trades that never happen like Danny Ainge. He's called Trader Danny for a reason because even if he's not making trades he'll make sure you know he tried. Classic.