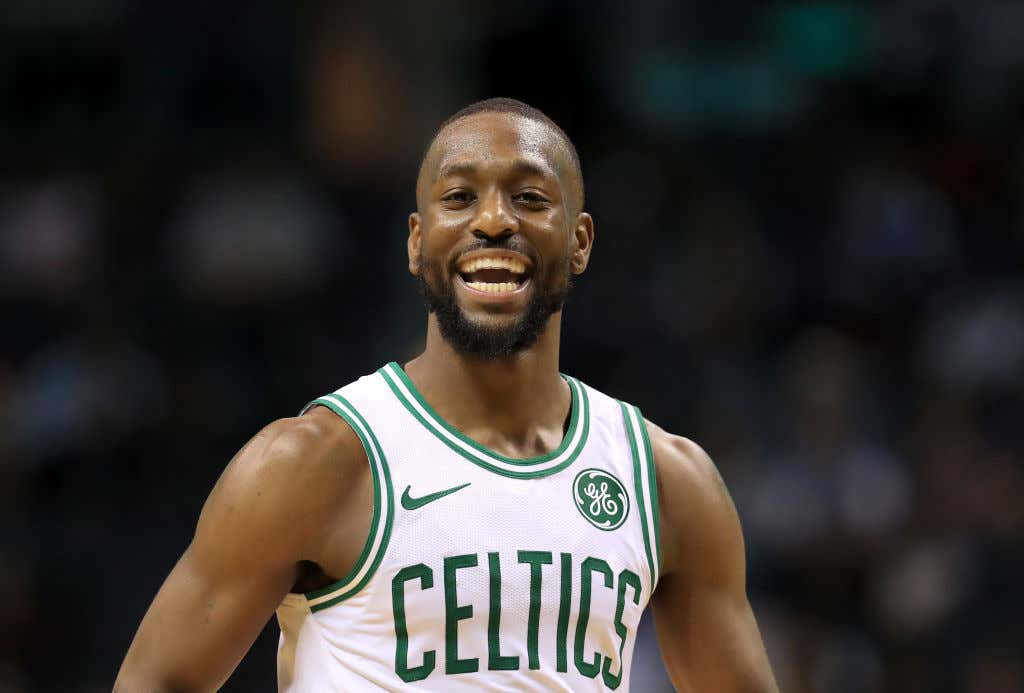 Call me crazy, but 6 wins in a row, being tied for the best record in the NBA, having the 3rd best net rating in the NBA, the 3rd best defensive rating in the NBA, the only team in the NBA with 3 players averaging at least 20.0 ppg is pretty fucking good. Now this is where the butthurt Sixers fans and Celtics haters will cry about their schedule blah blah blah as if you can control who you play. Cry about it and accept the fact that the Boston Celtics are off to one of the best starts in the entire league. A team the internet and talking heads couldn't give up on fast enough suddenly looks fantastic and a completely different team from the group we saw last year. The energy around them is better, young players are taking the leap we hoped for, Brad isn't fucking up nearly as much, and wouldn't you know it's all translating into wins.

Does any of this guarantee any sort of playoff success? Of course not, don't be ridiculous. We haven't even seen what this team looks like once they hit a rough patch, but all we can do is evaluate them based on their current body of work. This very well could have been a letdown game with a big matchup against SA on deck tomorrow, and honestly this was the type of game the Celts probably lose last year. Remember those dickheads? They loved losing to terrible teams more than they loved anything in the world. But instead the Celts game out right from the jump, punched CHA in the mouth and never looked back. Hopefully your Celtics high hasn't worn off, and if so, well I have just the think to get you right back to where you should be feeling after yet another win. Let's begin.

- We had a lot of candidates for the top spot of this blog, one of the most coveted awards on the entire internet. After thinking long and hard about it I really couldn't go any other direction, even on Kemba Walker's night. The choice is Gordon Hayward, a player who is returning to a level better than what we saw in UTA and it's changing the entire complexion of this team

I think we can all agree that a lot of last year's drama was the fact that Brad played his one true love maybe a little too much despite the fact that he clearly wasn't ready. How Brad handed that situation was a disaster and it kind of helped ruin the season. But here's the thing, you want to know why the wings all seem to be coexisting and there is no drama over playing time or roles? Because Gordon Hayward is the Gordon Hayward we all hoped he would be when he first came here. No longer are these performances one-off flukes, he's been at this level every single game and you can see how valuable he is to what Brad wants to do offensively. You can run him in P&R, you can have him as a spot up shooter, you can give him the ball on a switch and let him attack, everything is firing on all cylinders this season.

You can tell Gordon's mindset is different this year because he's been so much more aggressive not just offense but on the glass as well. Getting his nose dirty and holding his own on the glass while also being an efficient primary scorer is what I dreamed of when the news first broke he was coming here. People forgot just how good Hayward was because he played 5 minutes and then looked like ass last year. Well here's the reminder that he is an elite NBA player who instantly raises the Celtics ceiling if this is the version we are going to be getting this season. It's been amazing to watch.

- It didn't happen last year, but I'm pretty sure this season is what a Jayson Tatum leap looks like

Another 20+ point/9 rebound performance which marked the 4th time in 7 games that Tatum has had at least 9 rebounds in a game. Look at me with a straight face and tell me that isn't fucking gigantic given this team's rebounding needs. The efficiency is starting to come back with 52%, 56%, and 47% performances over the last three games. He's making 3.1 3PM a night shooting 45% from deep and went another 4-6 last night. His defense has been RIDICULOUS to start the season and in my opinion may be the biggest leap he's taken. We're seeing a career high in REB%, BLK%, and STL%. He's still not getting to the line which is annoying but his shot profile is a billion times better than we saw last year.

Everything I wanted to see from Tatum as he developed into this team's #1 scoring option is happening. He led them in FGA but only took 17, he's not forcing terrible isolation midranges that plagued him last year, and he now has teammates that are willing to defer to him in order to get him going. It's all been perfect.

- What do I always say. The success of this team comes down to defense and rebounding. Always has, probably always will. Well, they won the rebounding battle 52-49 and they held CHA to 38/19% and caused 20 TOs. You may say "so what it's CHA" well guess what, there weren't supposed to be any teams in the NBA that the Celts could outrebound considering they don't ever do it so yeah I'm, going to chalk this up as a win.

If you had to choose what's different about Jaylen this year, right away you have to talk about how much better he has been at finishing through contact. The Jaylen we all remember was a guy that missed every layup he took. Now? He's finishing strong with both hands, everything is him attacking the rim and using his athleticism to get wherever he wants, and he's been fully engaged on both ends. Remember, he had a brutal start to the year last season because of his hand injury but then was one of their most consistent players for the final like 5 months of the year. He got his contract so he doesn't have to worry about that anymore and look at what's happening. This is the best version of Jaylen we've maybe ever seen.

- 29 assists on 40 baskets. That is the type of ball movement that not only gets my dick hard, but is the key to this team moving forward. The Celts are at their best when they are playing an unselfish style, and three guys with at least 5 assists is exactly what I want to see.

- Of course, it was an emotional night for Kemba and you could clearly tell he was nervous after he went 0-6 in the first half. But here's the thing about Kemba, you can't hold him down for long and his second half showed it

Seeing him make shots was nice, but I also liked the 6 assists since we haven't really seen Kemba be a playmaker yet. I think it's fair to say that everything we hoped Kemba would bring to this team has happened, both on the floor and off. One thing that really stood out to me was this play right here

Does that happen last year? No fucking chance.

- Grant is such a Marcus Smart 2.0 clone it's not even funny. Does this line seem familiar?

it was a homecoming for him too so he was for sure nervous, but it's starting to get a little eerie how much he's like Smart. Add to it the lowest Drtg on the team last night with a 63.9 rating and I don't give a shit that he can't shoot.

for a team that DESPERATELY needs bench scoring, I am certainly intrigued.

- Wouldn't you know it, the game got to the second quarter and suddenly the Celtics turned back into a pumpkin with 30/14% splits and just 22 points. At this point you have to just accept the fact that this is the worst second quarter team in the history of the NBA. I don't get it, the starters play a heavy portion of that quarter yet they can't stop puking on themselves. It doesn't matter what the roster looks like, this is just their reality.

- If you take out the Javonte scoring which came towards the end, there's no way around the fact that the Celtics bench offense is a big time problem. Carsen went 0fer, Grant went 0fer, Smart 2-8, they are dead last in the league in bench scoring and this has to change at some point. I'm not messing with the starting lineup after they seem to be working well together, but this team cannot survive if they are barely getting 20 points a night on average from their bench unit.

- Poor Poirier. Offensive it was a disaster, guy couldn't make a point blank layup to save his life and I really feel for him. I thought he was OK as a rebounder/rim protector which is really all they need him for, but considering he almost never plays I was rooting for him to at least have some positive moments. Despite the struggles he seems to be rolling with the punches

- I'm sure nobody will overreact to the Smart/Brad argument. Nope, no way. Even if it's very clear that it is a non issue

I love him and I trust him. What a fucking line.

- You know the rules, until this team loses again they get this section off. They earned it once they passed the 5 win in a row mark. Hopefully we avoid this section for the foreseeable future.

Now that we're all drunk off Kool Aid and are riding high, we're about to get a real test tomorrow. I feel like I haven't seen the Celtics win in SA in maybe 30 years. In fact if we want to be serious about it, it hasn't happened since 2011. They are 4-1 at home this season and it's a great test to see just how good this team really is. They are by far the toughest opponent the Celtics have faced since TOR, and the last good team they played on the road they lost to so this is their chance to really show us something. End this little trip 3-0 and have all the momentum in the world for a big matchup with DAL on Monday.

But in the meantime, I'm going to enjoy this streak because this team is not only back to being fun and worthy of your time, but they are also beating everyone in sight.