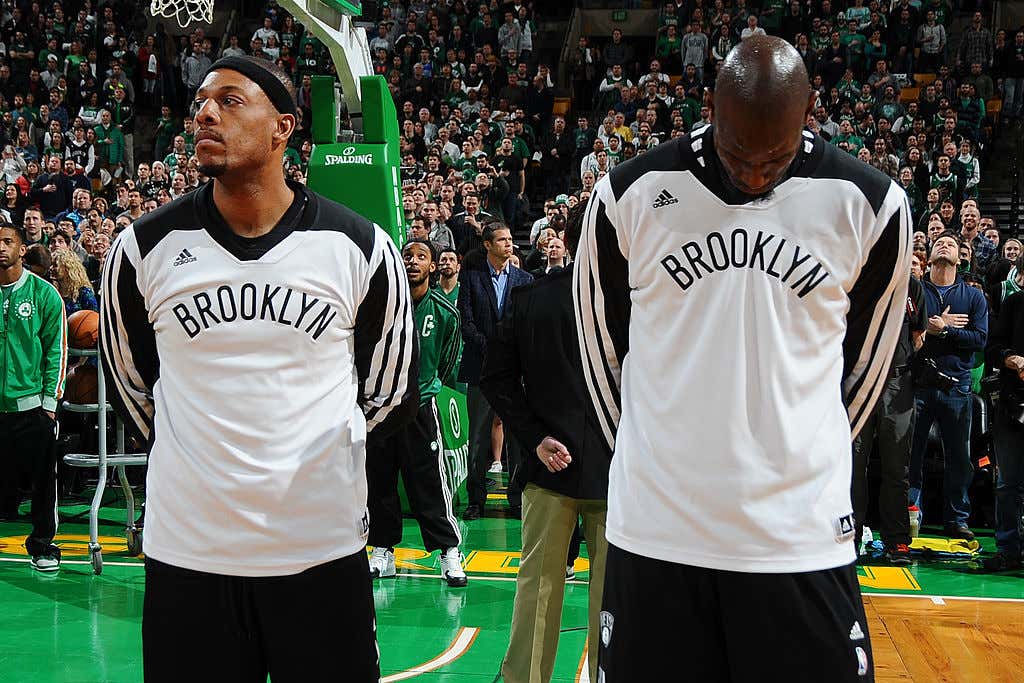 For the first time in his NBA career, Kemba Walker will walk onto the floor in Charlotte as a member of the visiting team. It's going to be an emotional time for him, the fans, hell we may even get a real life crying Jordan face. Today CSN is doing a series called "Kemba Walker Day" and it's pretty fantastic, especially this video

Watching and reading all the stuff today about Kemba's time and ties to Charlotte I couldn't help but think when myself and Celtics fans everywhere went through this same kind of emotional night. I know tribute videos are given out like candy nowadays, but when it's someone that is literally one of the best players of your entire franchise, someone that gave everything he had to your favorite team, it's just different. For Kemba, that's what he was for the Hornets, he was their everything

Over and over my brain has kept going back to January 26, 2014. That was the date for the first time in my life I ever saw Paul Pierce step on the Garden floor as a member of someone not name the Boston Celtics. It was weird as fuck, I thought growing up I would never experience something like that and I remember I was on a bus coming back from NYC and I made it home just in time for the tribute videos. To say I cried my eyes out might be an understatement. I was a puddle. My favorite Celtic of all time, one of the best players in franchise history, and my own personal Larry Bird it was one of the weirdest feelings I've ever experienced. KG's had a similar impact as well because without him there's no title and seeing as how the 2008 title is the only one I've ever been alive to see and the fact that he changed the entire franchise it was brutal.

I mean christ, 'm teary eyed as I type this after watching those again so be careful. We all know what happened next, the Celts turned those picks into Jaylen/Tatum, the Nets never really won anything with Pierce/KG and they eventually left and it took a few years for BKN to rebuild. Something tells me the Hornets are in for a similar path these next few years.

So to any Hornets fans that may be reading this blog, know it's OK to get emotional tonight. Maybe deep down you always felt that this day would come given the team's success and the fact that they are a small market, but it's still going to be weird as hell. As someone who is now benefitting from Kemba moving on I'm thankful he's no longer a Hornet, but I sympathize with Hornets fans because tonight is going to be hell for them.