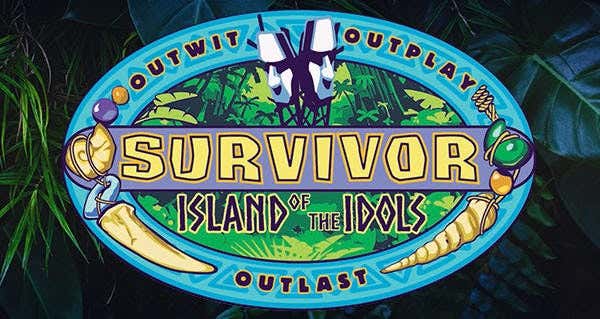 Wednesday night was our final pre-merge episode of the season, and it was another highly entertaining hour. I can confidently say that this is one of the better pre-merges in recent memory. People played hard out of the gate early, and it’s seemingly led to blindside after blindside. This was no exception. On to the recap…

We rejoin Vokai after the Jason elimination. Lauren, Tommy, and Dan are now outnumbered by Elaine, Aaron, Elizabeth, and Missy. Lauren is crying to Missy for some reason again. Overall, the four original Lairo were feeling good realizing they could basically have their pick of who to eliminate next. Lauren and Tommy are a tight duo and wanted to get a target on Dan’s back. They made up a lie about how he was targeting Aaron. However, what they were doing was painfully obvious. Missy realized this and saw the importance of breaking that duo up.

After a brutal storm, they struggled to get the fire back. Jamal and Janet were trying but failing. Kellee wanted to give it a shot since she’s been successful in the past, but Jamal was being stubborn and insisted on doing it himself. This annoyed Kellee and some others on the tribe. Even Jack was saying Kellee should get a shot. Jamal was then accusing Noura of taking too much rice. He can definitely rub people the wrong way sometimes and will be dropped in my rankings this week. This led to murmurings of a women’s alliance between Kellee, Noura, Karishma, and Janet.

Island Of The Idols

Janet was summoned for her first trip to the Island of the Idols. She was upset at first knowing that this could put a target on her back. Just like everyone else, she had a stunned, deer-in-headlights look when seeing Boston Rob and Sandra. This lesson was about “calculated risk.” If she chose to play, the reward was “safety without power.” She would get to leave a future tribal council before the vote, up until Final 7. She couldn’t be voted for but also couldn’t vote. If she lost, she would lose her vote at the next tribal council. She thought it out and decided not to play, the first person to do so. She didn’t think the possible “reward” was worth it. Leaving tribal could put a target on her back and leave her alliance in the dust. It was a smart decision by Janet, with the risk basically outweighing the reward.

She left both Boston Rob and Sandra very impressed. Sandra was saying how she thinks the winner of the season will be female, and thinks Janet has the makings of a winner. It was definitely a “winner moment” for Janet. But was it almost too over-the-top and obvious? She will move up my rankings for sure. I’ve had her lower just because of how hard it is to win this game as an older female. But she’s shown a good understanding of the game and can’t be overlooked anymore.

When she got back to camp, she flashed the tribe to show she had no idol and made up some lie basically matching Noura and Kellee’s. It will be interesting if anyone finally does decide to just spill the beans about what’s really there.

When the immunity challenge started at 8:22, I knew something was up as that’s super early. It was one of the closest finishes to a challenge we’ve had, with Vokai finishing the huge puzzle just seconds ahead of Lairo.

Back at Vokai, things seem like they should be an easy vote. Everyone seems to want Dean out. The five original Vokai plus Karishma who has now joined them. Jamal was acting very cocky, saying that this is the safest he’s felt before a vote. That’s when you knew something would go wrong for him. Him and Jack told Dean the vote was for Noura, and Dean bought it.

But Kellee was up to her own plans. She still had her immunity idol from the Island Of The Idols, and this was the last tribal that it would be valid. There was no reason to use it on herself, but she didn’t want it to go to waste. Her and Dean had formed a strong bond over a mutual connection in Dean’s ex-girlfriend. Kellee knew that if she saved Dean with an idol, this bond would only be stronger. She would have to give it to him before tribal so it looks like he found it and played it himself. This would allow her to target a big threat in Jamal or Jack, while strengthening an alliance with Dean. She also wanted to cover her bases by having Noura vote for Jamal/Jack just in case Dean didn’t listen. Kellee decided to go through with it and give Dean the idol.

There’s some tension between Jamal and Noura to start off. They have always butted heads, and things kind of festered at tribal council. Jamal mentions how there’s been some fear of an all-girls alliance. Kellee took deep offense to this and suggested it was sexist how there’s always this Survivor fear of an “all-girls alliance.” She thinks it’s ridiculous to assume women will just get together for the sake of all being women. This then turned into a whole conversation on gender in America. Janet ended up giving a solid speech about it. Jamal boasted about how “proud” he was of this, which really made me cringe. I get why the editors had to show this since it was a big part of tribal, but the whole thing felt a little too overdone to me. I don’t need Survivor making big statements about society every week. Also the craziest part of this whole thing is that THERE WERE ACTUALLY DISCUSSIONS OF AN ALL-GIRLS ALLIANCE. We saw it earlier in the episode, and Noura admitted to it at tribal. And all-girls alliances have been a thing in the past – One World and especially the Black Widow alliance in Micronesia. So to turn a reasonable worry by Jamal into a whole discussion on sexism in America seemed like a reach to me.

Onto the vote, Dean played the idol Kellee gave him, surprising everyone. Noura astutely said “Why wouldn’t he play it last tribal?” Although the cover story can be that he just found it recently. With Dean playing his idol, Jamal felt the need to play his idol. I thought he might just protect himself, but he chose to use it on Noura thinking that Dean was voting for her based on the fake plan. I also think he did it as a move to basically show that he wasn’t sexist and wanted a Kumbaya moment. It would’ve been incredibly ironic if he ended up being the one to go because of this, but the target was Jack instead. He went home with the votes of Dean and Noura and is the first member of the jury.

Now I’m very confused as to why Noura voted for Jack. I guess it’s because Kellee convinced her to vote for Jack just in case, but I think this just makes things more suspicious. Now everyone will realize Dean was working with someone else. I think Kellee’s best move was just giving Dean the idol and making him look like a lone wolf who acted on his own with a 6-1 vote. Overall, I’m torn on if I like the move for Kellee. It feels a little bit like making a big move just for the sake of making a big move. But I do get it. She now has an ally for the rest of the game with Dean. But if it gets out, this paints a target on her back as a big threat too early. We already see her as possible target in the preview for next week. I still think she’s a smart player and my favorite to win, but I wouldn’t be shocked at all if this backfires.

We’re at merge next week and all hell will really break loose. I still think the game is pretty wide open.