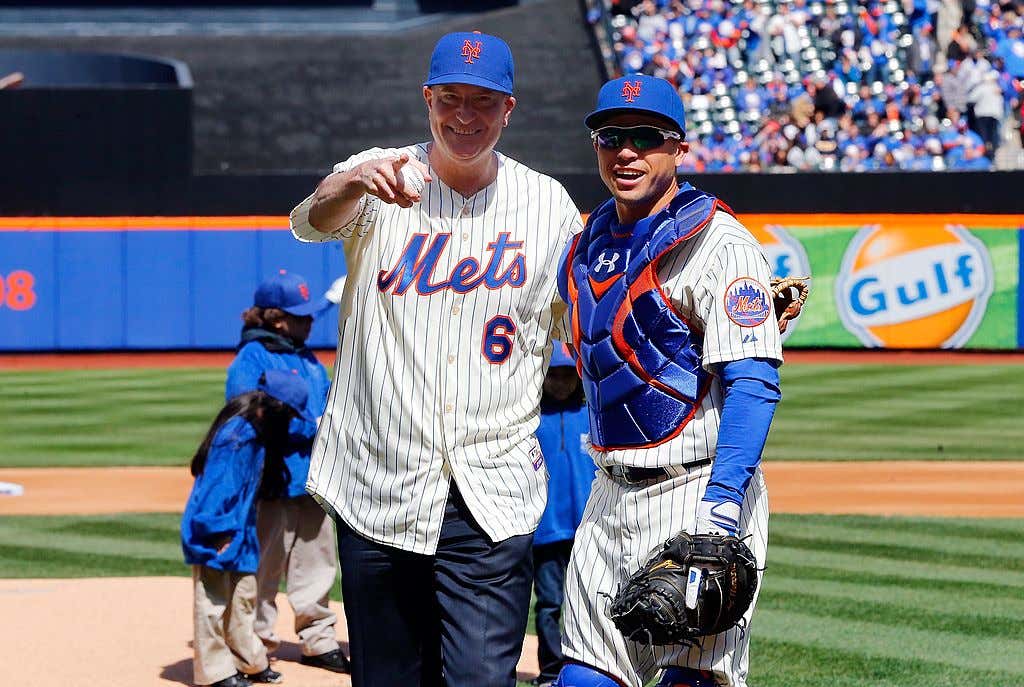 What’s the opposite of the Avengers? That’s what happens when Bill Deblasio and Jeff & Fred Wilpon team up. It’s like Captain Planet...they all put their hands in and when their powers combine...the result is a horrific idea that not only potential threatens the safety of people spending money on tickets, but also, regardless of outcome is a complete PR nightmare!

So to summarize De Blasio and the Mets are gonna offer 900 criminals tickets to Citi Field for Mets games and other events hosted at the stadium in hopes to get them to show up for their court dates. Ranging from petty crimes like marijuana offenses up to non-violent felonies. That includes burglaries, criminally negligent homicide, aggravated assault on a child under 11 and selling drugs on or near school grounds according to the Post. Which is pretty fuckin nutty if you ask me. I know prison reform is a pretty important piece of society right now, but lumping all those offenses together, letting everybody out with no bail, and then giving them tickets to baseball games seems like a not great idea.

OHHHHHHH the butcher and the baker and the burglar in the street! Where do THEY GO!?! TO MEET THE METS!!

Now truth be told I don’t think this is going to result in any sort of incidents at Citi Field. For 2 reasons. First and foremost, if I’m a criminal I’m saying “thanks but no thanks.” 2 tickets to Mets Pirates in May? Yea I’m all set. I’m gonna get a colonoscopy that day. I mean remember when Pac “out on bail, fresh outta jail, California dreamin!”? That’s the polar opposite of this. Instead of hoochies screaming you’re probably gonna be watching a bullpen implode. So, no, I don’t think I’ll be spending my precious freedom in Flushing.

Secondly, if we’re being real, I just doubt there will be incidents where petty criminals decide to rob, steal and commit more crime at the Mets game. Of course the fear is that these things COULD happen, and oh my goodness if someone ever gets hurt or anything at the hands of someone involved in this program...

Oh my god I’ve got it. Holy fuck it just struck me as I was writing that sentence. I literally and scrapping the rest of my blog to play this out. I was going to write about how any actual crime is unlikely but the bigger point here is that it’s a PR disaster and that the Mets can never get out of their own way, but this idea just struck me. Like Doc Brown and the Flux Capacitor.

This is how we take down the Wilpons. We are gonna need 2 volunteers. 1) Mets fan criminal involved in this program 2) a terminally ill Mets fan who is willing to die for the cause. That’s right, bitches, we are gonna Life Of David Gale this bitch. We have a criminal out on this release program murder a Mets fan right in the middle of the Shake Shack line. The Wilpons would ABSOLUTELY have to sell the team if they willingly and knowingly let criminals in the building, for free, and then one of their innocent, paying customers gets murdered in cold blood. The terminally ill Mets fan is easy to work out. That person gets to die a hero. The petty criminal who is gonna go to jail for life we’ll need to figure out. Maybe we have a kickstarter raise a ton of money for his family. Like good old fashioned organized crime...you take the fall and go to jail but your family is set for life. We’ll have to raise a few mill. Maybe get Beltran to donate some of his money. Lord knows he’ll want to manage under some real owners. GUYS THIS IS IT. We just need to stage a murder, find a victim willing to die to oust the Wilpons, raise enough money to compensate a criminal for life in prison, and carry it all out on “Felony Day” At Citi Field. This is it! Planning begins...NOW. Operation Freedom begins today.

Watch KFC Radio every Tuesday and Thursday only on Barstool Gold. In addition to the video podcasts, you can watch the Barstool Documentary, all-new bonus episodes of KFC Radio Cutting Room Floor & KFC Radio Classic, as well as Skype Rundowns, live video AMAs, and other video content from some of your favorite personalities. As a Barstool Gold Hardcore member, you’ll also receive free shipping in our store, fewer ads, exclusive merch and the chance to take a tour of Barstool HQ. Join the most hardcore Stoolies and subscribe now: barstoolgold.com/kfc