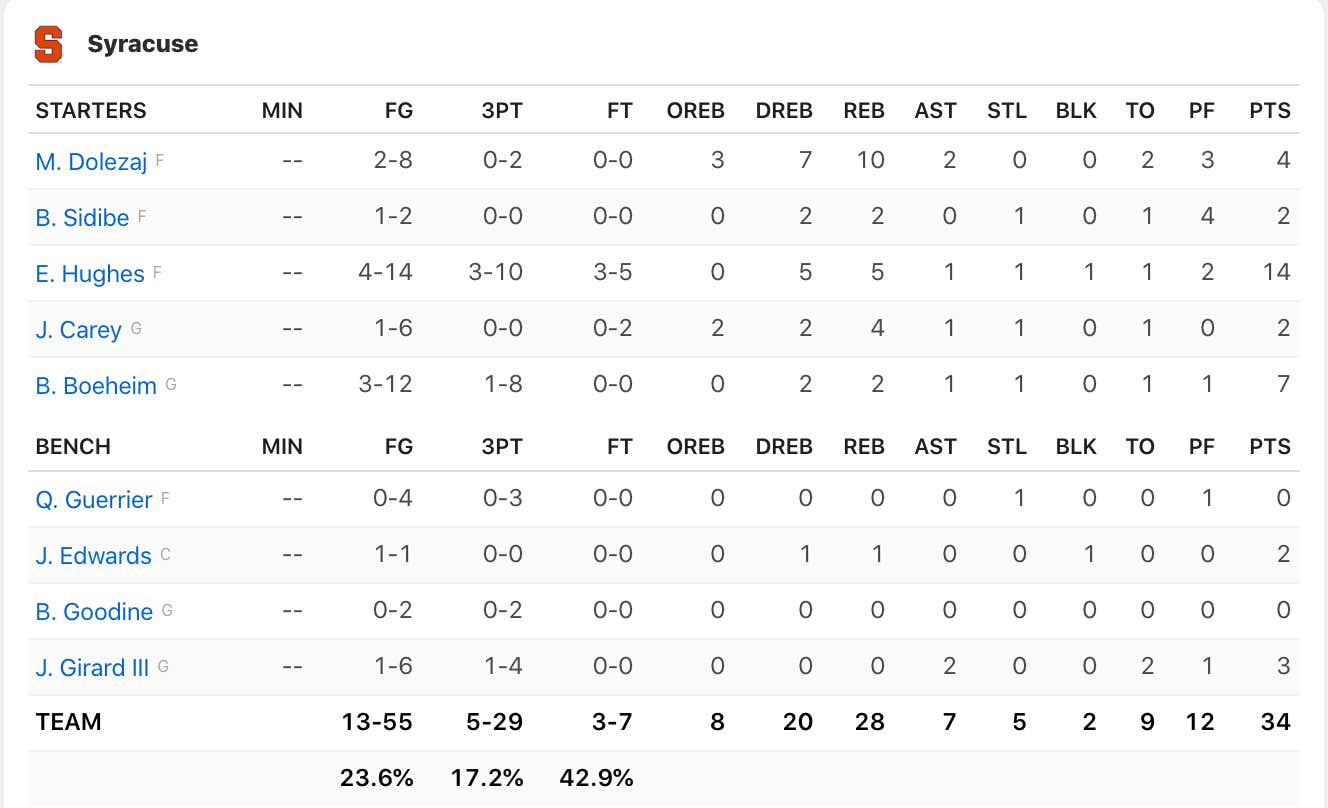 34 points. That's almost impossible for a team like Syracuse to score. I don't care that they were playing Virginia. I don't care that it's the first game of the season. That's no excuse for a team with individual talent and you know, the name SYRACUSE to score 34 points. I don't even care that Jim Boeheim hasn't pretended to run an offense since Carmelo was there, this is laughably bad. The lowest amount of points in Carrier Dome history! Think about all the shit teams Virginia has played, Syracuse is now listed with Grambling State for scoring 34 against them. Woof.

It's just going to be another frustrating year for Syracuse fans and those that have to watch this game. They are going to be brutal to watch offensively, especially without Tyus Battle there to bail them out. Boeheim isn't going to magically install some complex offense or use ball screens or motion. Nope, going to be ISO and bail out.

These stats keep getting more hilarious.