When our sweet baby boy Jeopardy James was taken down back in June, all of us in the Big Brain Brigade didn't say goodbye but instead said see you later since we knew he would return to cause chaos once again on the Tournament of Champions. And as you can tell by the title of this blog, James made his return to the podium tonight. 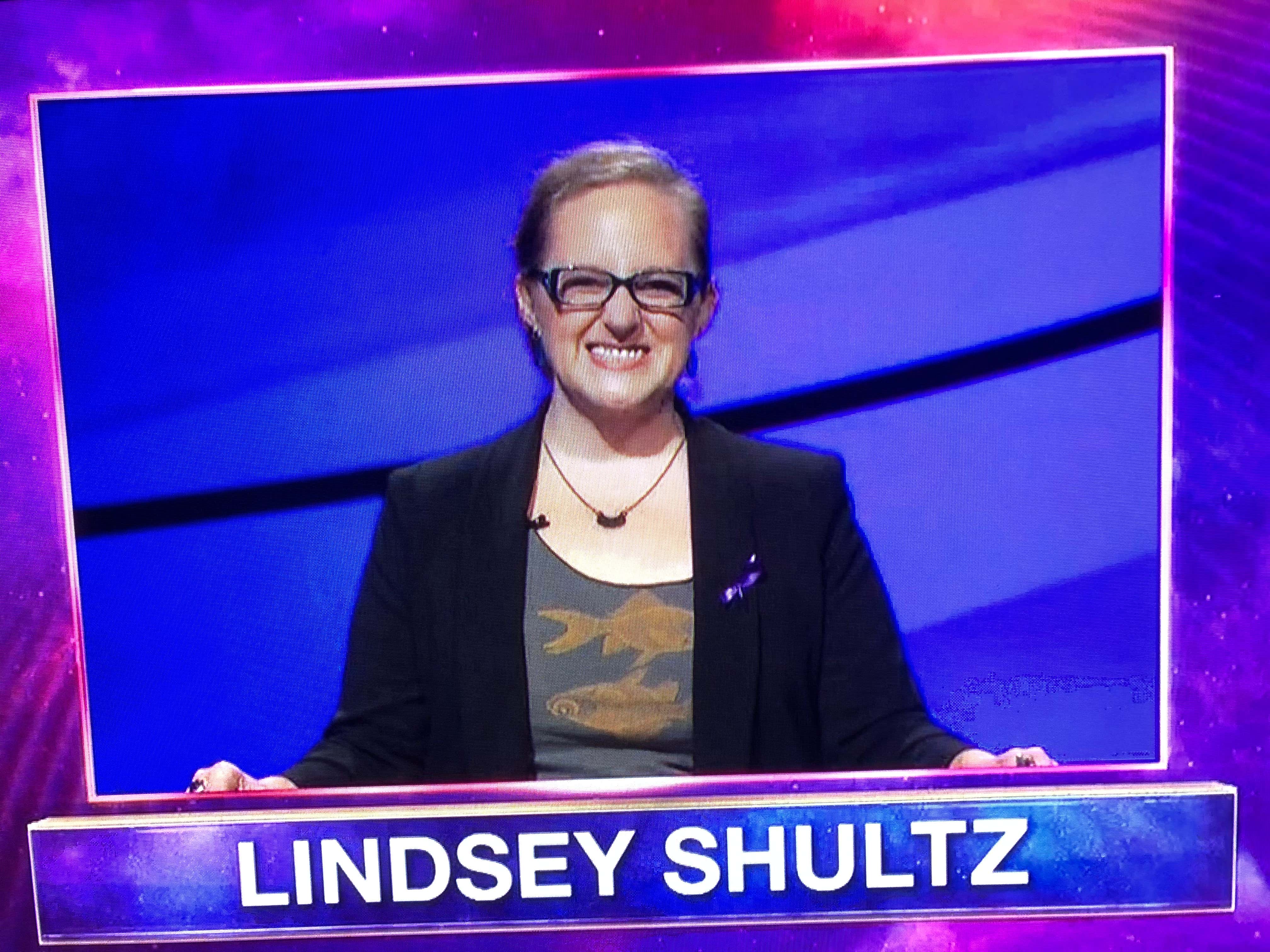 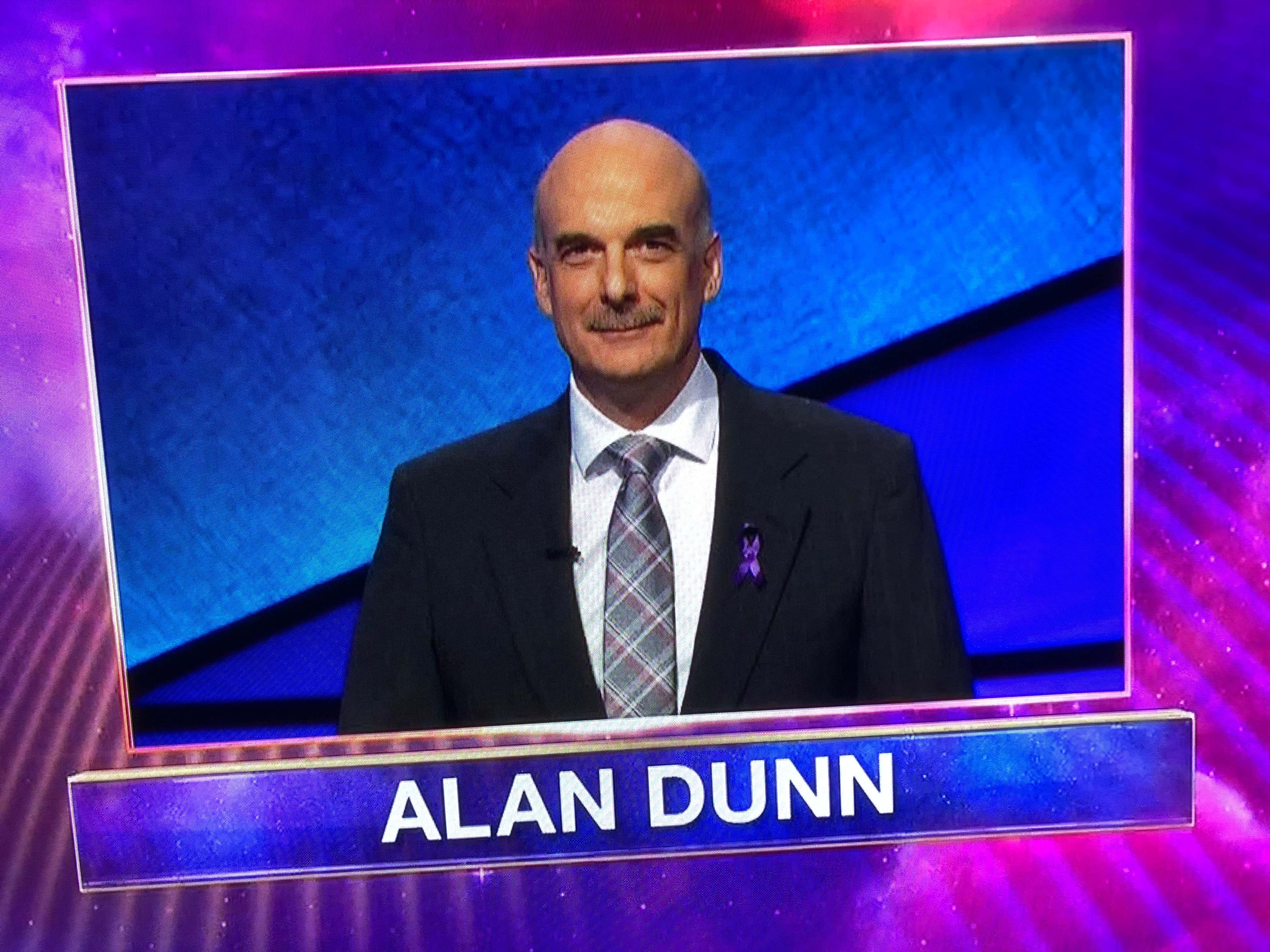 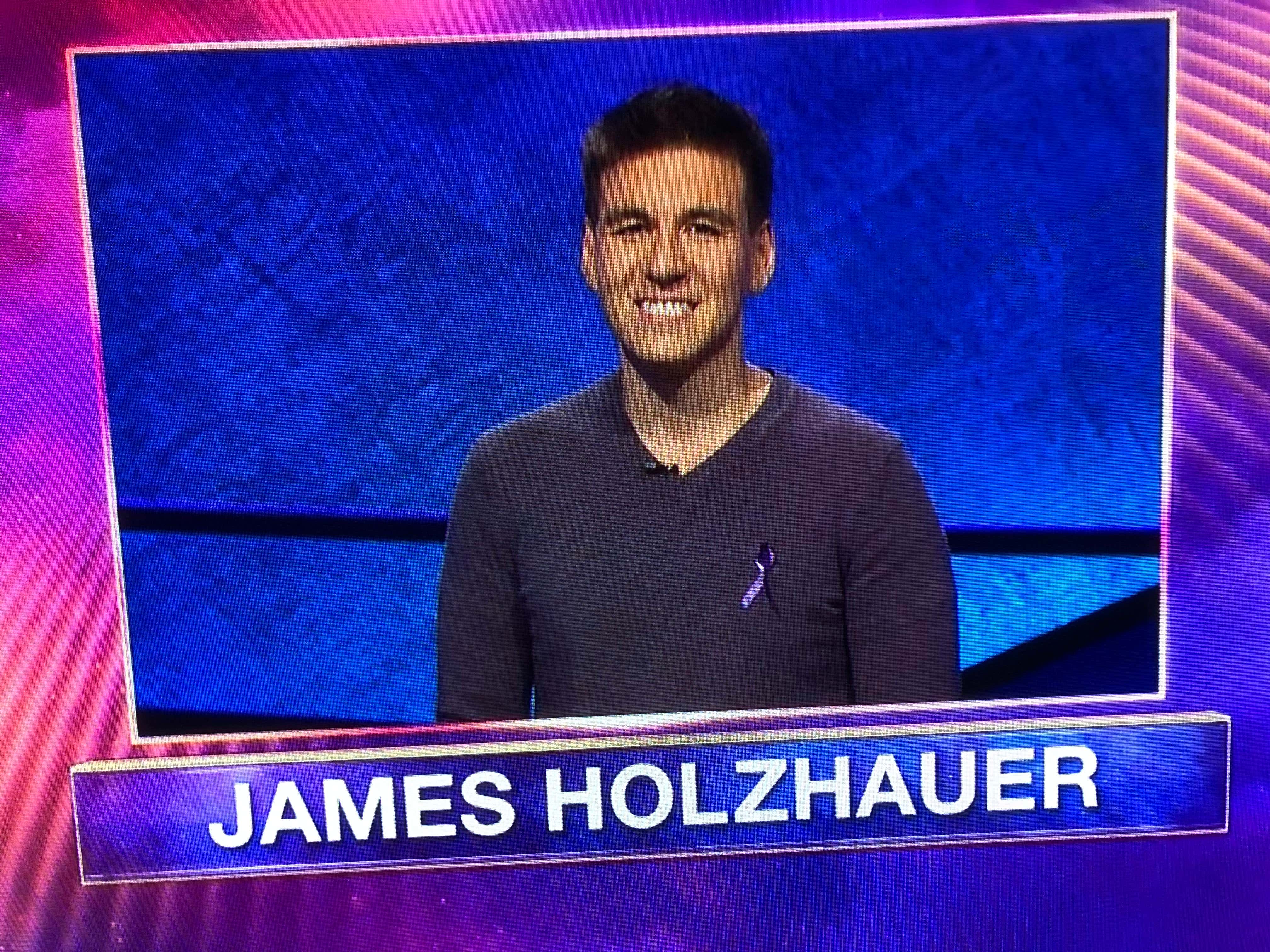 I don't know what's worse: Being a contestant during James' first run that had no idea they were working into a trivia murder or being a champion that knows he is a knowledge robot sent to kill you before turning down thousands of dollars to shout out someone in his family with a number combination in Final Jeopardy. This is how they could have introduced James tonight. 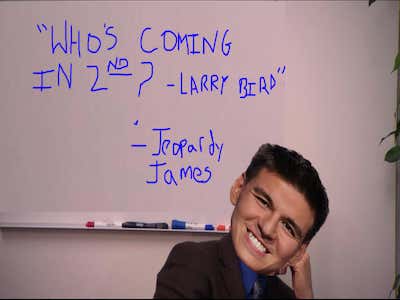 I can wax poetic about James like I did during his historic run over the spring. But my favorite part of James' return was seeing Trebek mix it up with his old pal, whether it was Alex asking James which $1000 nuke he wanted to drop on his opponents' heads first in his Under Smoke blitz strategy of playing

Or in intros when James' anecdote was casually about how he dominated Jeopardy so much, he got the key to the Las Vegas strip. 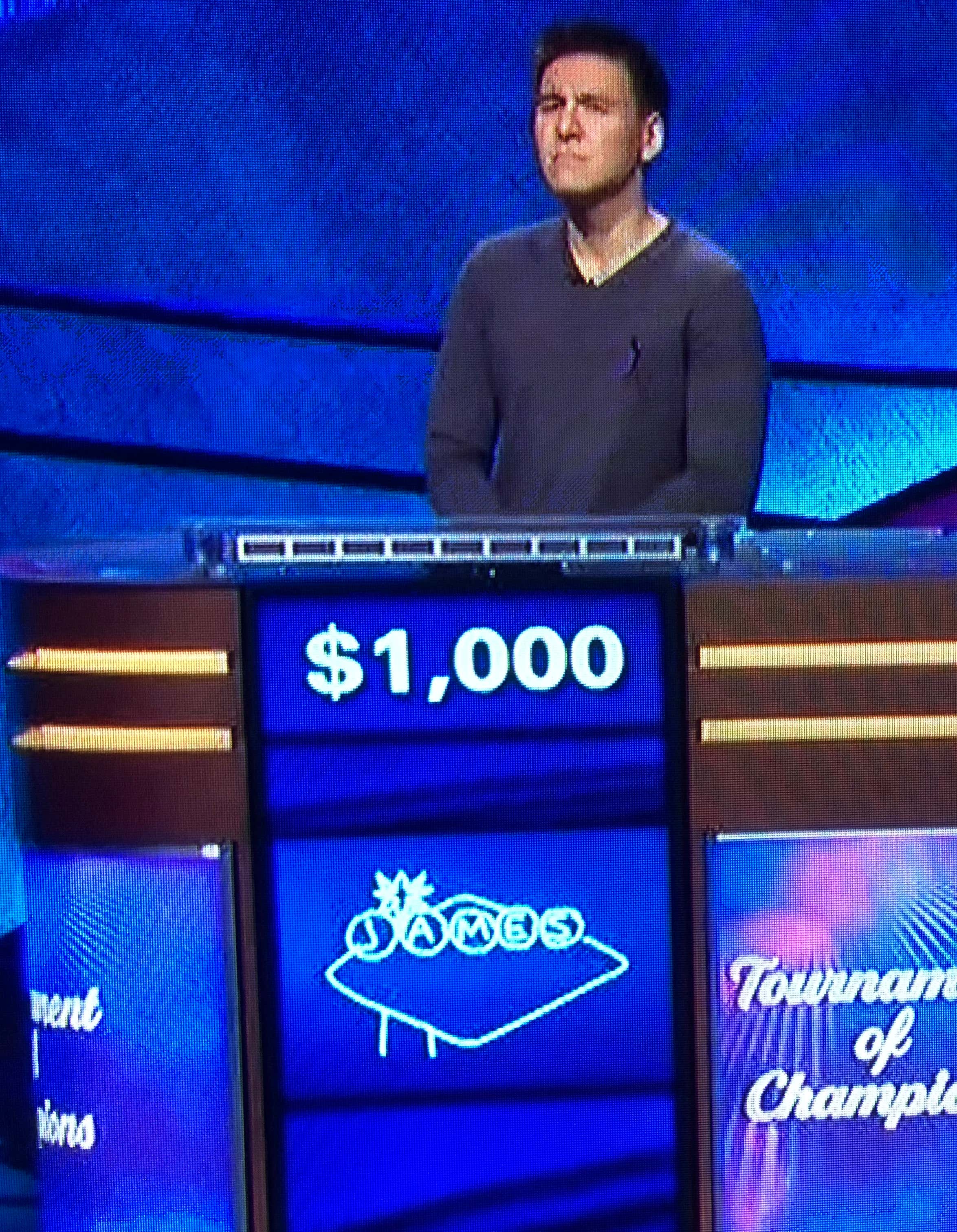 When it came to the game, things were pretty close for a while, but only because James didn't get the first two Daily Double questions. He's not just smarter and quicker to the buzzer than everyone else, but he's also gutsier when it comes to putting his nuts on the table and betting all his chips. Except tonight he zagged when everyone thought he was going to zig, and he had Alex melting in his hand for doing it.

Even though BBJ didn't double his money, he still nailed the question before going on another one of his patented runs to close things up before Final Jeopardy going from this before the Daily Double 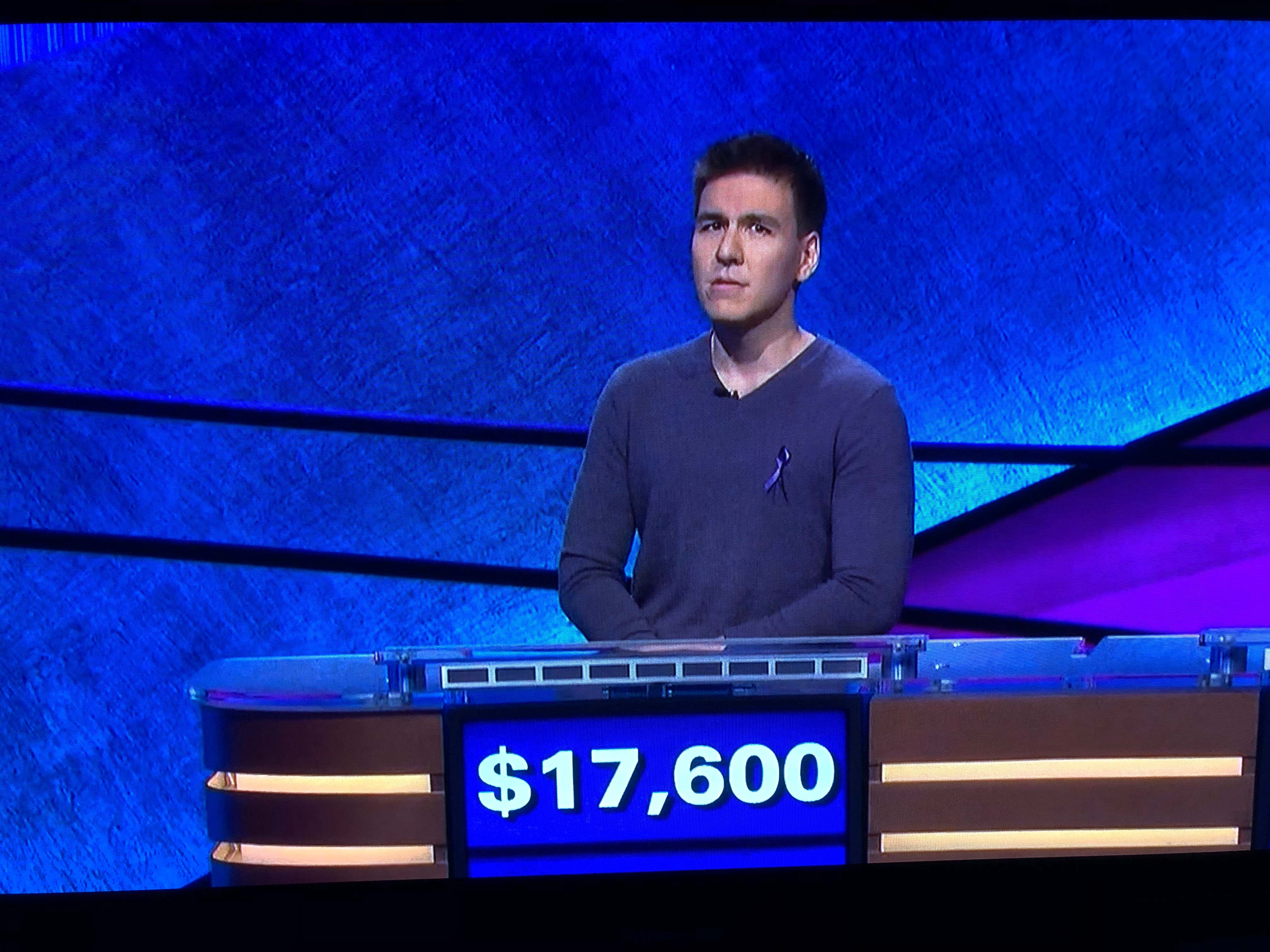 To this at the end of Double Jeopardy: 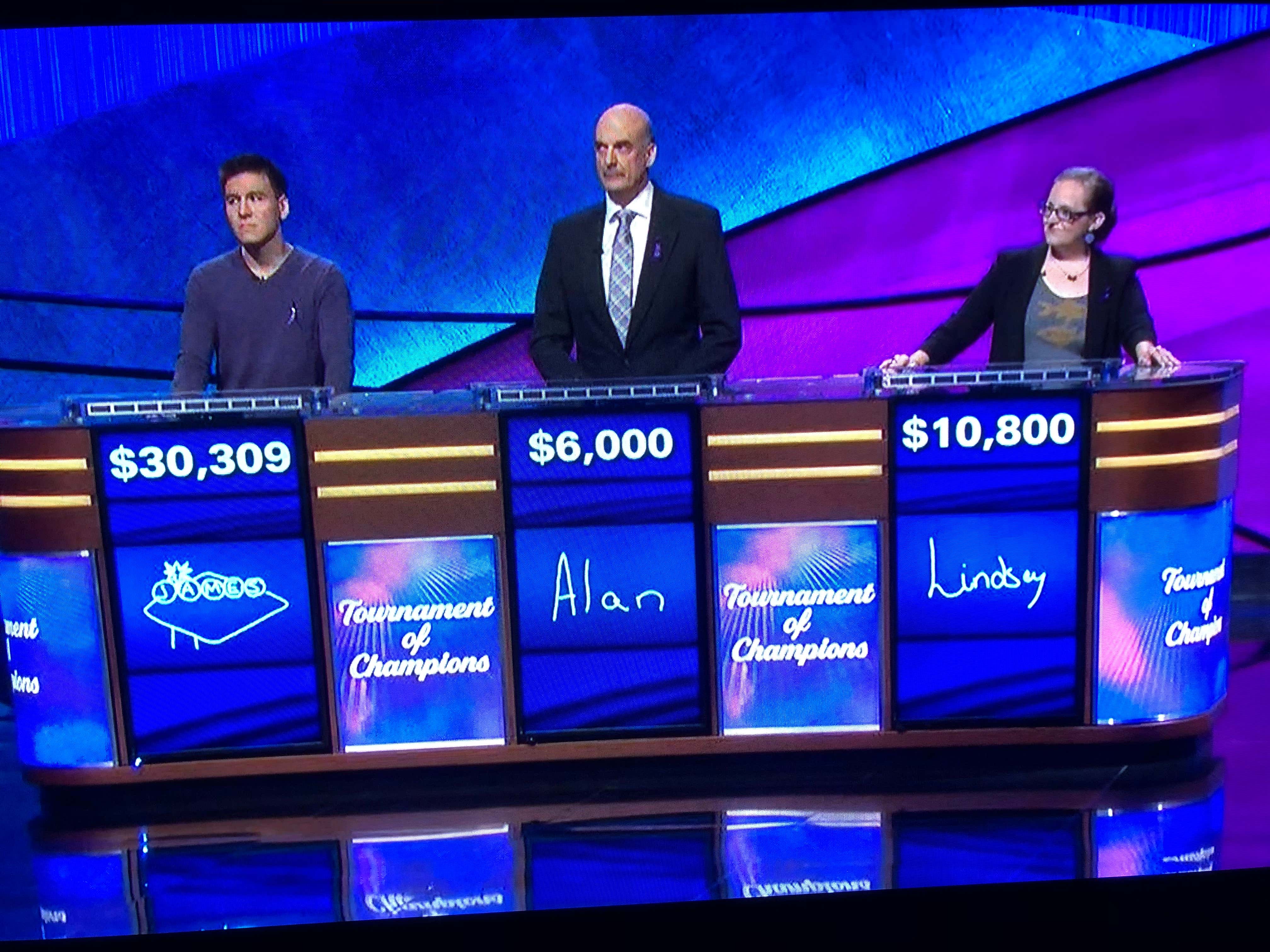 All that was left at that point was Lindsey trying to salvage a spot in the Tournament of Champions and the crying, which Alan probably did once the cameras went off following Trebek's casual ether of him.

Before James did what he does best, which is win, shout out a family member, and entertain Trebek while breaking the fourth wall of the show. 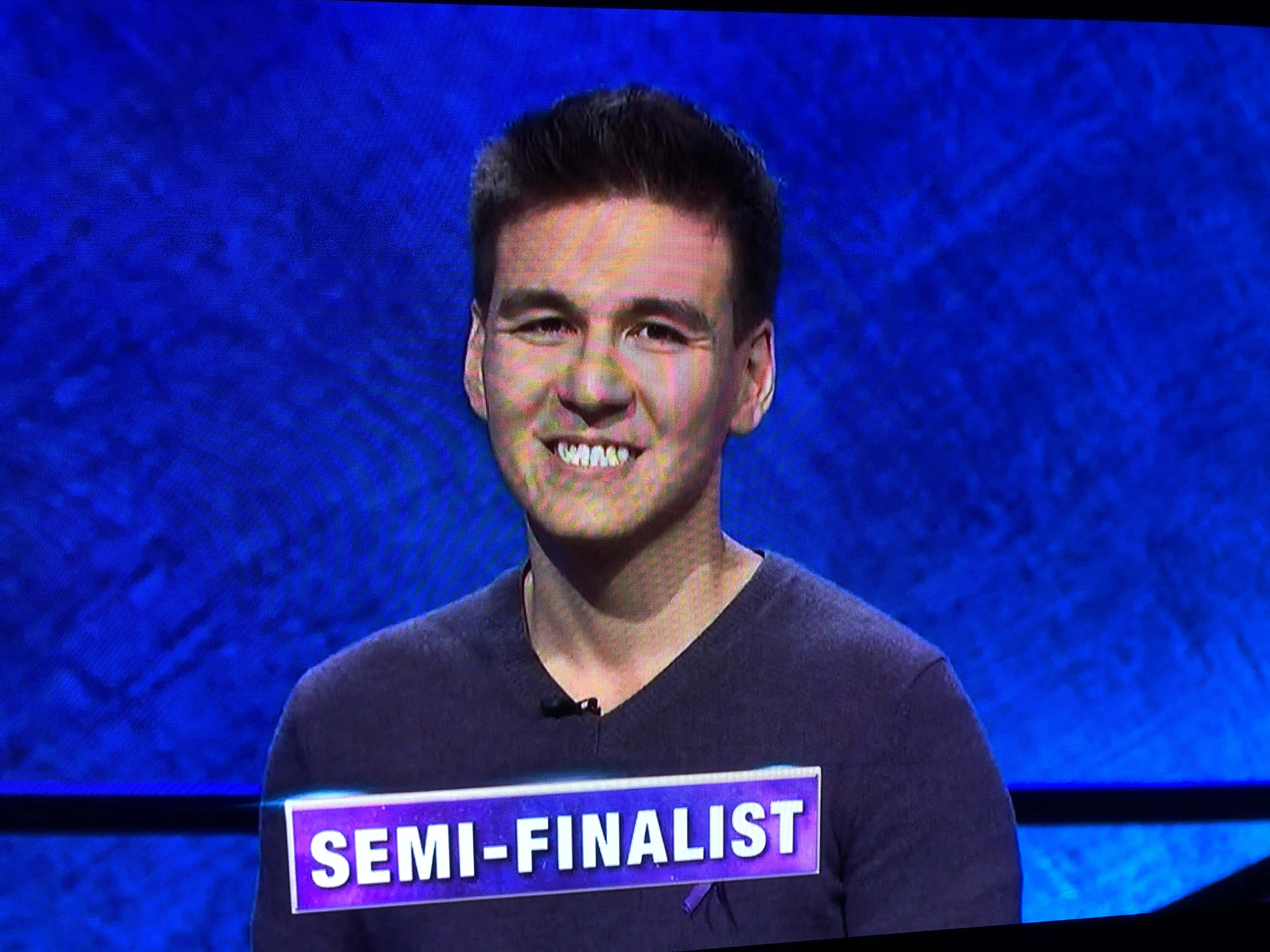 Blogger's Note: Here is my penance for republishing this blog in the morning for people at work who missed it last night: