Look, I know Sam.  He’s a friend of mine.  Texted him asking him who his source on this and he said “your mother”.

That said… it makes total sense, though if the Sox do end up landing him and he logs significant time in RF then they’ll have two of the worst defensive outfielders in the game in their corner spots between him and Eloy.  In the last two seasons, he’s guilty of being -28 defensive runs saved between the Cubs and Tigers.  That is dead last by FAR for qualified players: 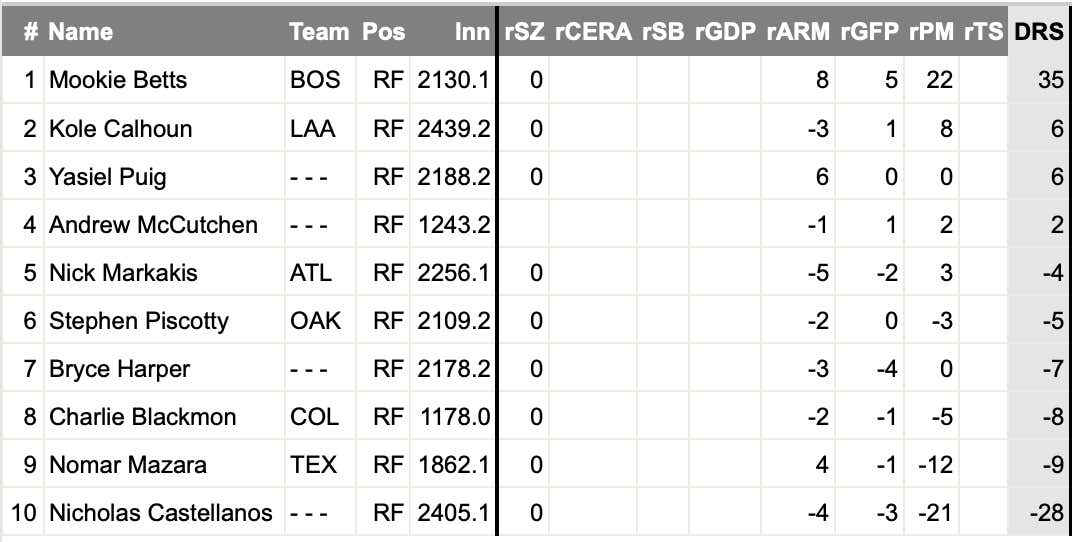 Not good.  But he’d be a PERFECT DH for this team.  Dude rakes and had his offensive numbers suppressed big time by playing in Detroit big time to start his career.  Just look what he did once traded to the Cubs.  Sure that output isn’t quite sustainable, but he’ll only be in his age 28 season.  He’s still got a LOT of good offensive years ahead of him, at least offensively.

Still would trade for a RF a la Joc Pederson and insert Castellanos at DH should they lock him up, and as I’ve said a million times, they’re better suited to pay a guy like this than just about any org in baseball right now.