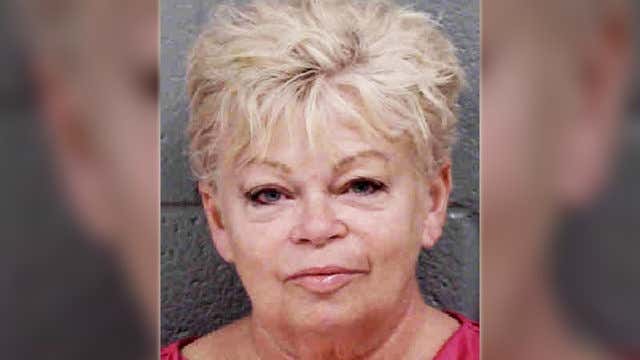 North Carolina – A 63-year-old veteran high school teacher in North Carolina is charged with having sex with a 17-year-old student, authorities said.

Emma Neil Ogle, of Huntersville, was arrested late Thursday after the victim 46 years her junior reported that the pair began a relationship in the spring that took an intimate turn over the summer, WSOC reports.

Ogle was taken into custody hours after the student told school staffers at Garinger High School in Charlotte about the allegations.

“I recognized her,” one senior at the school, Edward Ramon, told the station. “It’s just disgusting. It’s shocking and disgusting.”

The allegations will likely tarnish the school’s reputation, Ramon said.

“It just makes the school look bad,” he continued. “I think she should go to prison for that.”

Attempts to reach Ogle — a career and technical health occupations teacher at the school since 2014 and a district employee since 2005 — were unsuccessful early Tuesday.

You know, I think this is a good opportunity to talk about one of the real under-discussed problems that is pervasive in our culture. And that is the scourge of Ageism.

Oh, really Garinger High School students? It’s “shocking and disgusting”? Emma Neil Ogle is tarnishing the school’s reputation and “should go to prison for that”? Do people really expect us to believe they’d be saying these things if Ms. Ogle was some 24-year-old right out of college, with the ink still wet on her teaching certificate? Sorry, but I’m not buying it. This is just discrimination. Plain and simple.

So let’s hear it for Emma. A pioneer, who’s breaking down barriers. This saucy GILF refuses to let society tell her what she is and isn’t too old to do. The world expects her to be putting on her jogging suit and orthopedic Dr. Scholl’s and hitting the Charlotte Waffle House at 5 PM for the Early Bird Special, tipping the server with change, then driving 20 MPH under the speed limit on the way home to fall asleep in front of “The Golden Girls.” But not her. Napping in a chair to the sound of Reverse Mortgage commercials will have to wait. She’s still got that fire down below that nothing can extinguish but some high schooler sex. Because she knows what those disrespectful whippersnappers don’t: That 63 is the new 23.

The Grades:
Looks: As Al Czervik says at the Bushwood dinner dance, “You must’ve been something before electricity.” Or as I’ll say now, a troll doll.
Grade: D-

Moral Compass/Bad Judgment: How do …? What the …? Exactly why …? I’m sorry. I write for a living but words fail me. I was 17 once too. And I just can’t picture a scenario – or a 63-year-old – in which I possibly could. Even at that stage of the game for me, there simply weren’t enough urges, hormones or booze in the world to get me to. All I can assume is she is quite a woman in person. With a lot of petroleum jelly products. Or a LOT of money. I’ll try to stop thinking of the bathtub scene from “The Shining” and, just for the effort, give her a
Grade: A

Intangibles: Ogle? No thanks. I think you’re one letter off, there.
Grade: A