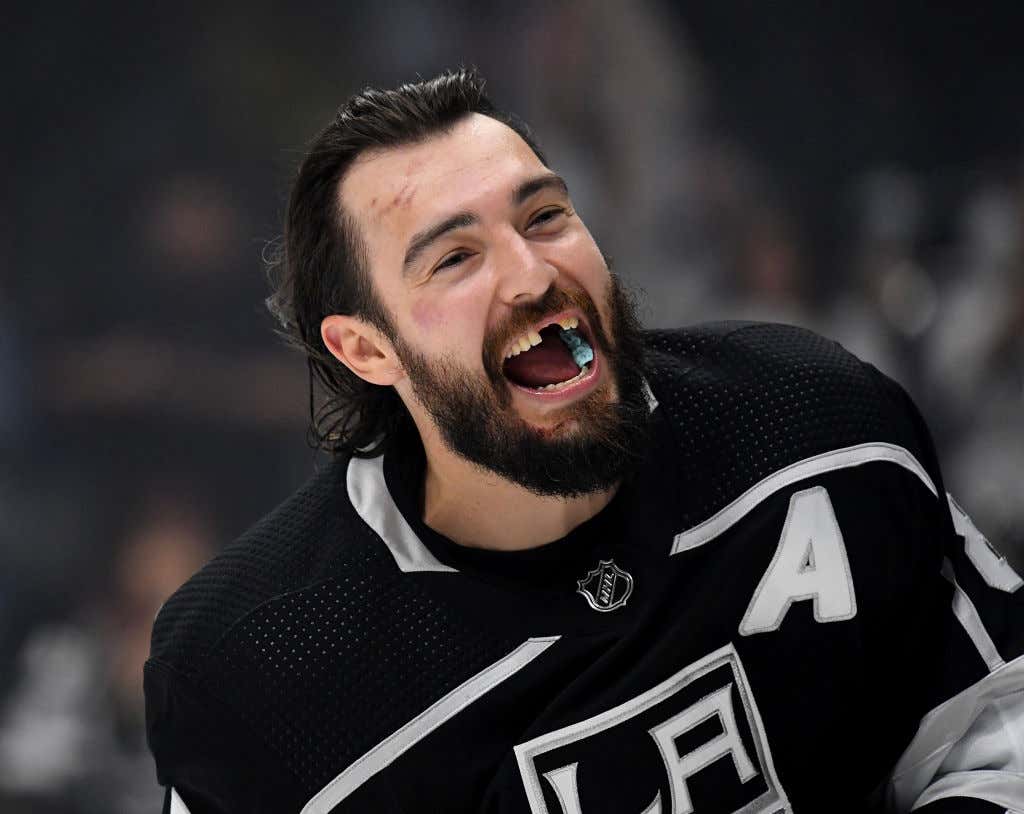 Drew Doughty has always been a guy who hasn't been afraid to let his personality out there on the ice as well as off the ice. The man plays the game like an absolute animal and he also talks like an absolute animal as well. What's great about him now is that he's at a point in his career where he can say whatever he wants whenever he wants. He's won a World Juniors gold medal, 2 Olympic gold medals, a World Cup gold medal, a Norris Trophy, 2 Stanley Cups, and is currently making a decent $11M AAV for the next 8 years. There's pretty much nothing as a defenseman that this man hasn't won in his career and he already has a massive contract in place for pretty much the rest of his career. So there's nothing holding him back from being able to do or say whatever the fuck he wants.

Besides the media, and more specifically the Canadian media.

On the list of things that hockey media members love to bitch about, I'd say that the typical canned hockey responses are right up there at the top next to when the Diet Pepsi runs out in the press box. The "gotta get pucks deep" and "we just have to play our brand of hockey and win the next 5 minutes" and "they're a good team over there" canned responses are pretty much all that guys in the NHL would ever give to reporters. Nowadays players are starting to open up a little more and put their personalities out there when talking to the media, which you'd think that these reporters would appreciate since they can finally get an actual story out of some of these guys that you wouldn't be able to get from just watching the game. But if a guy like Drew Doughty gives you an answer that isn't your typical canned response that you're used to getting, you can't immediately turn around and throw him under the bus in your next article. But after a couple of comments about the Canucks and Maple Leafs got taken out of context, Drew Doughty is thinking that maybe it's time to shutdown the Quote Factory.

I'd say the main issue here is that nobody ever adds the question that was asked before they run with the responding quote. I get that spicy quotes are going to push pageviews but if you just run with a story about Drew Doughty saying that the Maple Leafs need to play a different style of hockey to have success in the playoffs without bringing up the fact that the reporter had just asked him about Alex Ovechkin's quote about how teams need to play differently in the playoffs, you're sewering the guy. He gave you an honest response and now you're dishonestly twisting a few words because you know that Toronto is an absolutely insane city that will eat that shit up. So you get your one story out of that quote but then what? Drew Doughty stops talking forever and you never get anything out of him again? Seems like a pretty shitty trade if you ask me.

And sure, part of this is also that maybe Drew Doughty could choose his words a little more carefully but it's not like he's a trained politicians or anything. He's a hockey player who is getting asked a question point blank and instead of just saying "yeah ya know we just have to win those battles along the boards", he gives an actual answer. So maybe let the guy speak and don't just wait for that gotcha moment because the game needs a lot more Drew Doughty.