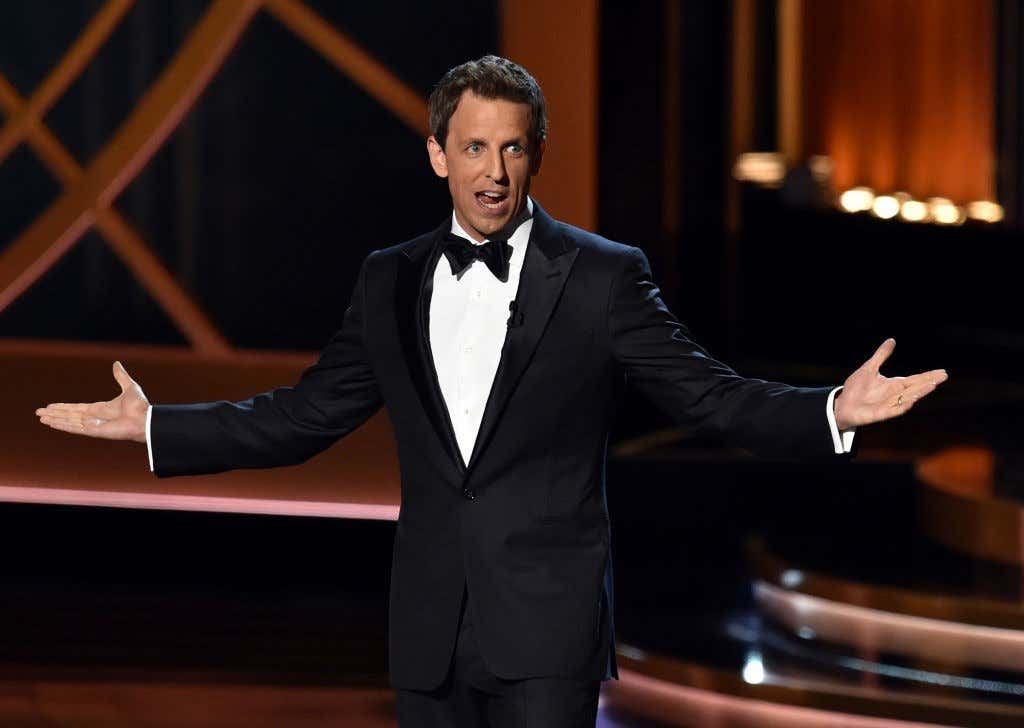 AV Club - Lobby Baby, a new Netflix stand-up special from Saturday Night Live alum and current Late Night host Seth Meyers, will let viewers skip through a whole segment that discusses Donald Trump. Perhaps because Meyers has to talk about the news every weeknight, he’s more sensitive than most to the idea that modern politics are a frustrating nightmare that even the most engaged kind of people would prefer not to dwell on in the middle of a stand-up set.

As Mashable’s Proma Khosla describes, the stand-up special at one point sees Meyers say he’s about to start discussing Trump, mentioning that anyone watching the recording can just skip the section. “Then an actual ‘SKIP POLITICS’ button appears in the lower right of the screen, just like Netflix’s ‘SKIP INTRO’ option,” Khosla writes. “And sure enough, if you click on it, you can do just that.”

Guess I don’t hate that. I hate the idea of every single comedian needing to talk about Trump/politics in general though. Like, I get it, you hate the guy. And I get it, comedy has already looked at culture and society in a different way, meant to make people laugh. But with Trump it’s different now. It’s like “rah rah, we all hate this guy, rah rah”. I used to watch late night TV- Letterman, Conan, Kimmel, Daily Show, Colbert Report. Now I don’t watch any of it. I watch zero late night television. It’s the same stuff over and over and over and over again. “Set up, Trump punchline, repeat”. You can pick any subject and make it a late night Trump joke. Ready? “Did you guys hear about this one? Did you hear this one? Orange sales are down. It’s true. Florida is producing fewer oranges than ever before. If only we could get rid of the orange guy in the White House, amright?!”

So good for Seth Meyers for at least recognizing people might be kind of over the Trump jokes. And here’s what’s sick- nobody is going to press that button. Because then in the back of your mind it’s always like “shit, what did I just skip over?” It’s why you touch a plate when they tell you not to touch it. “Oh yeah? How hot could it possibly be?” Think I’m not touching every plate brought to my table? As if.

PS: One year til the election. Boy is this next year going to be a doozy. I tweeted a picture about Kurt Suzuki wearing his MAGA hat yesterday and I haven’t been able to read my Twitter since. The takes FLY. Boy oh boy do they fly. It’s going to be a long, longggggg year.