What a god damn season for Orioles pitcher, John Means. From a guy who sat down and created a Linkedin profile for himself because he wasn't sure this baseball thing was going to work out after all, to a guy who embarrassed the Yankees in his first relief appearance, to making the All Star Game, to being named an American League Rookie Of The Year candidate. Not bad for a guy who was literally the last guy to make the Orioles roster. He won't win, he won't come close to winning, but just being named a finalist for a guy who was in his position is unreal. He was never a top prospect in a weak farm system, and no one really knew much about him. He ended up traveling to Cleveland to represent the Orioles at the All Star Game with a 7-4 record, a 2.50 ERA, and WHIP of 1.077. And no, he wasn't selected because every team has to have one representative, he would have been there without the rule. Although Alex Cora sucks and didn't pitch Means in the game, it's unreal that this guy was convinced he wasn't going to make arguably the worst team in baseball and now he's warming up before the All Star game with the best pitchers in the game.

Credit to Means for learning an unreal changeup that befuddled American League hitters all season, that is literally the reason he got his chance in Baltimore, and now he has solidified himself atop the Orioles rotation, and as one of the best young pitchers in the game. He even got to sit down with the hit Barstool Sports podcast, Starting 9 and met with Jared "The Saugus Rocket" Carrabis. What a dream come true. 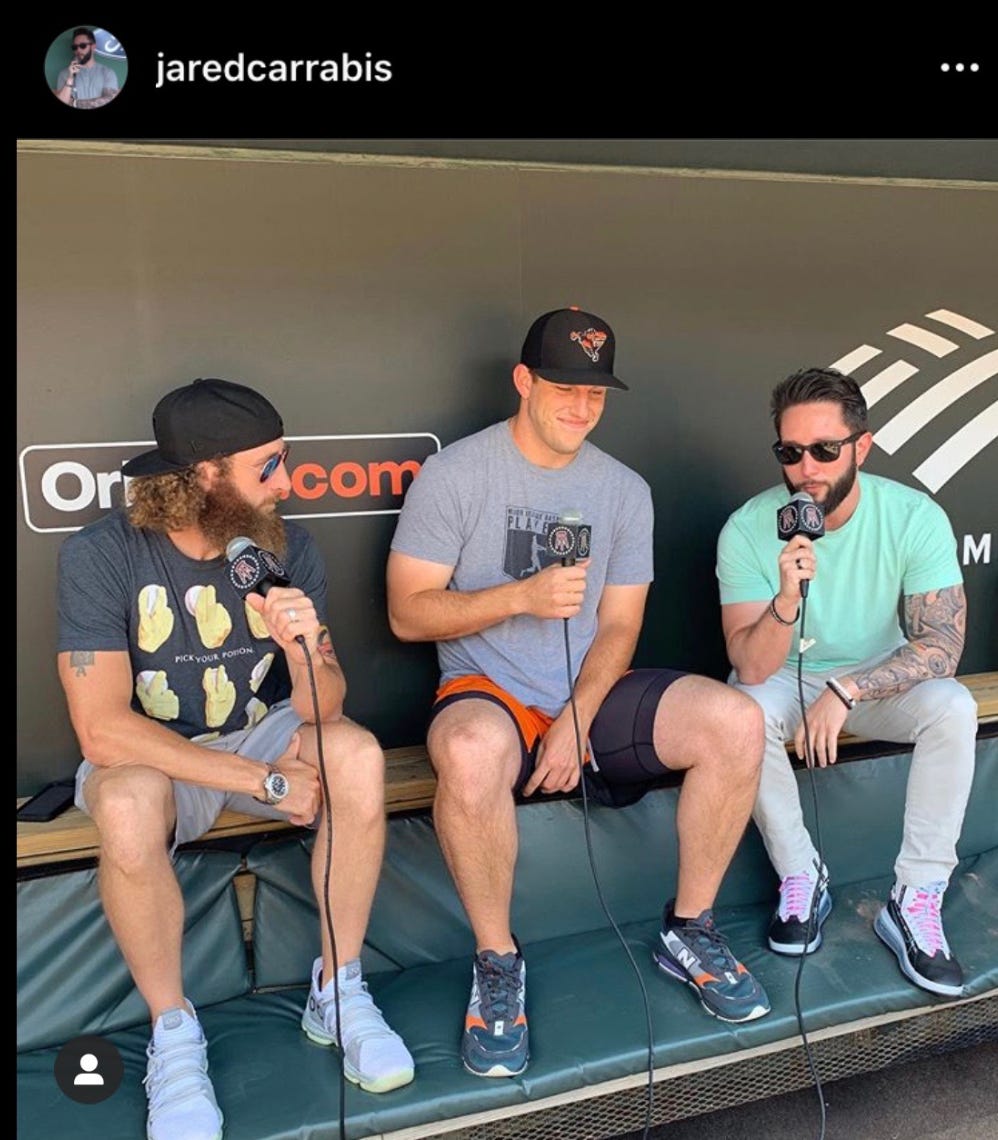 Now he finds himself as a finalist for the American League Rookie Of The Year along with Brandon Lowe from the Rays, and presumed winner, Yordan Álvarez of the Astros. Like I said before, he won't win, but it's wild that he put up some damn good numbers on a team that was setting records for how bad they were at pitching. Even though the Orioles got clobbered by American League teams game after game, he finished the season 12-11 with an ERA of 3.60, a 1.135 WHIP, 121 Ks in 155 innings, and only 38 walks. No doubt about it, he was the best story to come from the Orioles this season. Starting the year as a possible long reliever who has no guarantee to stick on a rebuilding team to a guy that you plan to build around, what a story. Congrats to John for being nominated.