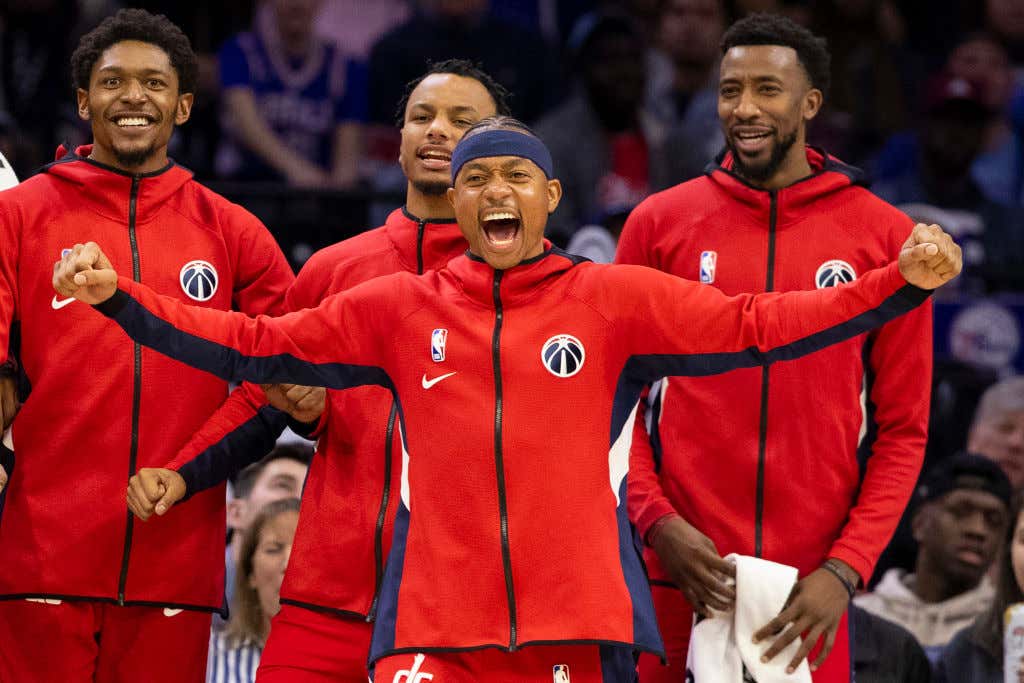 OK let's get the obvious out of the way. If John Wall was 100% healthy this doesn't happen. Shit, Isaiah probably isn't even on the Wizards. But he's not, Isaiah got his opportunity, and 5 games into the season he's officially taken over the starting point guard duties. A huge moment for him, and frankly a huge moment for all of us on Team Isaiah. If you thought just because Isaiah no longer destroyed defenders for my favorite basketball team that I would just forget all about him and stop rooting for him you are terribly mistaken. When you give me as a fan absolutely everything you have while going through total hell both professionally and personally all while giving this city one of the best offensive seasons in franchise history, I will always be rooting for you. The way Isaiah dragged those early rebuild Celts teams was something else.

As we know, it's been a brutal road back to this position for Isaiah. He wasn't healthy and his play clearly suffered. He couldn't find the right situation where he could be a high usage player with the ball in his hands in an effort to show the rest of the league he could get back to that 2016 version which was why I loved him going to WSH. They desperately needed what he provides on the floor, he'd get the reps and opportunity given the injuries they've had and he's looked fantastic since the jump

The quickness seems to be back, his shot is still as automatic as I remember which tells me he's feeling 100%. It's not like Ish Smith was playing all that well and Isaiah's efficiency is even getting back to what we remember with 46/40% splits with 2.7 3PM a night. He'll never be the lockdown defender like some other point guards in the league but who cares. Offensively when he's right the man is a PROBLEM and you combine that with his playmaking ability and how he creates for others and the Wizards found themselves a steal considering they're paying him minimum money.

So yeah, this is one of the best Woj bombs we've gotten all season and it makes me wildly excited for a team I could give two shits about. I don't think I'm alone in hoping Isaiah kills it and gets the bag he rightfully deserves, a guy who truly grinds and puts in the work to be great. If you have a heart, you should be rooting for this dude.