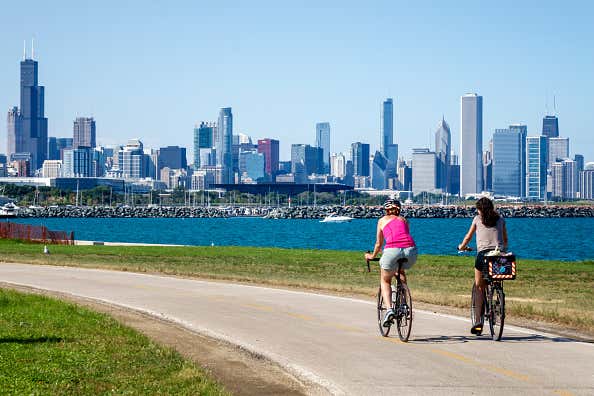 Yes, the thumbnail pic is a cheap visual to remind everyone that summertime Chi is the best thing on earth

This season was filled with so much goddamn hope.  The Bears, coming off a 12-4 season that was solely fucked up because of a goddamn kicker, entered 2019 with Super Bowl aspirations.  Those aren’t words you throw around all haphazardly in Chicago, either.  But but but the Bears returned the best defense in football that had stars at every level, a 2nd year head coach that was thought of as an innovative and creative offensive mind, and a #2 overall pick that flashed enough talent to have people thinking he’d be a franchise QB and lead them to the promise land.  Expectations sky fucking high.

Yeah.  Didn’t happen.  The Bears stink out loud and they’re most likely fucked for the foreseeable future.  They’ll be lucky to go .500 this year and might just be cleaning house after the season.  Again.  Out of all the years I’ve watched this organization fuck up, this season is the most disappointed I’ve been with them by FAR.

But it gots me to thinking, what are the most disappointing seasons in Chicago’s recent history?  From like 1990ish on?  I was born towards the end of 1988 but my dad still bitches about the 1986 Bears.

They went 14-2 and then got trounced by Washington in the divisional round with Doug Flutie at the helm.  Look at the stat line he put up that game:

Looks eerily familiar, doesn’t it?  To this day I’ll be drinking beers with my dad and he’ll bring up that playoff loss.  But at the same time that team was 14-2 and dominated throughout the regular season.  At least they had 16 weeks of fun before they shit the bed.  We still have eight (8!!!) more Bears games to suffer through.  Death by a thousand paper cuts instead of getting shot in the back of the head.

I mean, there’s a reason the 1985 Bears are still the most popular team in the city’s history.  There have been a LOT of duds over the years.

For Sox fans, a lot of people will point to the 1994 season.  They were built to win it all.  Team was stacked top to bottom.  On August 11th, this was their record: 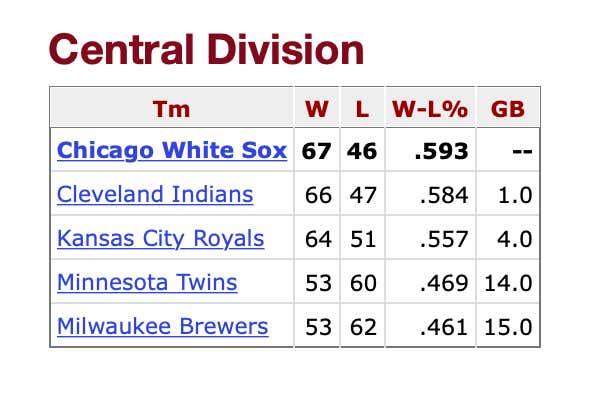 And they were riding on the back of Frank Thomas, fresh off a 1993 MVP campaign.  In 1994 he was putting together one of the very best offensive seasons in baseball history.  These stats are absurd, and it was only in 113 games:

But they didn’t win the World Series that year.  And guess what?  Nobody did.  It was canceled because of a player’s strike, and a player’s strike that a lot of people blame White Sox owner, Jerry Reinsdorf, for orchestrating.  Goddamnit.

But… I don’t remember that season either.  I was 5 years old.  If this happened to me today, I don’t want to think about what I’d do.  I’d be laying face down in a drained out pool somewhere.

But the most disappointing disgusting season for me was 2016.

Top heavy talent and no depth.  Like, at all.  JB Shuck and Jerry fucking Sands getting regular at bats. They went 76-86 and were a complete and total disaster off the field. Jerseys being cut up by the franchise star, 12 year olds in the club house 24 hours a day, a lame duck manager.  I HATED that team.  Loathed it.  I wasn’t necessarily expecting a World Series title, but that team made me sick to my stomach top to bottom.  Chris Sale hung a goddamn 12 year old’s jersey in his locker for a postgame media sesh as if he died a tragic death.  It was embarrassing

Oh, and Adam Eaton called that same 12 year old a “leader” of the clubhouse.  And Todd Frazier beat his ass and stuffed him in a locker.  Literally.  A player on that team told me that to my face.  Fuuuuuccckkkkk that team.  Thank god they blew it all up after that.  Wish they would have gone winless.

Moving on to the Cubs:

To me the answer is obvious.  2016 is the most disappointing year for me as long as I’ve watched the Cubs.

But if you ask around, most people will tell you it was 2004.  One of the preseason favorites to win it all.  Stacked lineup with Derek Lee, Sammy Sosa, Corey Patterson and Moises Alou, a deadline acquisition of Nomar and a LOADED staff comprised of Kerry Wood, Mark Prior, Carlos Zambrano, Matt Clement, Ryan Dempster and Greg Maddux.

1.5 game lead on the Wild Card with 8 game remaining, lost 6 of 8 to close out the year, Sammy left the team and went AWOL immediately following the last game and they were sitting at home in October.  Sammy also got traded shortly after.  It was eerily similar to the 2019 team that just choked now that I think about it.  Oh and the next year the White Sox won it all.  That’s right bitches, never forget.  This was when Sox fans were flying at their highest.  Cubs sucked, Sox were awesome for at least a few years and then…. yeah.

I consulted Chief on the Hawks.  He said that not many seasons were really “disappointing”, though the sweep against the Preds a few years back was brutal.  Bulls?  They could have had a 4 peat in ’94 but lost to the Magic after MJ returned. But as they say, nothing counts when MJ was wearing #45.  Nope, that season never happened.  If they would have beaten the Magic and then the Rockets in the finals, then went on to win in 95-96, they would have won 8 straight and we’re not even having a GOAT discussion these days.  Not that we should be anyways.

I’m sad, you guys.  Fuck the Bears.  Fuck ‘em in the ear.  I need pitchers and catchers to get here immediately.  Like right fucking now.  Need that hope back in my life.

If you aren’t caught up on how apathetic we have become with this team and organization now, go listen to our postgame show from this week: