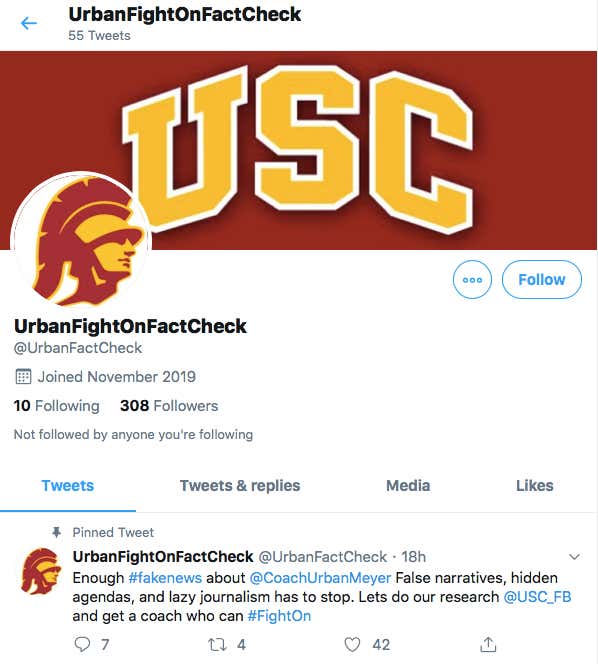 At the time of publishing, it has just over 300 followers, but a very good boy did some sleuthing and found out the first follower is quite notable.

That in and of itself is pretty suspicious because how many national championship-winning coaches are just browsing Twitter and happen to find a freshly created Twitter account dedicated to them not leaving a TV job to coach at a particular school? Additionally, many of the tweets read like things Meyer would want to put out there in defense of himself.

Very interesting that this random person seems so intent on letting people know that Meyer has actually never done anything wrong and that the media has treated him so unfairly. Now, it's possible this could be a Jameis1of1 situation with the world's foremost Urban Meyer defender, but it would have been quite a coincidence for Meyer to find that account before anybody else.

And the account at first glance appears to be dispelling the rumors of Meyer heading to USC, but the tweets are far more interesting in castigating the media for the way Meyer has been portrayed in the last several years. Again, who has the most to gain from trying to correct that supposed misinformation?