It's as bad as it's ever been in Chicago right now. No bullshit or exaggeration, everyone here is miserable. If there's a silver lining (there isn't) it's that we're all united under the same amount of sports misery. And leading that charge is our beloved Chicago Bears.

Here's some delicious nuggets on just how miserable we really are:

4 Straight L's - Look at the progression after starting 3-1: Bears get stunned in London Week 5, but enough excuses with injuries and travel to chalk it up as a fluke. Bye Week 6 to absorb the offensive woes. Then Bridgewater's Saints trounce a one-dimensional offense at home that carried the ball 7 times. Then we can't score a touchdown in 97 tries inside the 10 yard line against the Chargers despite running the ball down their throats. And now we basically just puked up the worst offensive performance in any half over the last 40 years of the Chicago Bears. Think about that offensive history.

How Bad Was That 1st Half?

9 yards. 1 first down. 0 points. And good thing we don't take shots for 3-n-outs anymore. Last thing we need is half the fan base browned out by the middle of the 2nd quarter.

Again - Nagy had 4 weeks and 3 horrible offensive performances to bounce back from. The Eagles secondary was laying on the floor when we walked in. Everyone is waiting for this "breakout" we keep hearing and it's literally no where to be found.

And not just that - but we're talking about THE WORST HALF SINCE 1979.

Mitch By The Numbers

I honestly didn't even know you could go negative. Someone smarter than me send out a powerpoint on CPOE standard deviations and tell me if this is any good. (It's not)

Exactly 100 in honor of this historical 100th season. Great fucking reminder just how much George Kittle would dominate in this offense and equally how terrible Adam Shaheen is in all facets of football. Literally this asshole doesn't do one thing well. Can't stay on the field. Can't get on the field. Can't catch, run block or run routes. Can't get it done in the red zone. Can't justify his existence much less draft spot in the 2nd round much less 6th round and now I'm getting mean. I shouldn't be.

It's not his fault Ryan Pace drafted him in the 2nd round, thus prompting all of us to hold extremely baseline expectations that he'd contribute one fucking time, once.

PACE BY THE NUMBERS

If you've ever wondered How fast can an NFL core fall apart then this 2019 Bears squad might be the one for you.

Heading into 2019 it was Pace + Nagy + Mitch as a very realistic long-term core. And after 4-straight embarrassing losses, we're getting fired up over tweets like that. We still have some more tape to put up before we can really get into this argument.

For now I just want to remind everyone that 5 weeks ago the Bears were 3-1. We had problems but no one was even remotely thinking about this type of talk. Pace was trending up, tied to Mitch. Nagy was battling adversity, tied to Mitch. And all of us were waiting for the offense to show up, also tied to Mitch.

Now on November 4th, 2019, we're collectively depressed because we can't even tank for a 1st rounder in 2020. Which reminds me:

Speaking of what have you done for me lately… Mike Davis was an actual reason the Bears traded Jordan Howard.

Let's check in on his Week 9 against the Eagles:

MD Snap% on offense this year:

Good thing we gave him 2yrs/$6m to leave Seattle and fill in for a role that doesn't even exist.

So bad that we actually didn't come close to being as bad as the Jimmy Clausen game. Woof.

Mitch On The Ground

What happened? 6.6 Y/G on 1.6 carries? Mitch's greatest strength (work with me) is mobility. The athleticism. Making shit happen on the run - but that doesn't happen if he's in the pocket. So. Riddle me that Nags.

I'd rather casually sip Malort for 9 minutes and 27 seconds at this point. 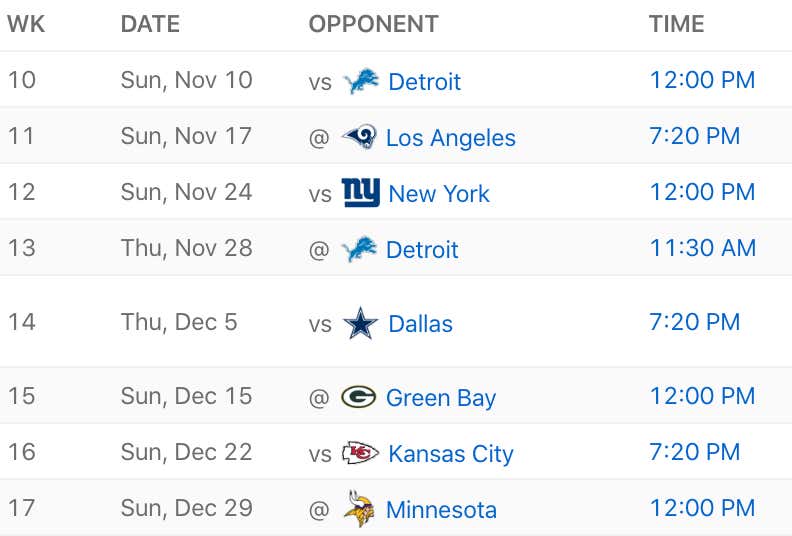 8-0 should get us to the playoffs starting with the Lions this Sunday. Rumor has it the Bears are favored by 3 points which is some kind of rat line if I've ever seen one.