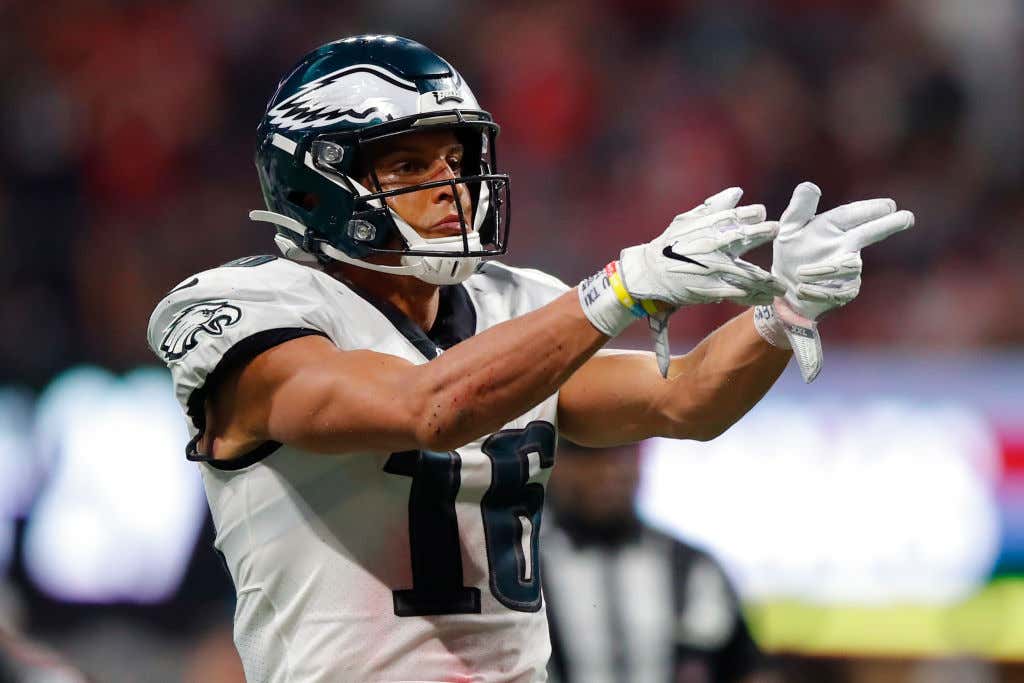 The Eagles picked up a big win yesterday against Chicago. It wasn't the greatest win in the world but when you're 4-4 and playing against a team that you had just knocked out of the playoffs a year ago, a win is a win. Did they struggle a little bit in the red zone? Sure. Did they get away from the run game too much in the 2nd half? Absolutely. But are the Eagles now 5-4 after 9 weeks and heading into the bye week above .500 after winning their last two games? Yes, and that's really all that matters.

Now here's the thing--I'd say that since week 2, Eagles fans have been screaming that this needs to be a run-first team. If the Eagles are going to be able to salvage this season and still win the Division, it's going to be because Jordan Howard is picking up 6-7 yards every time he touches the ball and Miles Sanders has all the ability he needs to make a big play as long as that big play isn't trying to return a kick. We all know that this needs to be a running football team and to help solidify that even further, Mack Hollins has been doing absolutely everything in his power to force the Eagles to be a running team whether they want to or not. Because in 5 straight games now, Mack Hollins has not recording a single catch.

Clearly the Eagles think that they have the greatest wide receiving corp in the National Football League because why else would they not attempt to do anything to upgrade that position at the trade deadline? I mean it's obvious that they have their guys and they think that this is the unit that is going to get it done for this organization. That's now 5 games in a row for Mack Hollins without a catch and Howie Roseman is up there acting like the master plan is all finally coming together. You can't be an offense that airs it the fuck out if you quite literally don't have any wide receivers. Mack Hollins has as many catches as Jake Elliott has had since the start of October. Nelson Agholor is still Nelson Agholor. We're going to need to hear from Josina Anderson about what was wrong with this ball from Carson Wentz to Alshon Jeffery.

Again, this team felt confident enough in this wide receiving corp that they didn't make a single move at the trade deadline. And you know what? Maybe that's Howie's plan. Maybe he knows that this team needs to rely on running the ball and he didn't want to give Doug Pederson any additional weapons to mess with that game plan.

A win is a win but maybe just keep Mack Hollins around to be the director of morale and throw somebody else out there to, ya know, actually do something. I'm sure he's a super nice guy. I'm sure he's always going to hype up his teammates and support the team. But unfortunately high fives don't end up on the scoreboard. Such is life.

But for real. Just feed and feed and feed Jordan Howard. If he says he's full, just keep feeding him some more. And don't you dare start to give any of his touches away to Sproles. Let the man feast.