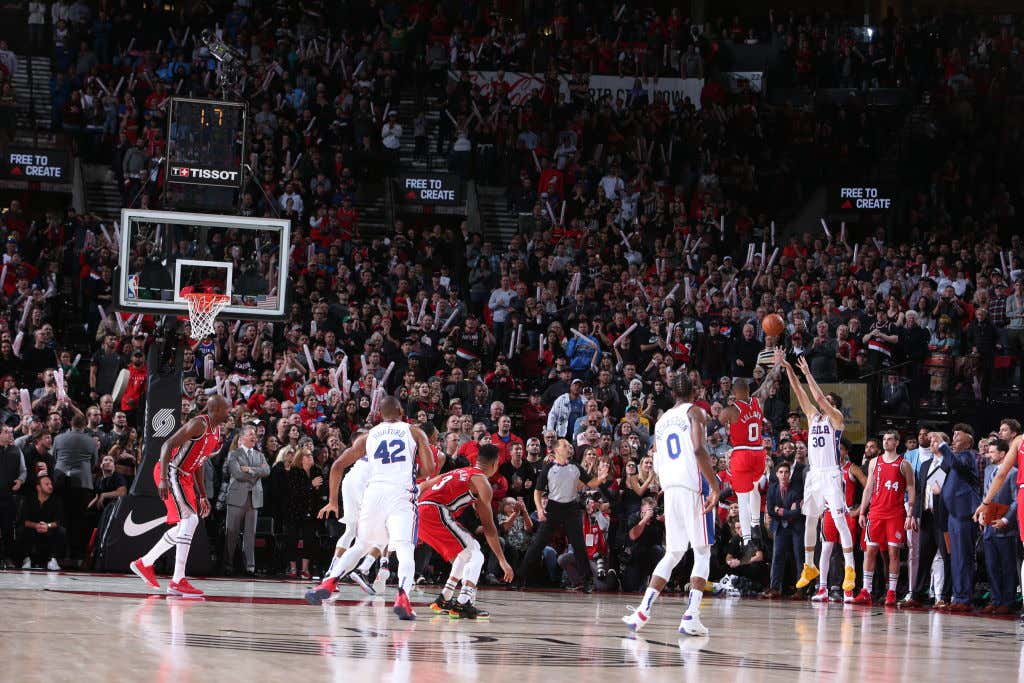 Before last night, the Philadelphia 76ers men's professional basketball team was 4-0. Things were going great for this team so there really wasn't much to complain about. If anything, people were just worried about a couple of things. 1) That the team still doesn't have a legitimate outside shooting threat, and 2) just why in the fricken heck is Furkan Korkmaz out there on the floor so often?

We got an answer to both of those concerns last night in Portland.

A comeback win on the road against a very good Portland Trail Blazers team, without Joel Embiid in the lineup, and Furkan Korkmaz hits the furkan dagger with less than a second on the clock for the win.

And that right there is exactly why he's been getting all those minutes. Brett Brown said that he needs to grow a 3-point bomber. He knows that this team needs shooting help. But he's not going to be able grow said bomber if you never put in the time to water the bomber. You need to take care of the bomber. You need to give it sunlight, you need to give it care, you can't just stick a couple of bomber seeds into the ground and expect a gigantic bomber tree to rise out of the ground the next day. So you give Furkan the minutes during the first 4 games to get him comfortable, and then he comes up extra clutch when you need him the most on the road. Big ol' nuts on the Turkish Delight. This team, man.

Sidenote: I've been saying all season so far that the one thing that could really benefit Furkan's game is if he ditched those hideous yellow sneakers. He was the type of player who should really be more focused on just blending in rather than standing out. But when you hit a big dick shot like that on the road to keep the boys undefeated? You can wear yellow sneakers, pink sneakers, lightning blue sneakers, neon green, I don't care. That shot took a couple of bowling balls between your legs and Furkan didn't even blink.