So Chance was on SNL this weekend.  I don’t think I’m in the minority here but I haven’t watched a live episode in SNL in forever and didn’t even realize he was on it and repping the White Sox until the next day.  That’s how far the show has plummeted, at least in my opinion.

But anyways, on the show he also repped a Chicago Teacher’s Union shirt:

Now for those who don’t live in Chicago, Chicago Public School teachers are on strike.  For reasons I’m not going to discuss, this is an incredibly sticky situation.  Obviously.

But people were legit outraged they cut the shirt off in the photo from the original tweet at the top of this page. 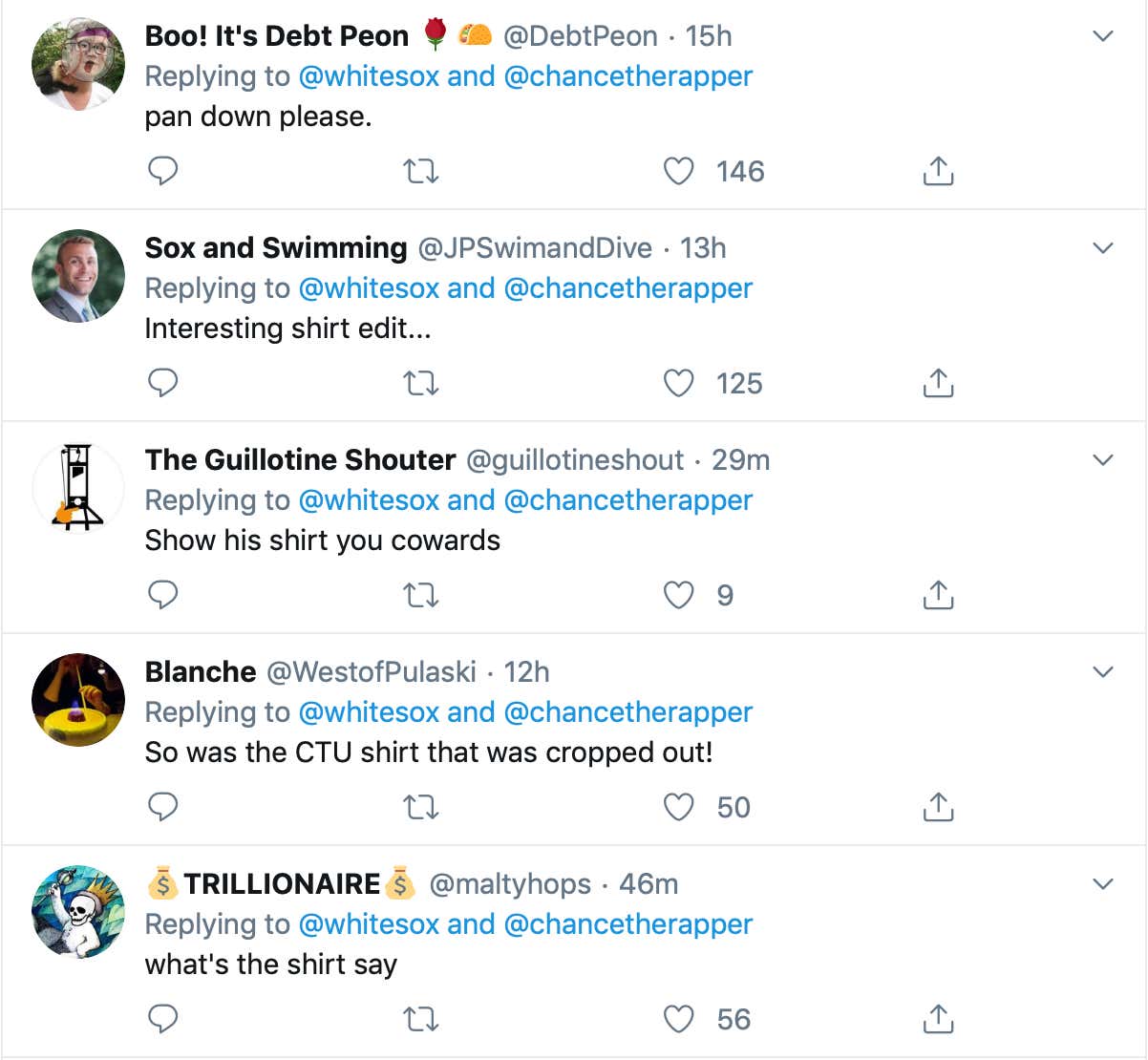 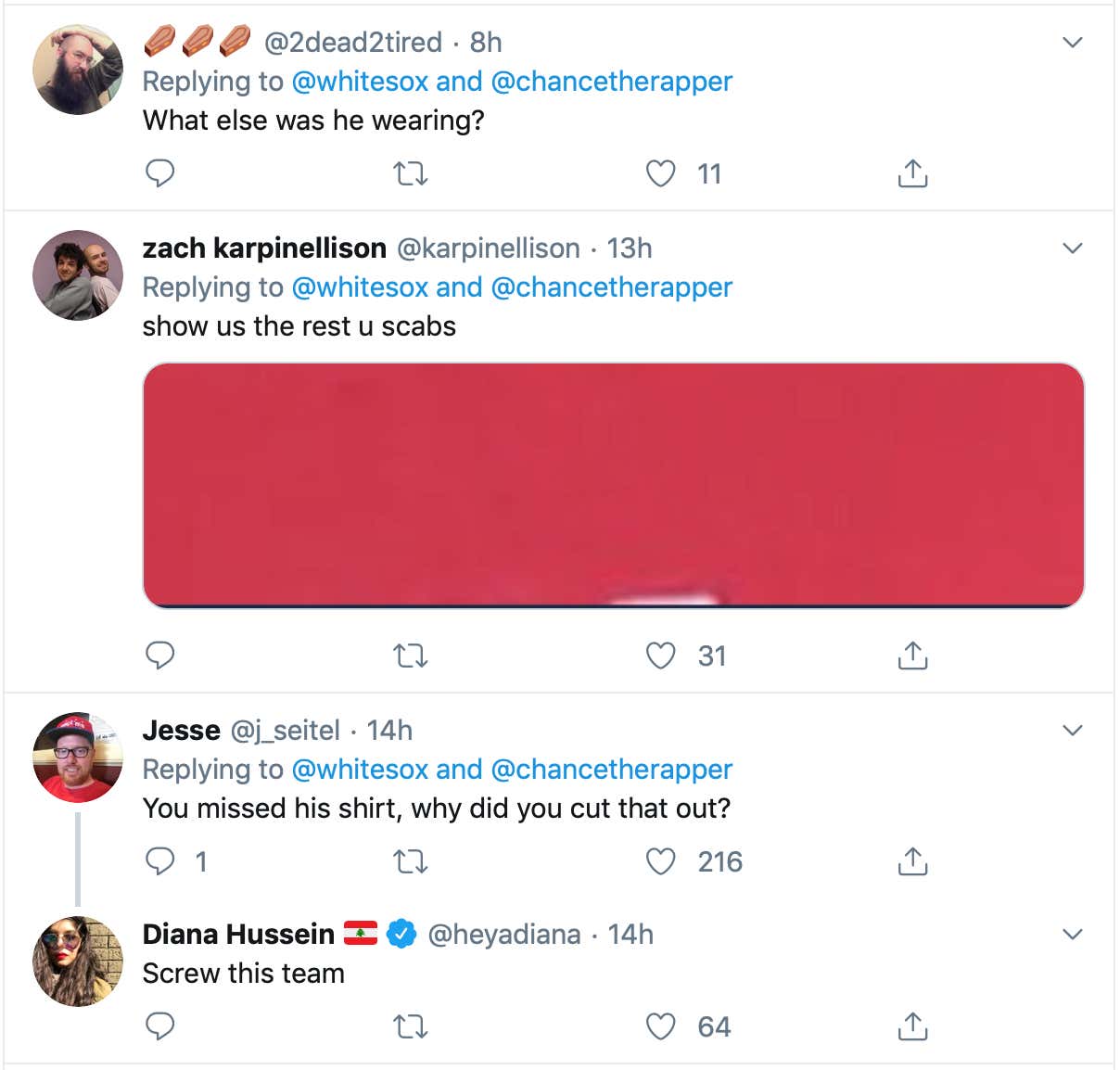 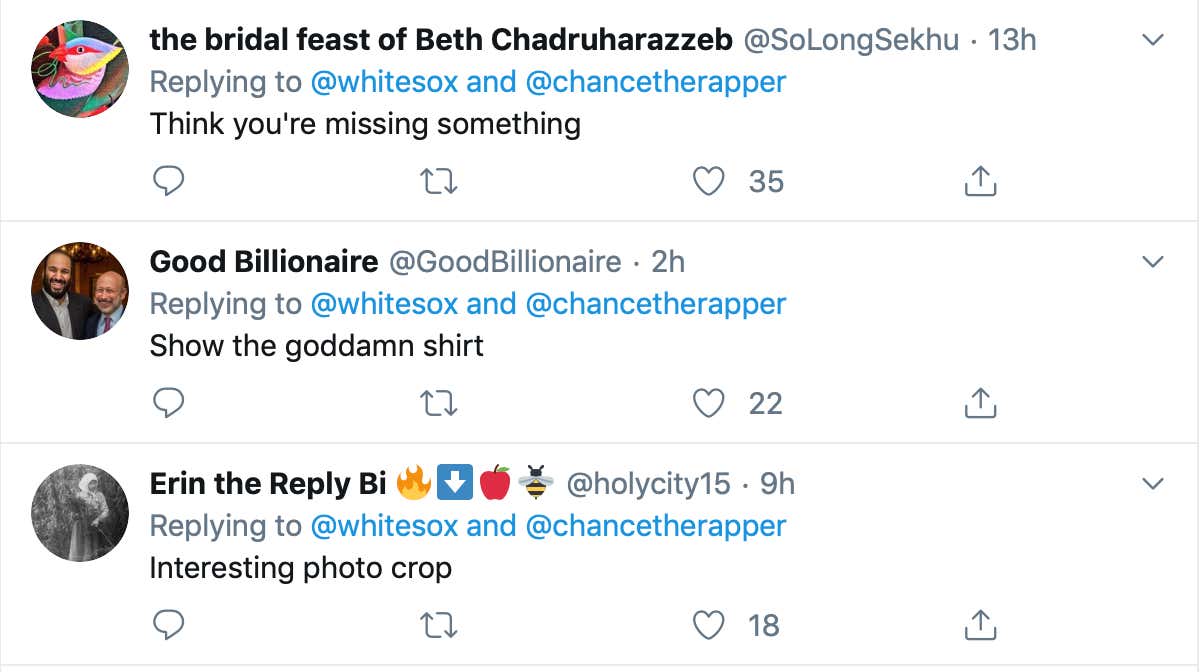 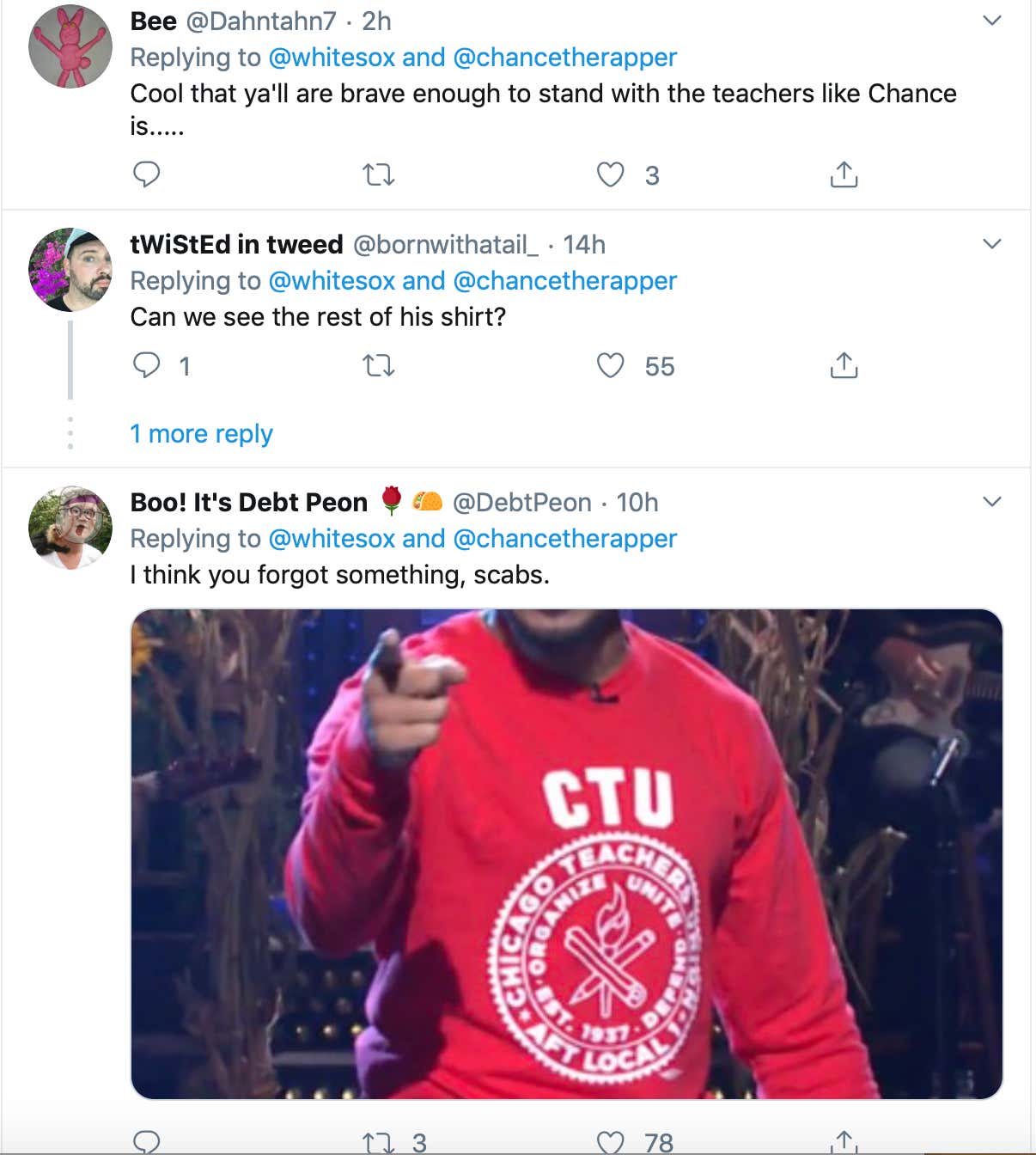 Typical damned if ya do, damned if ya don’t situation we got on our hands.  If they did happen to not crop the shirt out, I’m sure they would have been flooded with similar responses from people who align with the other side of the situation. People pissed off at a sports team choosing a side on a very complex political situation, which is kinda what the (inadvertently?) did anyways.

Crop it out?  Well we already know the answer to that.  And that’s exactly why they should have just left it alone altogether.  Chance rocks White Sox hats and merch in public all the time so it’s not like this would be their last opportunity for a pic like this.

But how incredibly ‘White Sox’ is it to look for some good PR with Chance repping their brand only to get shit on non-stop by their own fanbase because of it?  Just so so so so White Sox.  Can’t get out of their own way.  Sounds really familiar.

If they need help in the PR department, they have my number.  Just my. $0.02.  That said…. probably should have said “thanks for repping the White Sox @chancetherapper!”.  Poor choice of words there that just left them open to a LOT of criticism.

PS – I think we can all agree Chance is the fucking man.  Dude’s awesome for Chicago