The title of this blog is actually a popular saying from around the turn of the last century.  Its recognizability was increased when free-market economist Milton Friedman made the quote the title of his 1975 book.  It is most commonly used to describe opportunity cost, an idea at the core of all economics- A person (or a society) cannot get "something for nothing". Even if something appears to be free, there is always a cost to the person or to society as a whole, although that cost may be a hidden cost or an externality. 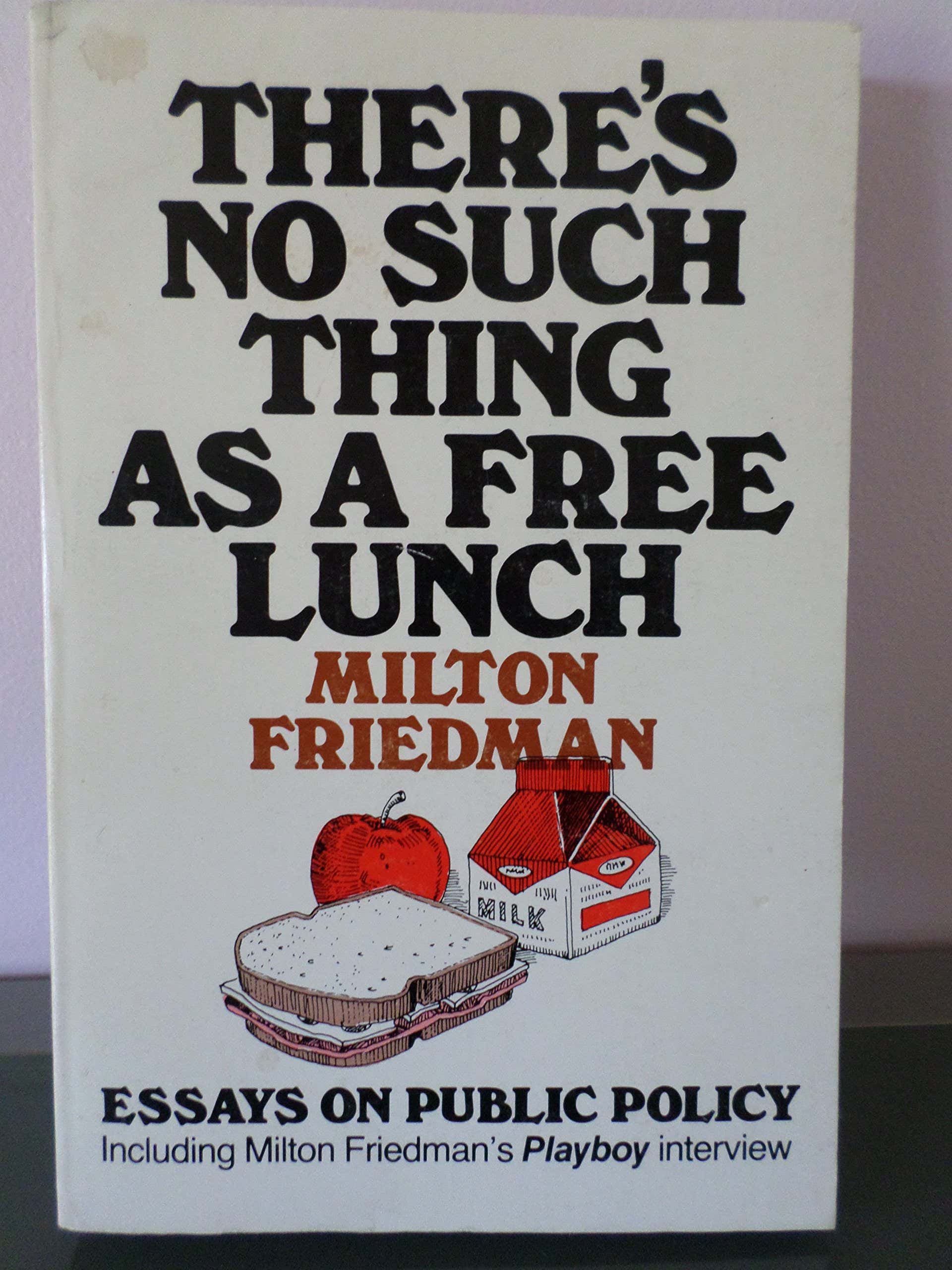 The "free lunch"-part of that quote refers to the once-common tradition of saloons in the United States providing a "free" lunch to patrons who had purchased at least one drink.  Many foods on offer were high in salt (ham, cheese, and salted crackers), so those who ate them ended up buying a lot of beer, and a bar offering a free lunch would likely charge more for its drinks.

The reason I bring this up is that I read a story recently about a school system in New Jersey that is trying to implement a policy that has people sharpening their pitchforks, and I can't for the life of me understand the outrage.  I will give you all the details now, and you tell me what I am missing.

The title of the article is: New Jersey School District Proposes Banning Students With Lunch Debt From Field Trips, Prom and here's the skinny...

A New Jersey school district approved a policy earlier in the week that will bar students with lunch debt from attending activities such as prom.

The Cherry Hill school district, located just outside Philadelphia, passed the new rule Tuesday night at a school board meeting.

Under the policy, students with a negative balance will be able to get a hot meal, but not a la carte items. Then, if the debt goes over $75, high school students will be prohibited from going to school dances including prom until the debt is fully repaid.

The rule will be enforced at the principals' discretion, but also allows middle and high school students to be banned from extracurricular activities and going on field trips until the balance is paid off.

In August, the Cherry Hill school district also came under fire when it proposed giving only tuna sandwiches to students who owed more than $10 and refusing to serve kids who had a balance of more than $20.

Except that's not it... People got wind of this story on social media, and those same people LOST THEIR FUCKING MINDS.

I don't want to out any one of these selective activists, so I will anonymously quote some of the responses...

- I live in this district and am infuriated. There is no excuse for punishing kids like this. Our property taxes are among the highest in the state. The school superintendent’s salary is $175k a year. I’m looking into organizing protests.

The article clearly states- Under the policy, students with a negative balance will be able to get a hot meal, but not a la carte items.

Do potential protesters think kids should get more than that? Are the provided free hot meals not enough for these kids in need without them needing to “buy” extra items with money they don’t have?

The answer to both of these questions, apparently, is a resounding "YES!" because there are dozens of people who share the same outrage...

- A hungry kid in school is more likely to be hungry at home, too. Then, problems spiral from there. I don't live in the district, but, we are all responsible for children. I'd sign a petition.

- That proposal is truly disgusting and disadvantages poor families.

- It is very possible the authors of this practice are guilty of (large) financial crimes. That would be something to investigate.

- Wow just wow. Why are they punishing children? Provide a living wage and their parents can pay their lunch bill. If a child is hungry they can't learn period!

And one of my favorite back-and-forths has an old white woman saying- Make up of school board? Old white men?

And she was immediately corrected by another white lady, who replied- Surprisingly, it’s actually fairly diverse. There are nine people — 7 women, 2 men, most under 50. The board President is an African American man, there is one African American woman, one Asian woman, and a Latino man. They are unpaid positions.

This surprising revelation put White Lady #1 back on her heels.  And, as she was desperately attempting to grasp onto the possibility that this wasn't actually a case of evil whites holding down the rest of society, luckily a faceless avatar from a free radio program came to her aid by surmising- Just because someone is brown doesn't mean they are completely in touch with the plight of others.  If I'm reading this correctly, this is more a class issue than a race/gender one.  The school board members are most likely wealthy, so they wouldn't relate to this sort of thing.

This, of course, fits into another economic saying that seems to prevail in today's society- "If you can't blame the whites, you should immediately blame the rich."

Listen.  I have 3 kids.  One in grammar, middle, and high school, and the 2 older kids have accounts at their respective schools that enable them to buy these a la carte items in question.

On a handful of occasions over the course of their education, one or more of my liabilities have gotten ahead of themselves with their spending in the cafeteria.  Spending that went so awry, my wife and I were sent notices from school saying the kids blew through the allotted amount on their snack accounts, and we owed the school money as a result.

And do you know what my wife and I did?

We added more money to their cards... Just enough to cover their debt.  And then told those 2 little bastards that they no longer could charge cookies and Snapples on their cards with reckless abandon.  We gave them three weeks suspending their ability to charge at all, and (hopefully) a lesson was learned.

I know what some uppity clams are probably saying to what I just wrote... "Well, Large... You are lucky to have enough money to pay off their addiction to cookies.  What about the less fortunate that do not?"

And I say to them, "It may be tough to hear, but if you can't afford certain luxuries (like $75 worth of snacks) then it is your responsibility to explain to your kids that THEY can't afford them either."

Again... These kids are NOT GOING HUNGRY.  The stuff they are being denied is extra shit.

I wasn't able to afford a TON of stuff other kids could afford when I was growing up, so I simply did without.  I ate Elio's pizzas at home 5 days a week at 99 cents a box.  When I went out for lunch, the Chinese place near my school offered a container of white rice with brown gravy and a can of coke for $1.00 (mind you, it was the 1970s and 80s).  If I had more than a buck, the pizza parlor next door to Sun Wah Hing would do a slice, a small fountain drink, and small Italian ice for $2.25.  And every time I went to either the Chinese spot or Knapp Street Pizza, I walked there in hand-me-down clothes... AND I HAD NO FUCKING ISSUE WITH ANY OF IT.

So don't tell me it's now cruel and unusual punishment to deny a kid a second fucking dessert.

I could keep going, but I will reserve any more ire in case someone can tell me what I am missing.

Por ejemplo- That last sentence of the above article is somewhat concerning...

In August, the Cherry Hill school district also came under fire when it proposed giving only tuna sandwiches to students who owed more than $10 and refusing to serve kids who had a balance of more than $20.

As much as I believe a parent should pay their kids' debts, I don't believe any child should be "poor shamed" with a tuna sandwich.  I am operating under the assumption that the hot lunch provided for those who cannot afford to otherwise pay for it is the same as the lunch provided every other kid in that cafeteria.  Having a secondary "Poor Tuna" lunch line for those less fortunate would be cruel and unusual punishment.

However, curbing the superfluous spending of those who can't afford to spend with threats that seem extremely lax given that those threats are enforced by the "principle's discretion" seems like a no brainer.  And the fact that people have such a problem with it makes me want to tweak the age-old saying that titles this blog thusly...

"There IS such a thing as a free lunch... But lay off the extra cookies, fatty."

And for those of you left with some discretionary income after lunch, sign up for ExtraLarge on BarstoolGOLD. 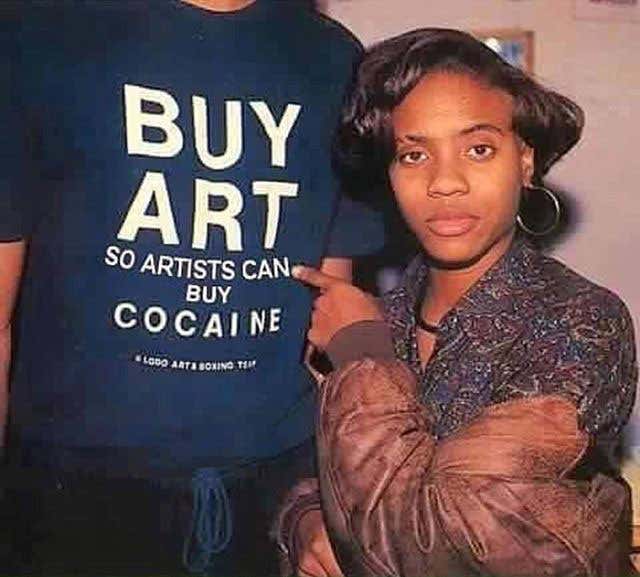