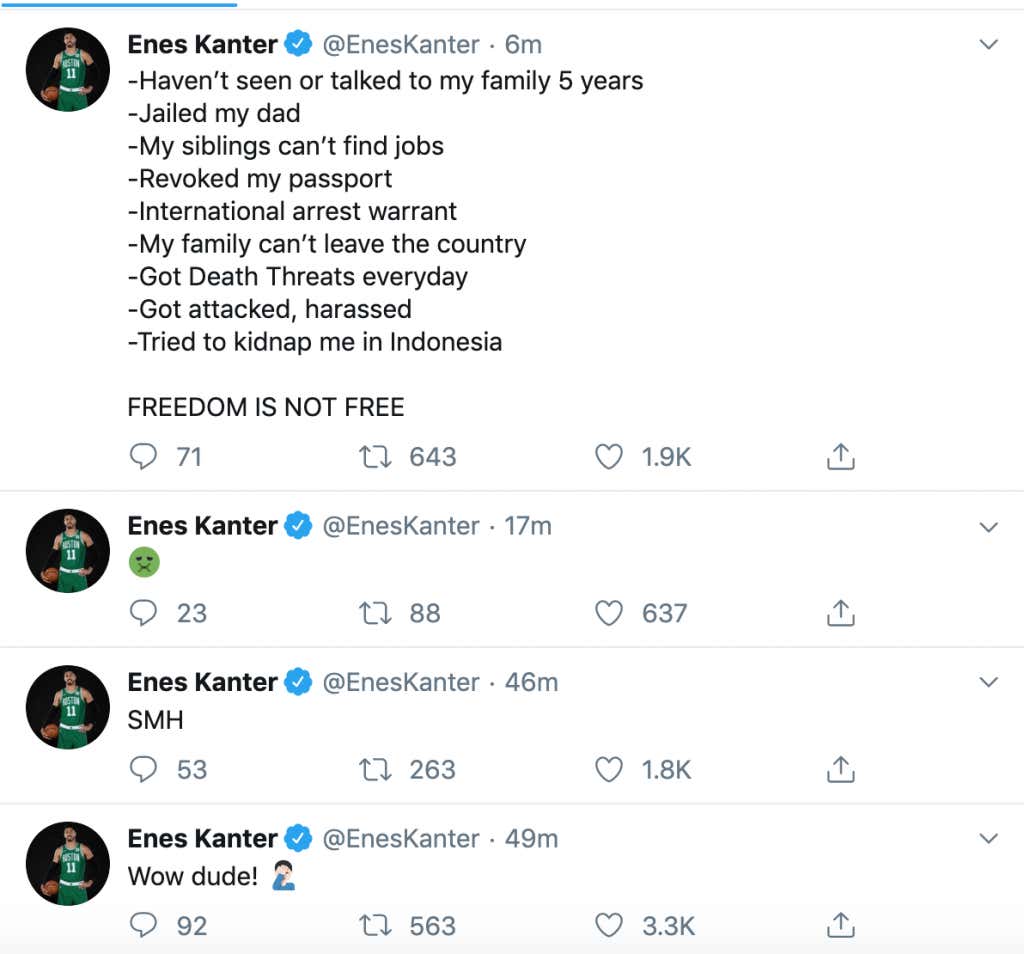 Jesus Christ, look at that tweet again. Now there’s no doubt that Enes Kanter has gone through some shit with Turkey and talking out against the Turkish government. There may not be someone in the NBA that should be talking about the China/Hong Kong situation more than Enes if we really want to hear people in the league talk about it.

Things have been WILD over the last few years if you’ve followed Kanter vs Turkey. His dad was arrested. They don’t broadcast his games in Turkey or ever mention his name. He can’t talk to his family. They revoked his passport and are trying to throw him in Turkish jail. He couldn’t travel to London or Toronto for games for fear of death and not being able to get back to the United States. And those are just a few examples – you know, the ones he lists in his tweet because of LeBron here:

Enes and LeBron have a bit of history too, which I’m sure Enes doesn’t forget

But, man, that list of shit Kanter has gone through is just fucking unreal.