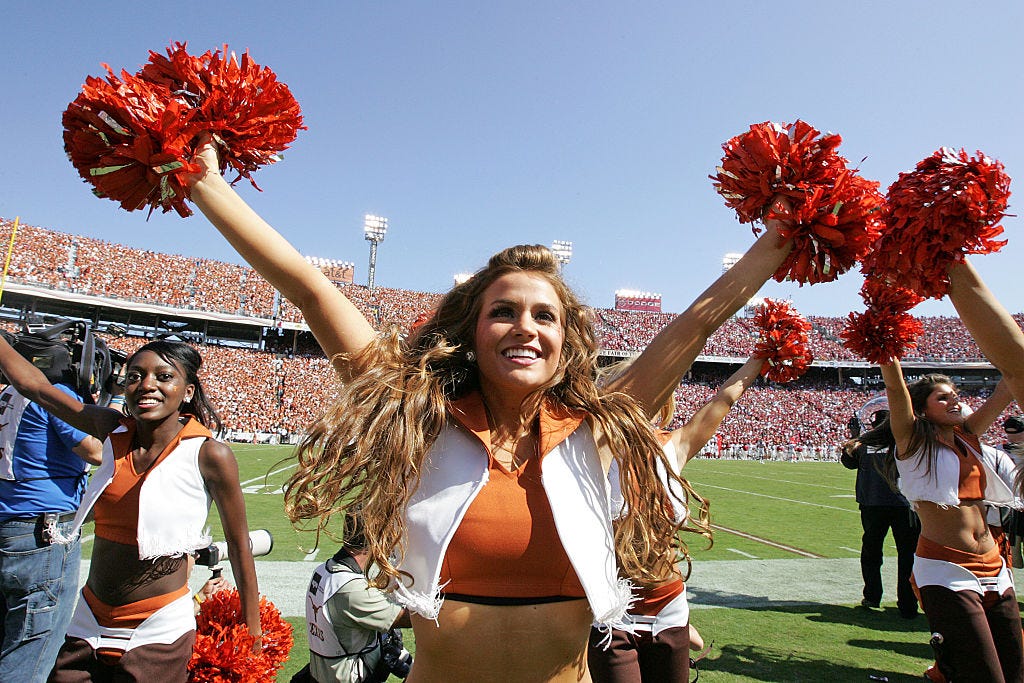 It's impossible to truly understand the greatness of The Red River Shootout unless you have personally experienced it as a Longhorn. Those who have, know it's not just about the game or the rivalry - it's about the total package: the traditions, the drinking, party buses, Big Tex, fried butter, hotel rooms, and, if you're really lucky and super fucked up, a little Medieval Times. 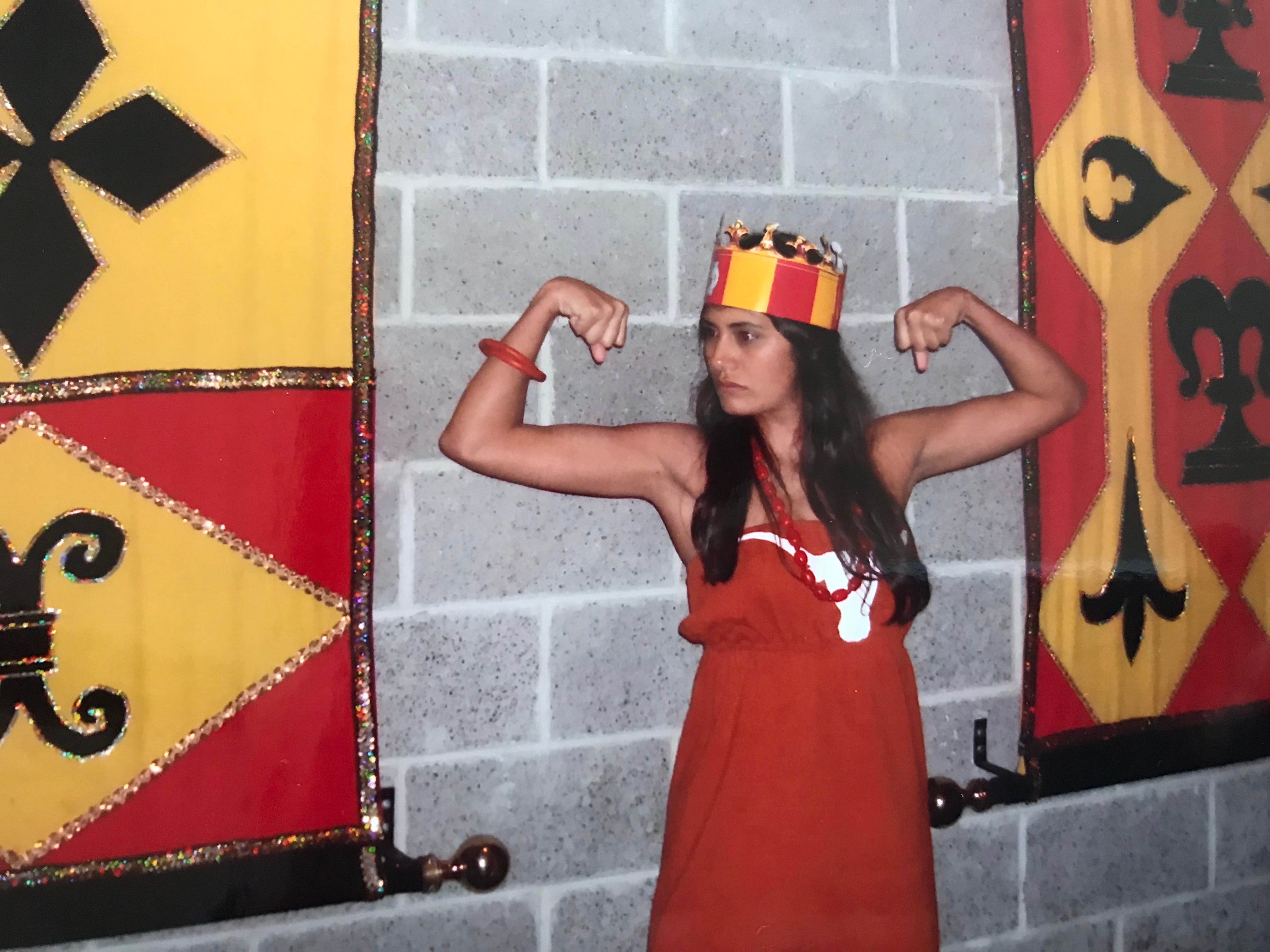 So let's take a trip down memory lane to my sorority girl days and the Texas frat way of celebrating TX/OU. 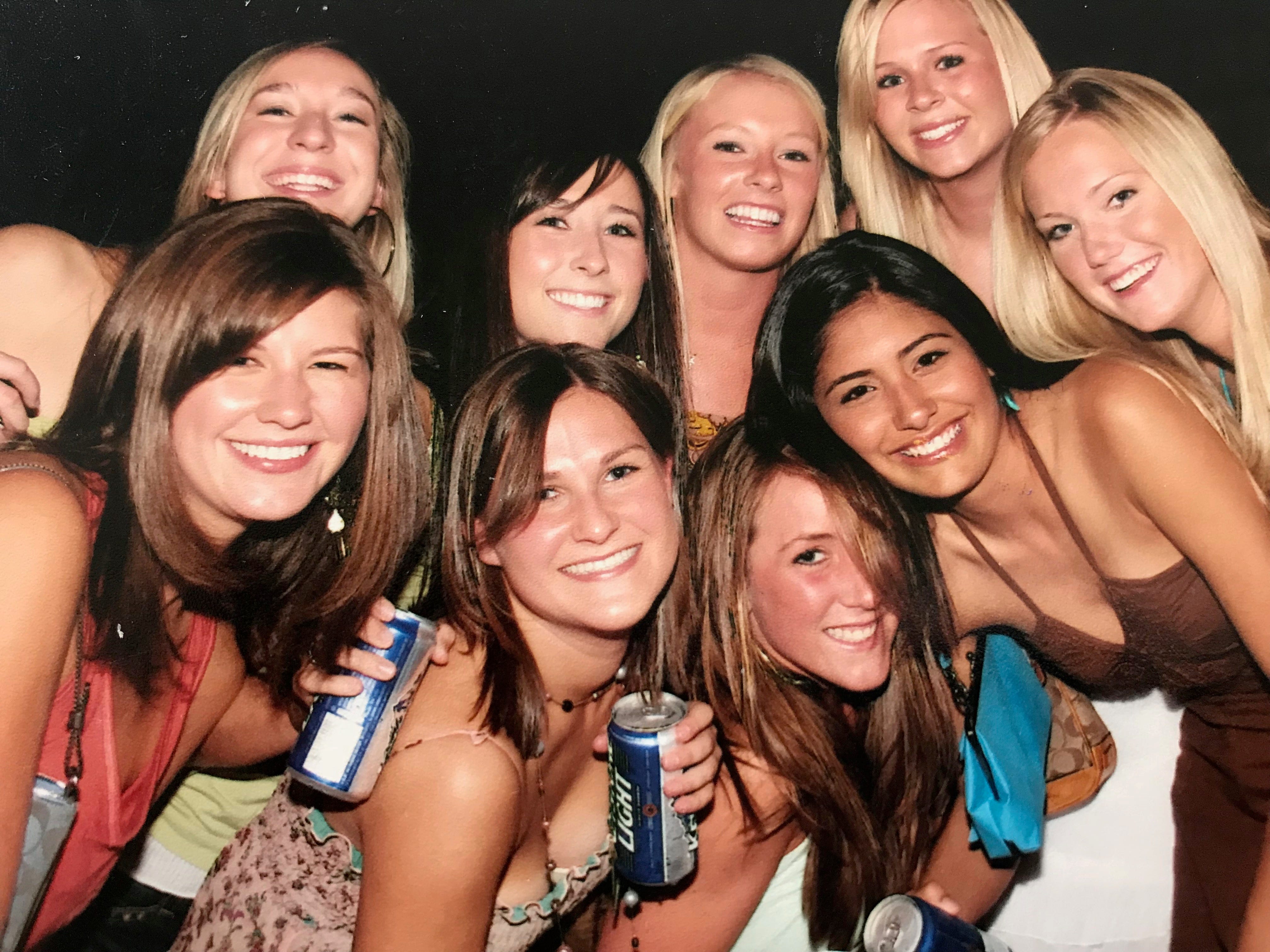 The week kicked off with the tower lift. 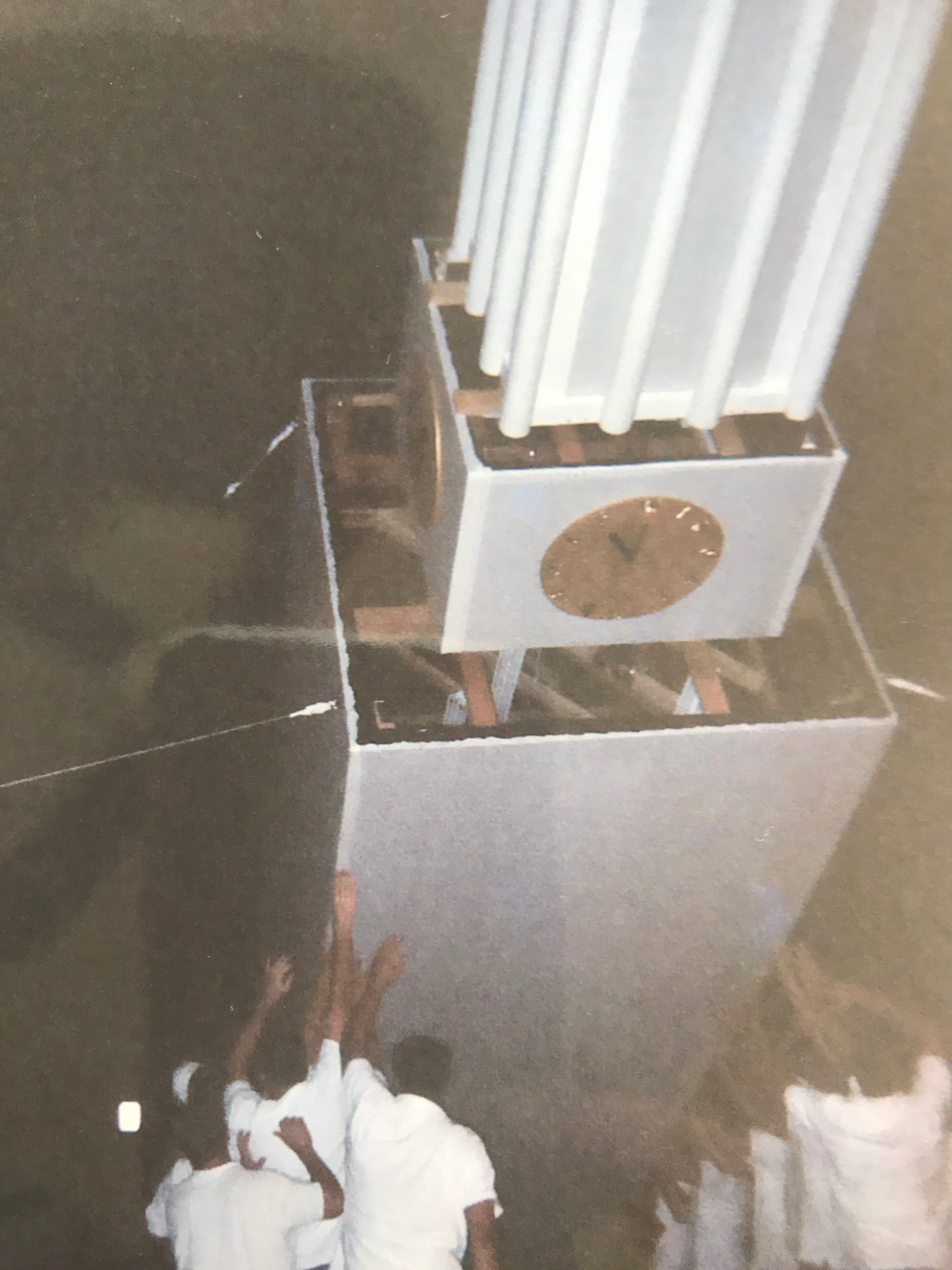 Fraternity pledges worked tirelessly, day and night, in their pledge uniform which consisted of cheap, white collared shirts that were always dirty and jeans. It was kinda sad and kinda cultish, but when that bad boy went up, lit up, and the drinks started flowing, it was kinda perfect. 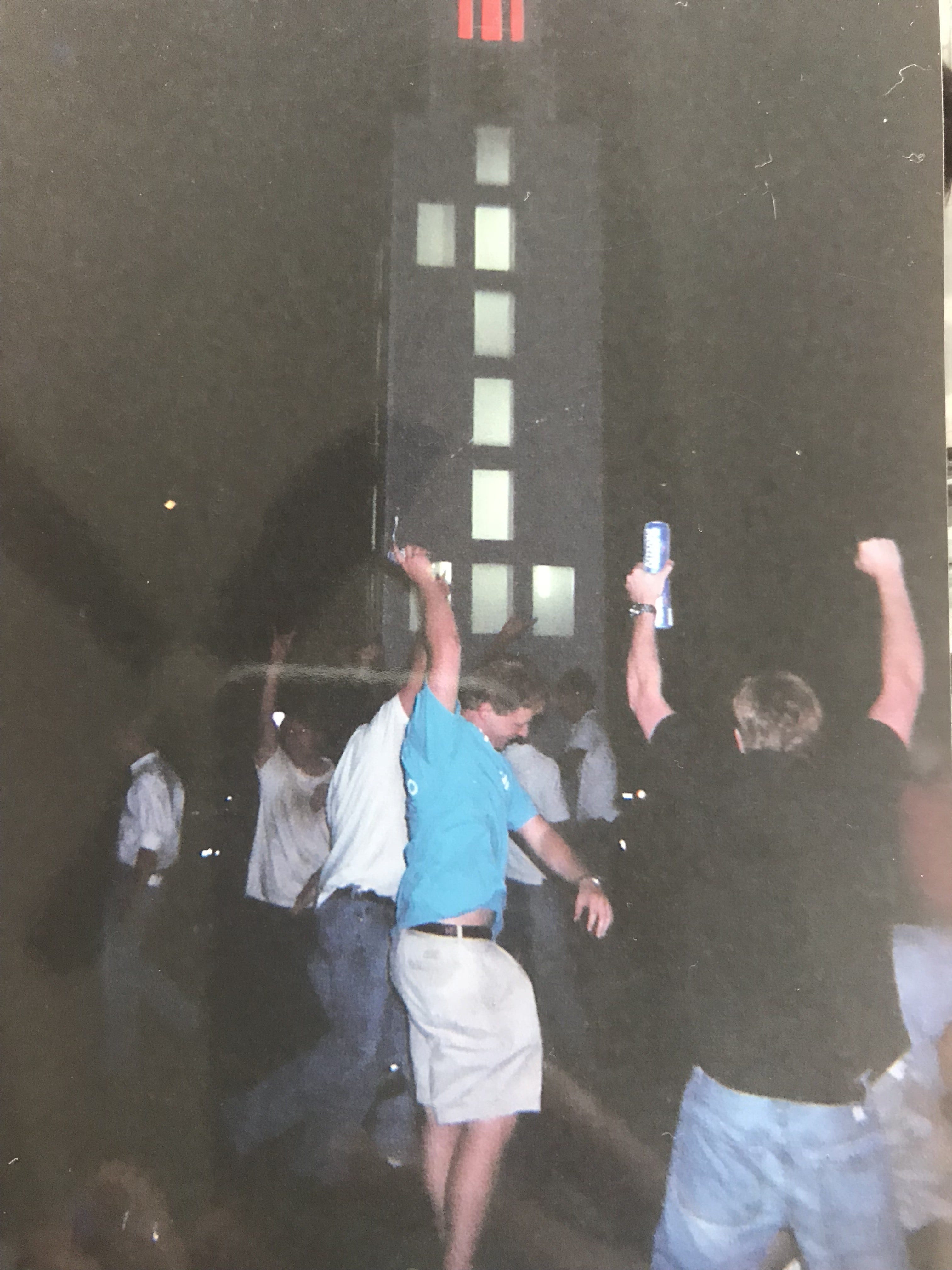 And pretty spot on if you ask me: 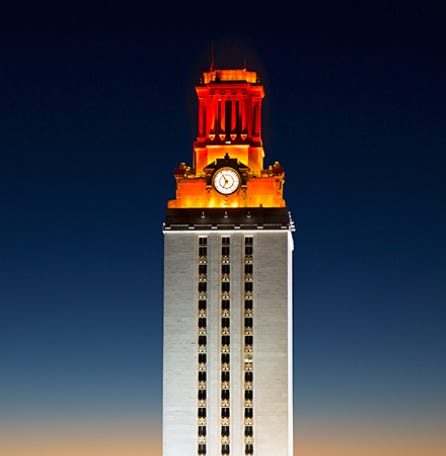 But the guys weren't the only ones putting in some serious work. While I maybe didn't lose sleep over it and it wasn't tiresome manual labor, painting a cooler for your TX/OU weekend date wasn't nothing. 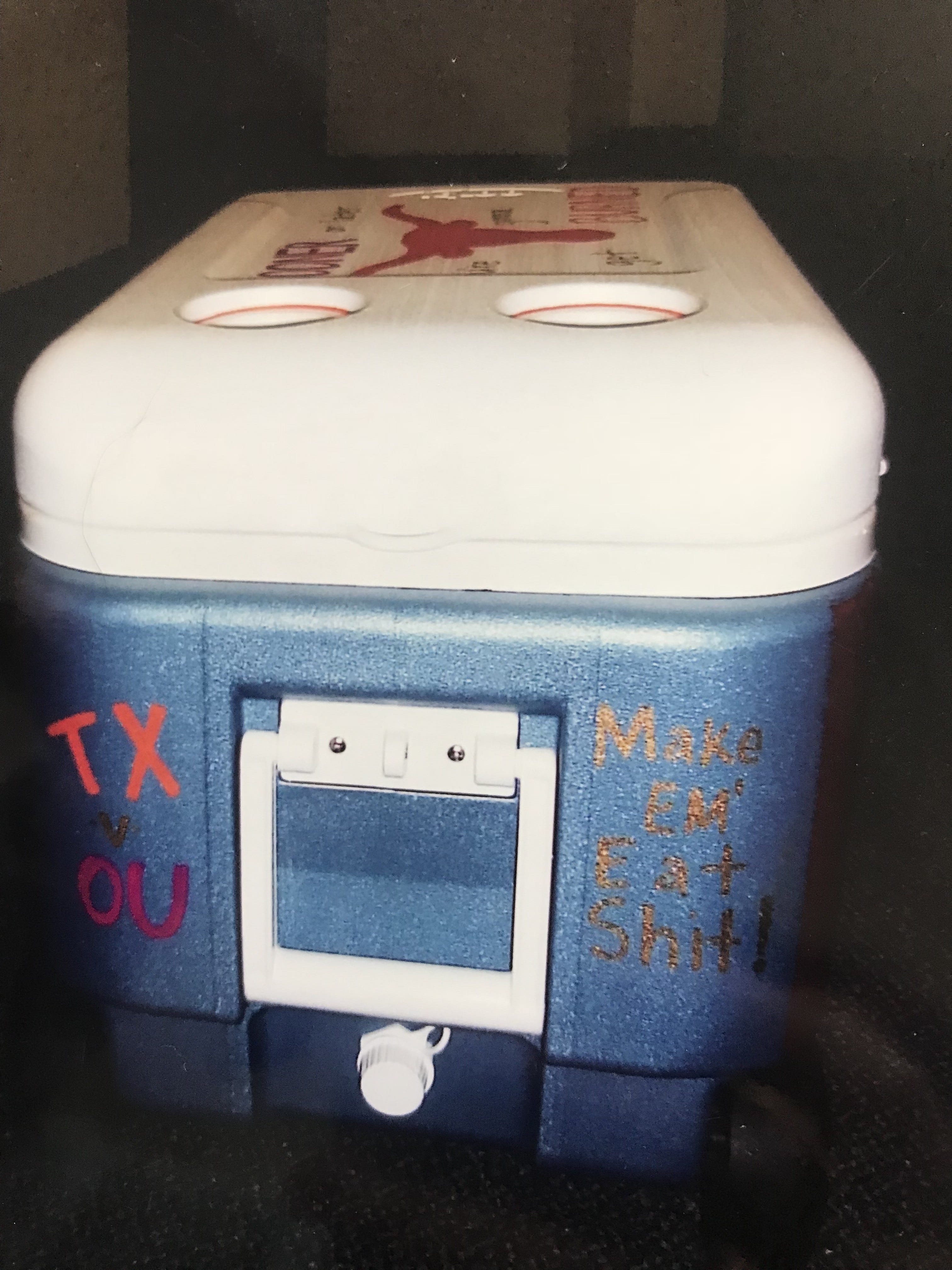 Alright, so maybe it was a good week to be a girl.

Frat boys built stuff, supplied the transportation to and from Dallas, as well as the hotel room and extensive bar tabs in Dallas… while the girls supplied the supplies in a creative and personally designed cooler. (To be fair, getting booze wasn't always easy, especially when you are not 21 but you are poor.) Those coolers - filled with our date's favorite booze - would then line the aisles of the bus and keep us entertained on the 3.5 hour drive from Austin to Dallas.

Needless to say, some people wouldn't make it out that night. 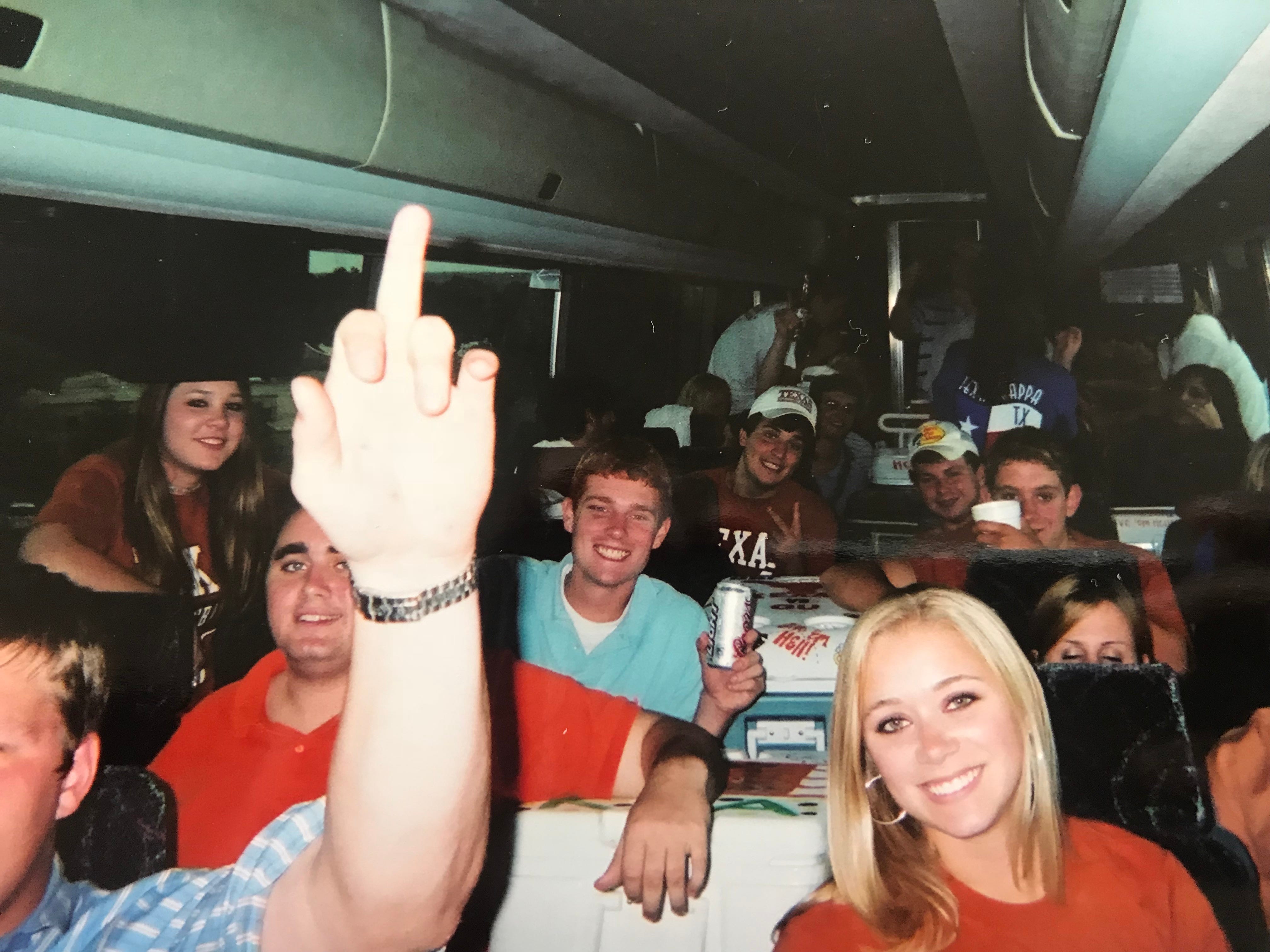 Once we arrived in Dallas, we checked into our hotel room and those of us who weren't blacked out (or were at least able to walk), would head straight to whatever bar had the tab and drink some more.

Party at the hotel room.

Sleep a couple of hours.

Wake up early to start drinking for an 11 o'clock game.

Wait for the adult beverages to kick in, and once we were ready for the State Fair of Texas, we spent some time struggling to get a cab because this is Dallas, not NYC, and it's the year 2000 and Uber isn't around to transport us for zero profit yet.

But eventually we managed to arrive at the State Fair, where one of two things would happen:

1) You would get drunk and lost trying to play carnival games/looking for the bathroom/looking for Fletcher's corndogs and never make it to the actual game.

2) You would get drunk, go to the game, and THEN get lost trying to play carnival games/looking for the bathroom/looking for Fletcher's corndogs. 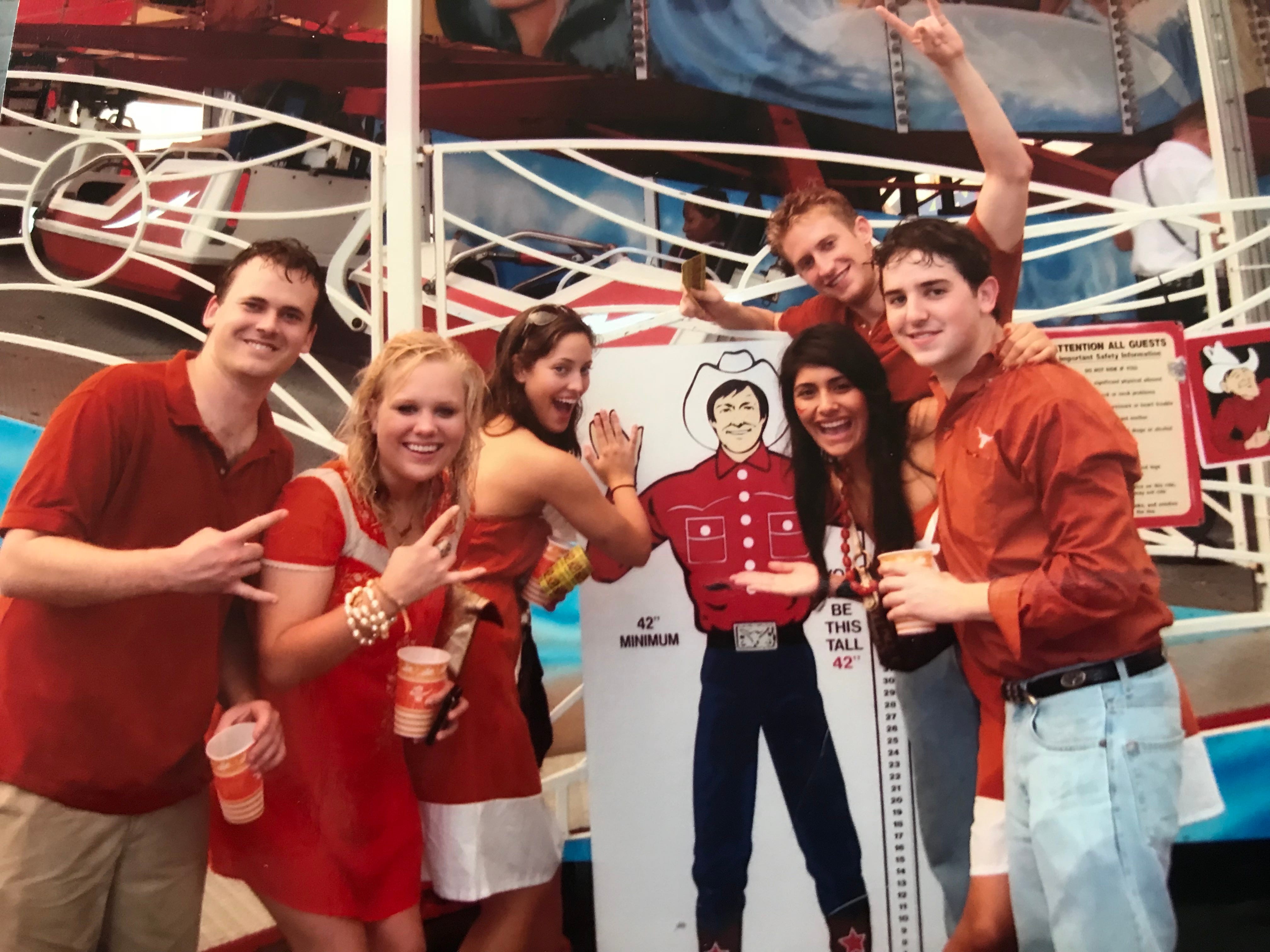 I made it inside the Cotton Bowl for three games, but to my credit I never got lost before the game; I just simply didn't have tickets because they're very hard to come by. My freshman year my boyfriend had tickets. My sophomore year I THOUGHT I watched outside the stadium on State Fair televisions, but I was recently reminded that my date's dad got us tickets. Honestly, I'm still not sure I believe this (I didn't even think I was that drunk?!!), but we'll go with this.

My junior year I watched it from a bar in Rome. (I know I was that drunk.) 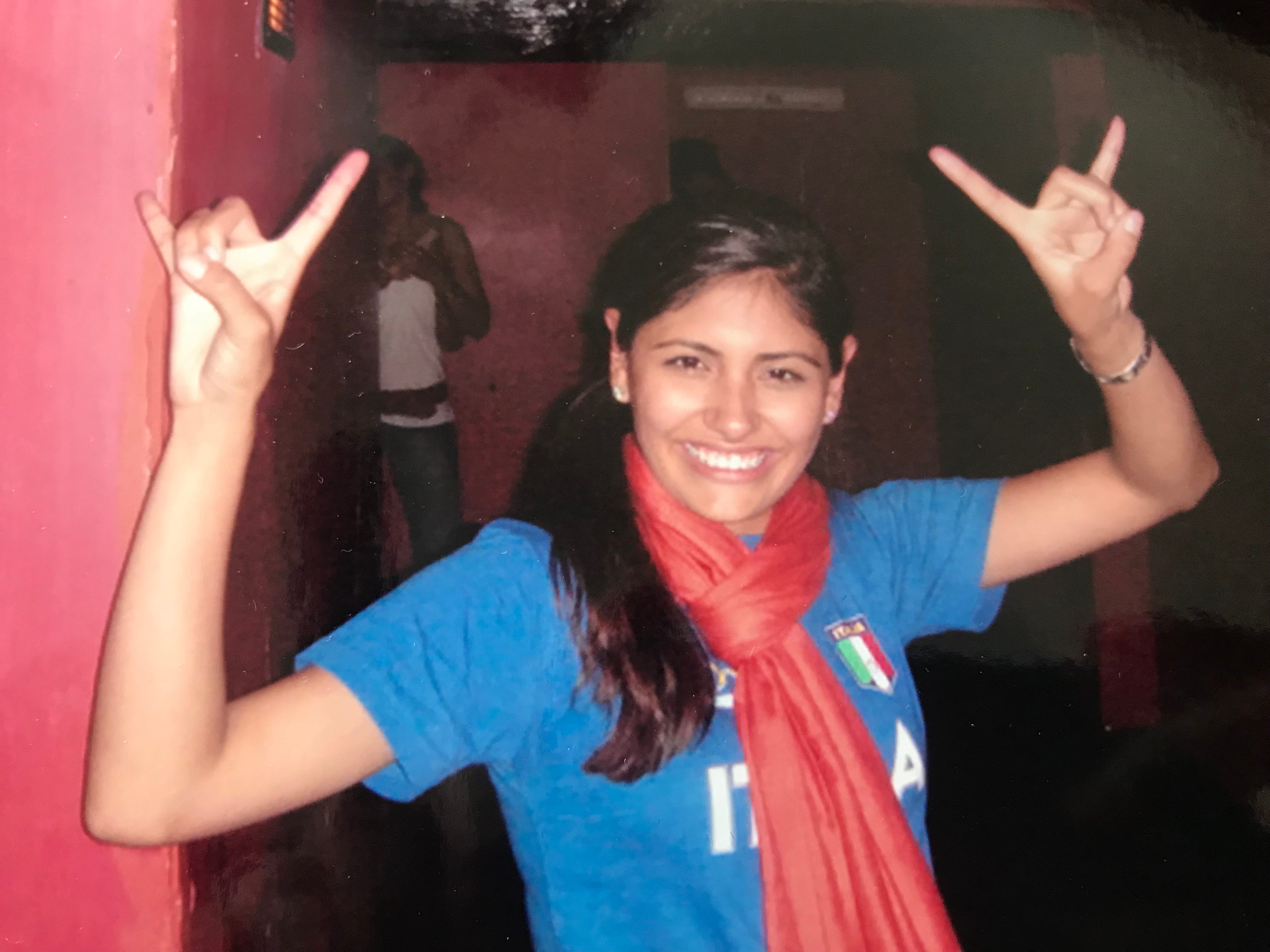 And my senior year we hand-shook these lovely young ladies some Benjamins to let us in the gates. 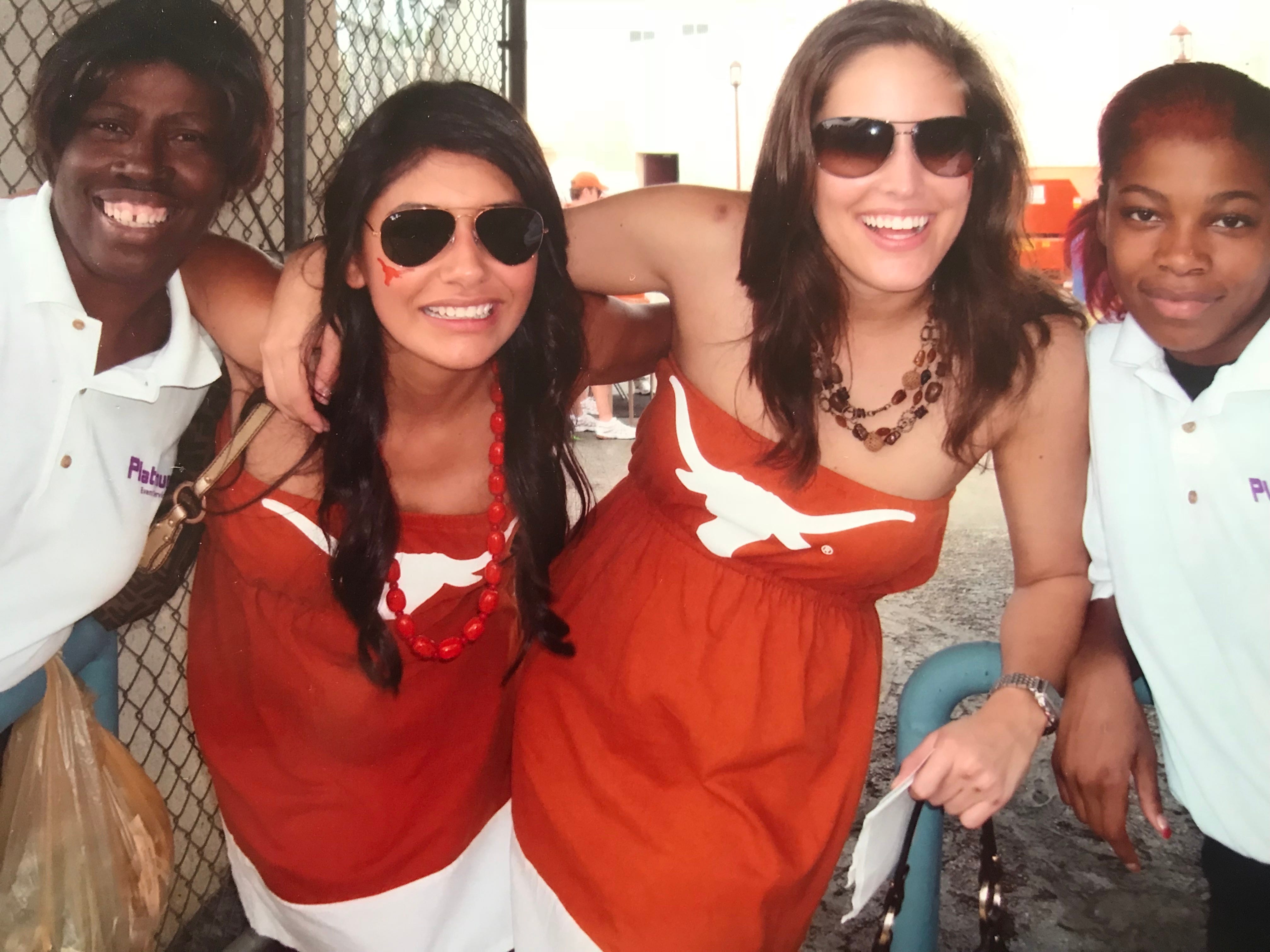 Once inside, the environment is insane and unlike any other college football game I've ever experienced: half Longhorns, half Sooners, split straight down the middle. (Which is exactly how the wins were split when I was in college, 2-2.) 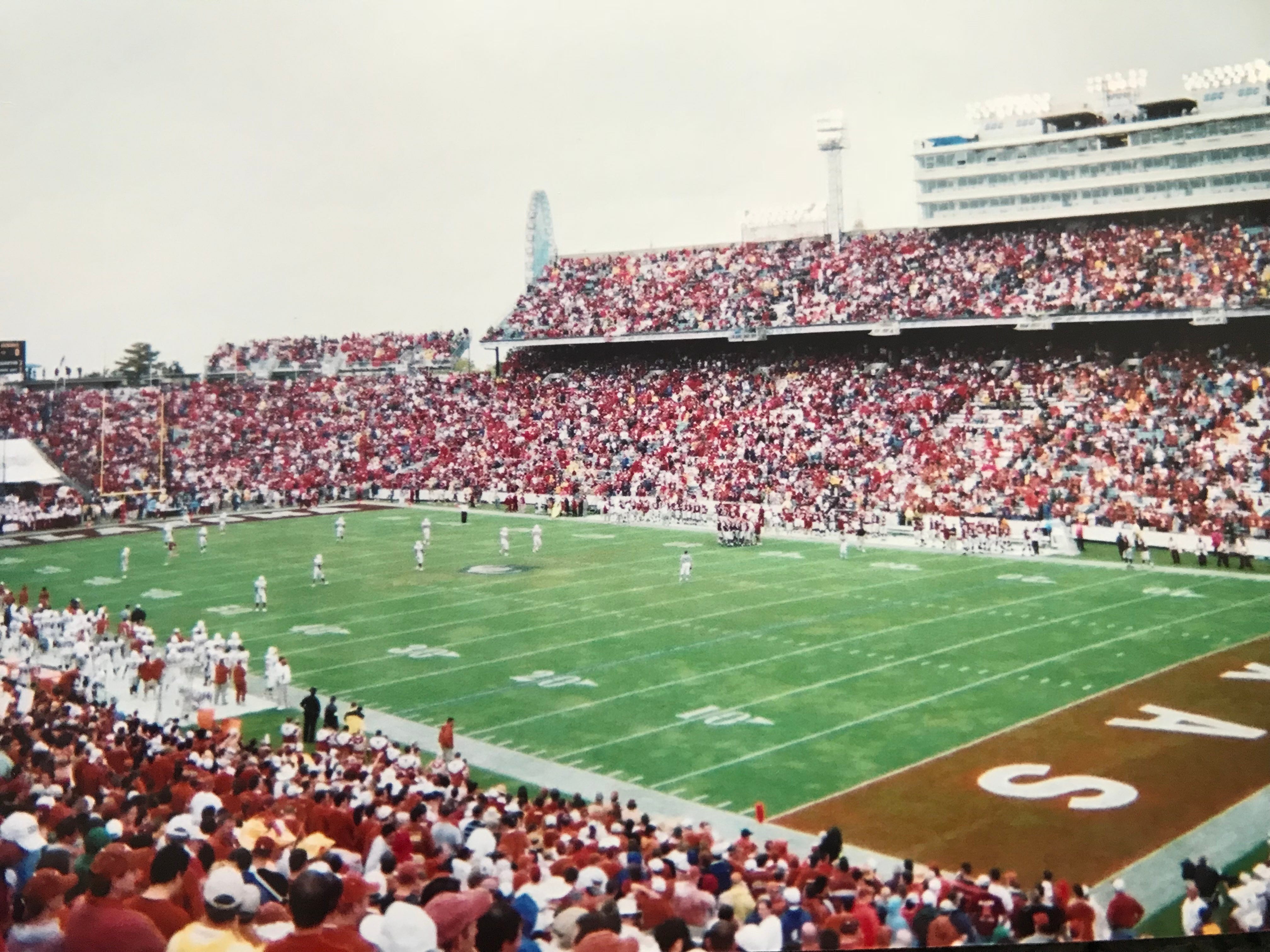 Damn. Those were the football glory days: Vince Young, an undefeated season bookend with the Rose Bowl win against USC -the greatest college football game ever played - and Colt McCoy rounding it all out.

It was a hell of time be at UT.