NY POST – Instead of exchanging vows, Heath Edward Bumpous of Crockett was charged with aggravated robbery for allegedly informing a teller at Citizens State Bank in Groveton that he had a gun and demanding that she fork over cash, KLTV reported.

This is society’s fault. We set these expectations that everyone should get married because marriage + children = happiness! And the one thing we can all agree on is that we want to be happy!

Unfortunately, it’s not that simple.

I mean, you can’t just get married! You to have a big wedding so everyone can judge your love based on the amount of debt you two are willing to get down and dirty with. If it’s not an open bar, then you shouldn’t even bother. (But really you shouldn’t.) If you have a sit down dinner, people will complain they have to sit down for as long as they do and ruin their buzz. If you have a buffet, people will complain the food is dry/cold.

But it will all be worth it in the end. After all, it’s just money and the important thing is your bride will have the wedding she’s been dreaming of since she was a little girl. And as the groom, you know this moment isn’t about you – it’s not YOUR day.

So what do you do if you really can’t afford? You’re gonna turn to the love of your life and tell her to her face that her life-long dream isn’t coming true?

Fuck no! You’re gonna put on your man pants, walk your ass right down to the local bank, and make some motherfucking dreams come true!

“He basically stated that he was getting married tomorrow so he didn’t have enough money for a wedding ring that he wanted to buy and he needed to pay for the wedding venue,” Trinity County Sheriff Woody Wallace said.

That right there is called taking care of business. Handling it.

It’s just too bad he didn’t spend a couple of bucks on a ski mask to hide his identity from the public. 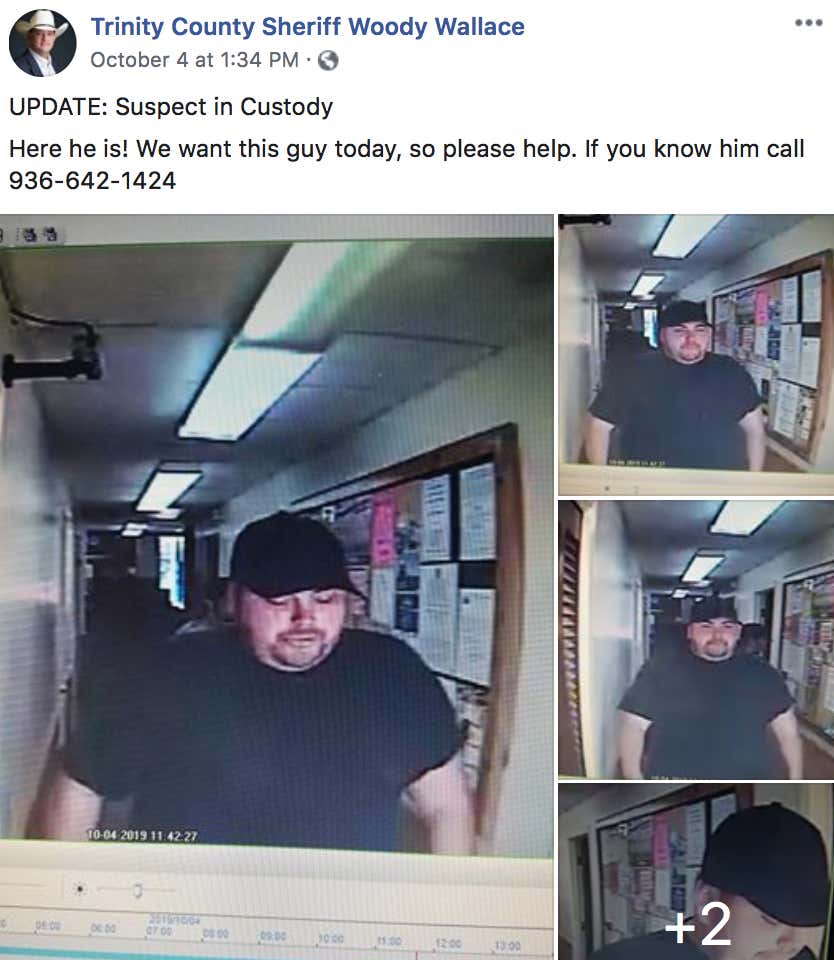 Or at least something, anything, that wouldn’t make it COMPLETELY obvious to his darling gal that he was her betrothed.

“His fiancée, who he was supposed to marry tomorrow, was able to get in touch with him on the phone when she saw our post on Facebook. She knew it was him. She contacted him and asked him if he robbed a bank … she convinced him that she knew it was him,” Wallace said in a video posted to his Facebook page.”

And now instead of being married, he’s in jail for risking it all for the love of his life.

It’s just too bad it happened before “for better or worse.”