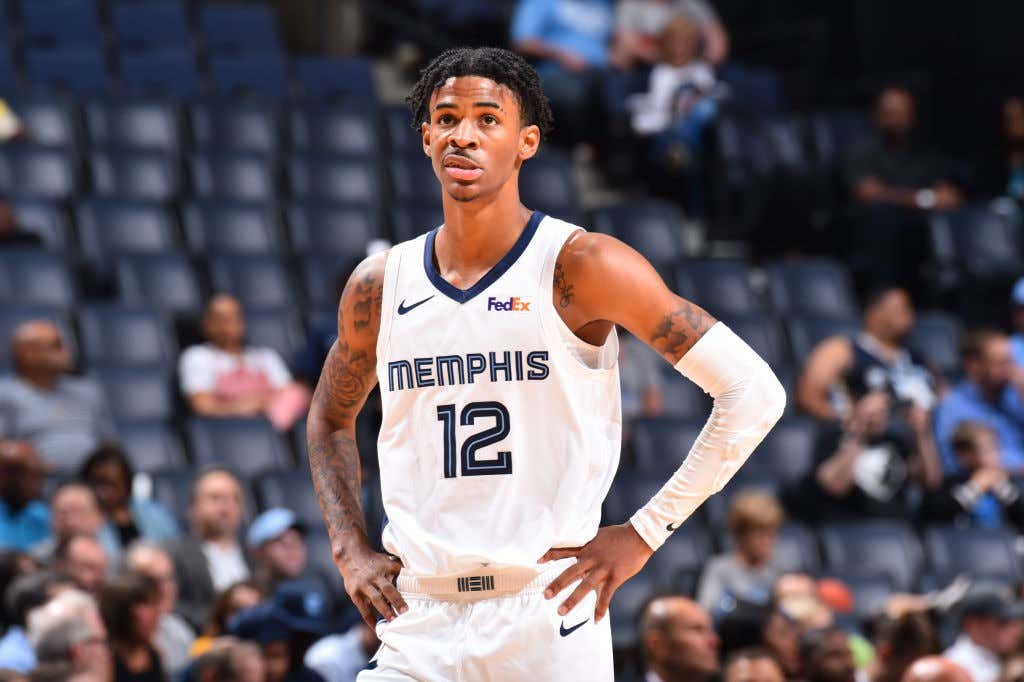 After proving to be a human highlight reel in college and then getting drafted #2 this past June, I’ve been dying to see Ja Morant play at the next level. Remember, he sat out all of Summer League so yesterday in the Grizzlies preseason debut we got our first look at a guy who should absolutely contend for the Rookie Of The Year. In fact, at the moment he has the second best odds behind Zion at +300. Now of course you have to take everything we saw yesterday with a grain of salt because the Grizzlies did not play an NBA team, but having said that Morant and the other young pieces like Jaren Jackson Jr and Brandon Clarke all looked solid. Seeing as how we’ve seen the other two play before, let’s focus solely on Morant

Right away you see a lot of the things scouts considered a strength heading into the draft. His playmaking ability was visible right away, and as the point guard of the future you have to love his passing vision. You know he can dunk and you know he can create for others, but what about the jumper? That was one of the questions about Morant heading into the draft, and while he missed his only 3PA of the night but he did show the ability to knock down a couple jumpers which was nice to see. He also didn’t really turn the ball over, just 1 in his 19 minutes which was another question about him coming in. Granted that might change once he faces some NBA caliber defenses but you have to start somewhere.

For our first look at Morant it’s clear he has a legit feel for the game and as a Grizzlies fan I wouldn’t care who this performance was against. They are in the early stages of a rebuild and when that’s your life you take any positive sign from your young franchise cornerstones you can get. I said it in their preview and I’ll reiterate it here, the Grizzlies may not win a whole lot this year, but with their collection of young talent they are going to be fun as hell to watch.

I know many people out there think Zion may be a lock for ROY, but I dunno, if Morant proves to be this comfortable at the next level once he plays real NBA competition you can’t rule him out. We see Zion’s debut today against the Hawks, and something tells me these two will be battling all year.