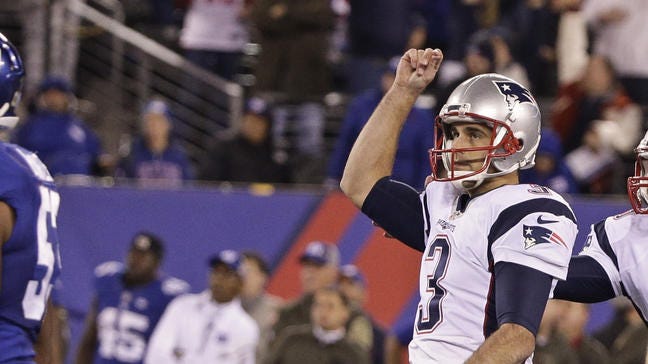 Welp. This explains a lot.

It explains why one of the most accurate kickers in NFL history: 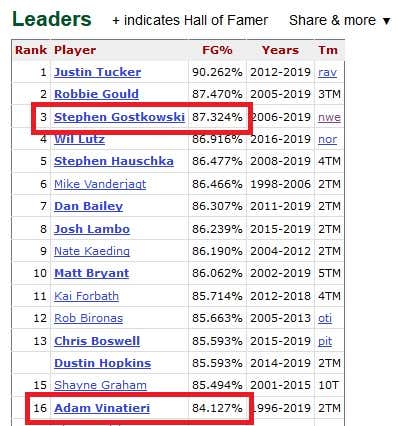 … was suddenly slicing balls like [forgive me the old Patriots reference] Missin’ Scott Sisson. It doesn’t exactly explain why he was only 11 of 15 (73.3%) on extra points but 7 of 8 (87.5%) on field goals, with his only miss being a forgivable 48-yarder at Miami. But, when it comes right down to it, what do any of us know from kicking a ball through uprights?

It also explains the reports that the Pats were working out kickers today and the Gostkowski wasn’t spotted at practice. And this weird bit of verbal judo that went on between Belichick and Tom E. Curran this morning at the Tuesday press conference:

Q: What led you to decide to bring in some kickers for a workout?

BB: Yeah, I don’t think we worked anybody out yet, Tom.

Q: Are you saying you’re not working out kickers today?

BB: No, the question was have we worked them out, and I said I don’t think we’ve worked any out; no.

Q: Why bring them in for later today then?

BB: Yeah, look, I’m not confirming anything, denying anything. We haven’t worked any kickers out, so that’s the answer to that question.

Q: Do you feel the need to give Stephen Gostkowski some competition in the kicking game?

BB: I don’t really think any of that’s related to competition; no.

OK, well I guess it doesn’t explain that at all. Except the part about the kickers they had in that they didn’t work out weren’t not being not worked out because of competition. But because of injury. Or something.

There have been some suggestions that Gostkowski’s problem is actually a degenerative hip thing he’s been dealing with for years. Which seems like a stretch to me since Belichick loves Special Teams like he loves crushing the hopes and dreams of people who have wronged him. And if they had bad medicals on their kicker, you’d think he would’ve loved the opportunity to draft another one. Especially given he brought an extra punter into camp each of the last two years and replaced the shadow MVP of last year’s Super Bowl with a rookie he traded up to draft. This, after all, is the GM who also brought Robbie Gould (No. 2 all time in accuracy) into the league.

But that’s all beside the point. The main issue here is that all the people who’ve expressed frustration with Gostkowski and demanded the team “do something” about him, are about to get their wish. The Patriots are now forced to replace him with the (hopefully) best unemployed place kicker the human race has to offer. Not just to kick field goals and XPs, but to be able to boom kickoffs safely through the back of the end zone or lob wedge them down inside the 5, as the situation calls for it. Which is something even Gostkowski’s most frustrated critic has to concede he’s the best in the business at.

So for time being at least, Gostkowski is going to IR, possibly for good. And you’ll get that replacement a lot of people have been wanting. We should get a name soon enough. And whoever ends up getting the job, the pressure will be on because he’ll be subbing for one of the best there has ever been. And I’m just reminding you to be careful what you wish for. 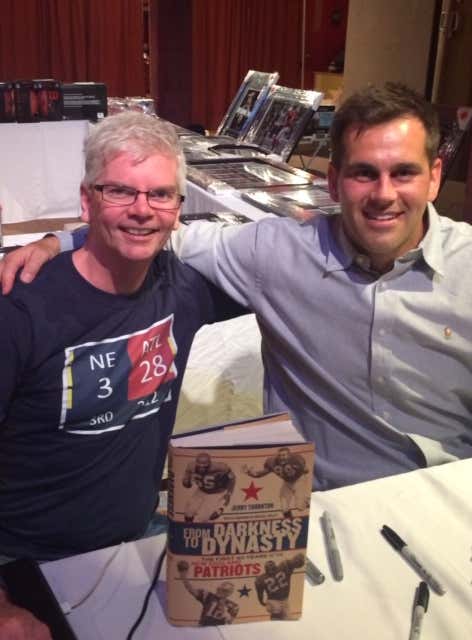